Why I Deleted JDate – the Jewish Online Dating Site 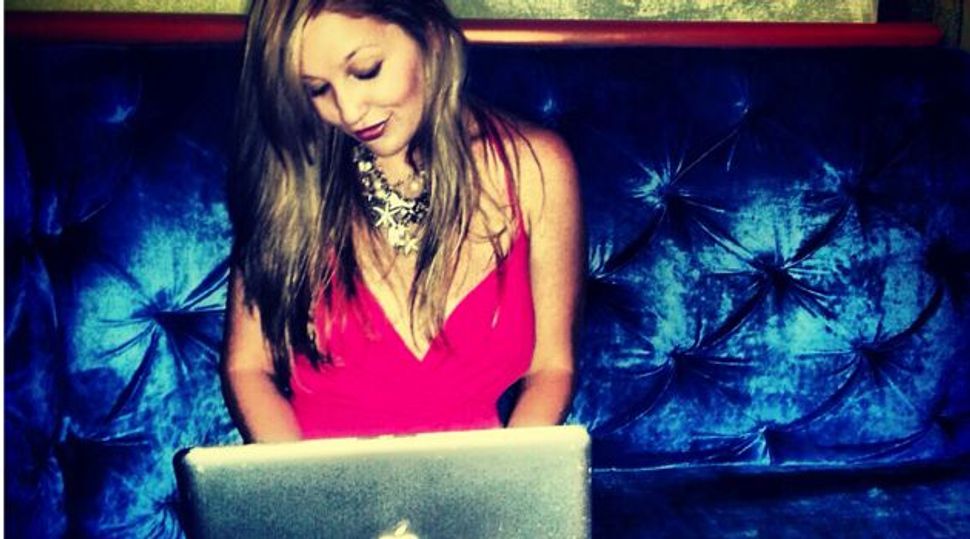 “It’s not you, it’s me,” I said, waving my mouse over the “delete you profile” button on my JDate account. Like all cheesy and overused break up lines, that often serve as our first strike of defense when we’re eager to avoid the real reason why we’re picking up and running in the opposite direction, this one had a whole lot of truth to it.

JDate was the very first online dating site that I joined. I had been living in New York City for a year and found that meeting quality guys was not as easy as finding a quality slice of pizza in this city.

I tried things I never imagined I’d do in hopes of meeting the man of my dreams, like: joining an ultimate frisbee league or Sabbath dinner hopping around the Upper West Side. I even went to a speed-dating event, where I ultimately left without a voice or a potential suitor.

So after the people who loved me the most stopped being so discreet with their recommendation that If I wasn’t going to get off the couch anymore and put down the rugelach, I might as well try to meet someone online, I signed up.

See, everyone always tells you the reasons why you should join JDate:

But after using the site for one whole year, I noticed that no one tells you why, occasionally, you just need to take a break from it.

After about six months on the site, using JDate felt like an unpleasant routine. I’d log on and see a lot of the same people I had seen over the past couple of months and would scroll through my inbox and find messages that would simply make my cheeks explode tomato red and my heart sink with dissatisfaction. Messages like: “How’s JDate working out for you? I don’t want to do this but my mom paid for my account and pesters me every day about it to make sure she’s getting her money’s worth.” Or, one-liners that rhymed and should never, ever be repeated (but I’ll do it here), like: “Your face is a dime, I hope you’ll give me the time.”

But the second I decided to lay-low on JDate, my mom started asking me again and again why I wasn’t meeting anyone on the site. So I decided to give her my username and password and hold her hand as together we browsed profiles and messaged interesting guys.

“Look at this one!” she squealed, scrolling through the profiles of guys like “MazelTovMan0132″ and “JacobTHEMensch2013,” wondering why in the world I wasn’t into them.

There was one profile, though, that caught my mom’s eye. A guy named Jonathan who mentioned that he liked spending quality time with his parents, at the library, or walking around in search of an adventure in New York City. On paper, or in this case on the Internet, this guy seemed like every mother’s dream. So she asked the question I feared the most: “Will you let me message him?”

And I did. She wrote to him: “Jonathan, We have a lot in common. I would like to chat further with you. Please respond if you are interested.”

I thought he would never respond. But he did!

Jonathan was the very last person I went on a “JDate” with. In person, the date fell pretty flat. We talked for a few hours, and found that we would make better friends than anything else.

Eventually, I decided to click down on the delete button and cancel my membership.

Though you won’t often hear this at a Yom Kippur break-the-fast dinner, where people are stacking bagels on top of bagels on their very own plates: everything is good in moderation. Including online dating. Including your attempt at meeting someone on JDate.

If a year has passed and you haven’t met anyone worthwhile on a particular site and logging on to that site makes you gargle frustration and negativity, maybe it’s time for a break. Time to press the off button for a while until you’re ready to start fresh with a new profile.

People always say that searching for love is like trying to locate your old favorite T-shirt: you’ll come across it where you least expect it find it.

Jen Glantz is the author of “All My Friends are Engaged” (Thought Catalog, 2013), a book of dating disaster stories. Contact her at [email protected] A version of this post originally appeared on Jen’s site, http://thethingsilearnedfrom.com/

Why I Deleted JDate – the Jewish Online Dating Site