Why Secular Americans Can’t Get Enough of ‘Srugim’ 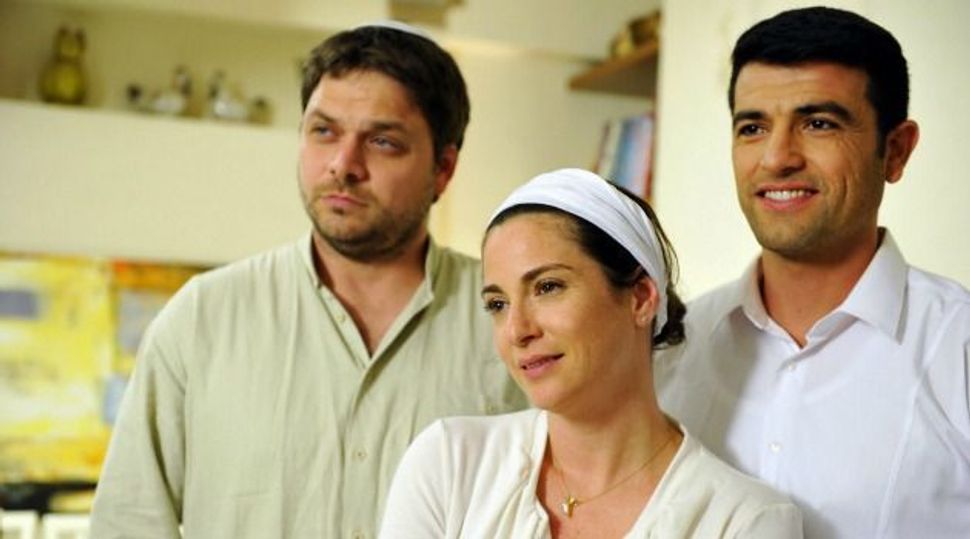 Since the Israeli sitcom Srugim ended two years ago it has gained a following of devoted fans here in the States thanks to its availability on streaming services like Hulu and Amazon. In my circles the show is passed along like a chain letter or a gift. “You must watch,” one tells the next, “it is sooo good.” And it is.

My personal Srugim revelation happened this spring. During this time my husband was doing a considerable amount of traveling for work, which meant that I was in need of something to fill some of the time gap between my child’s bedtime and mine. And then along came Yifat, Hodaya, Reut, Nati and Amir,four national religious singles in their 30s living in Jerusalem and trying to figure it all out in between, and during, their weekly Shabbat dinners. I finished the entire series in under six weeks. My mom, in three.

This week, Slate’s television critic Willa Paskin wrote a love letter to the series, rousing up old fans and inspiring new ones with her endorsement. She frames the show as a Jane Austen-style marriage plot, a throwback to the stories of yore when marriage was a precursor to sex. When referring to an episode in which an unrequited crush evolves into a coitus-free sleepover followed by the caddish guy, a type all too familiar to the secular crowd, vanishing the following day, Paskin writes: “Turns out, nothing revitalizes Sex and the City plot points quite like chastity.”

Indeed, the chastity is a big part of what makes this show feel fresh and exciting. Though it isn’t just because the moment before a big kiss is steeped in a tension that is hard to replicate after the lips lock (to be clear, this is not what Paskin argues), but because there is so much more at stake in every aspect of mating for these characters than there is for those who populate our networks here in the States. Srugim has given us something new.

What’s at stake? Oh, just their place in the dati community, which is structured around nuclear families, continuity of their traditional religious lifestyle, the future of Israel which relies heavily on the procreation of its Jewish citizens and, ultimately, the future of Jews overall. So, yes. It all really matters to them.

In the U.S. we are living in an era when few feel bound to any one particular institution or community and the rules within them. We kinda do what we want, and pretty much like it that way except when we have to grapple with the existential ennui of the open road ahead of us, which we actually really like too. We’ve exchanged belonging for freedom, and now are tasked not only with creating meaning, but coming up with our own meaning-making tools as well.

And then there are the characters of Srugim, who, for the most part, are not seeking context so much as their place within one that is much bigger than any of them. Watching them do so is sometimes inspiring and sometimes frustrating, but nearly always entertaining. It revealed to me the ways in which limits can push us to find new openings within ourselves, and how boundaries can push us to go deeper with the people and ideas that immediately surround us. Does this mean I am ready to become Orthodox? No. Just that the show functions as much as a commentary on their lives in Jerusalem’s Orthodox community, as it does on our lives outside of it.

Why Secular Americans Can’t Get Enough of ‘Srugim’