Lisa Belkin, Queen of the Motherlode 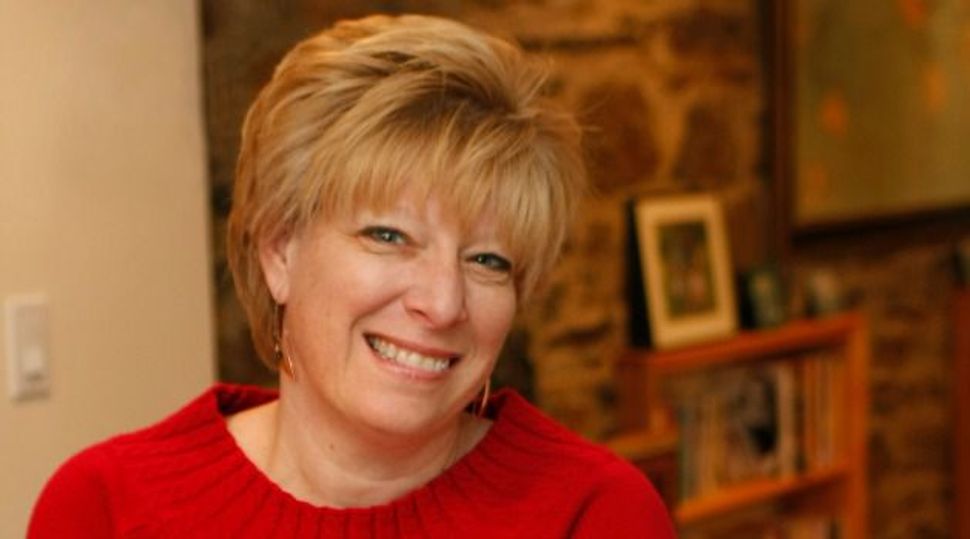 Before Sheryl Sandberg there was Lisa Belkin. Working her way up at The New York Times, Belkin became every mother’s favorite mother in 2008 when she started the Times Motherlode blog. The blog touched a nerve as it focused on the elusive balancing act of work and parenting. Her most infamous phrase, “the Opt-Out Revolution,” came from a feature Time Magazine story in 2003 — at the height of the dotcom boom — about high-powered career women leaving the workforce to stay at home with their children. The story garnered strong reactions from readers.

The author of three books — “First Do No Harm” (1994), “Show Me a Hero” (2000) and “Life’s Work: Confessions of an Unbalanced Mom” (2003) — Belkin moved on from the Times to helm The Huffington Post’s HuffPost Parents and as their senior correspondent before accepting a position as Yahoo’s senior national correspondent in March. When this wife and mother of two boys, Alex and Evan, spoke to the Forward’s Lenore Skenazy, she said she owes it all — sort of — to the Forward.

Lenore Skenazy: How do you owe it all to the Forward?

Lisa Belkin: My great-uncle wrote for the [Forverts], so I got the “writing gene” from him.

When did it manifest itself?

I grew up on Long Island and was an editor at my high school paper. In college you sort of gravitate toward the same [as in high school].

After graduation, you planned to be a reporter?

I was going to go to law school! I got into University of Virginia; I paid them my $100 deposit. I got myself a roommate and an apartment and I was all ready to go, but I’d applied for one newspaper internship.

Next thing you know…

You wanted your diploma?

Forget my diploma! I wanted my transcript! What courses did I take?

Instead, you got started at the Times. How was that?

I answered phones, first for Hedrick Smith. Then I transferred to the Metro Desk in New York.

You got promoted to reporter. What beat?

Consumer reporter. This amused my family no end, because I wrote a big story on how to buy an air conditioner, and it was full of BTUs, and energy efficiency ratings, and shortly afterward my air conditioner broke. So I called my father and asked him what to do.

Could that be what led you to the parenting beat?

So I’m writing for the [New York Times] magazine and there was the infamous day when I’m doing a magazine piece about [former New Jersey Gov.] Christine Todd Whitman, and I hadn’t realized Alex had answered the phone and talked to her for a good, long time. And Evan had a check-up. So I was “closing“ the magazine piece, and there’s a window of time you can make changes. So I had Evan in the car and I was standing by the fax, pulling out the galleys. I jumped in the car, got to the doctor’s office, I’m sitting in the waiting room; Evan’s got his head in my lap, I’ve got the galleys over his head and I’m on my cell phone, calling in various changes to the staff, basically screwing everything up, and this woman across the waiting room looks at me like I’m “Mommie Dearest,” and I’m thinking, “I’m doing the best I can!” And [later] the phone rings and it’s an editor at the business section, and she said, “We want to do a column on balancing life and work, and since you’re such a good example of balance…” I ended up writing the Life’s Work column.

That’s when you wrote the biggie — the article I still hear people talking about?

The idea that women were leaving work to spend more time with family touched a nerve? For a while, I’d step away to go to the bathroom and come back to another 100 emails.

Well, that prepared you for blogging!

The Motherlode was one of the first of its kind of parenting blogs — one of the first to aggregate a whole lot of voices. It started in October 2008. I loved this new world — the immediacy, the conversation. [But] it was not what The Times was meant to do, so I ended up talking to Arianna Huffington and she said, ”Why don’t you come and try it over here?” And I did, because I wanted to see the future of journalism.

Give us some hope!

I learned that I have no idea what journalism is going to be like. There will always be a need for information, for facts, but in a way we’re at the same kind of moment when silents went to talkies, or radio to TV. You’re going to come write for the Forward like your great-uncle? Stay tuned.

Lisa Belkin, Queen of the Motherlode