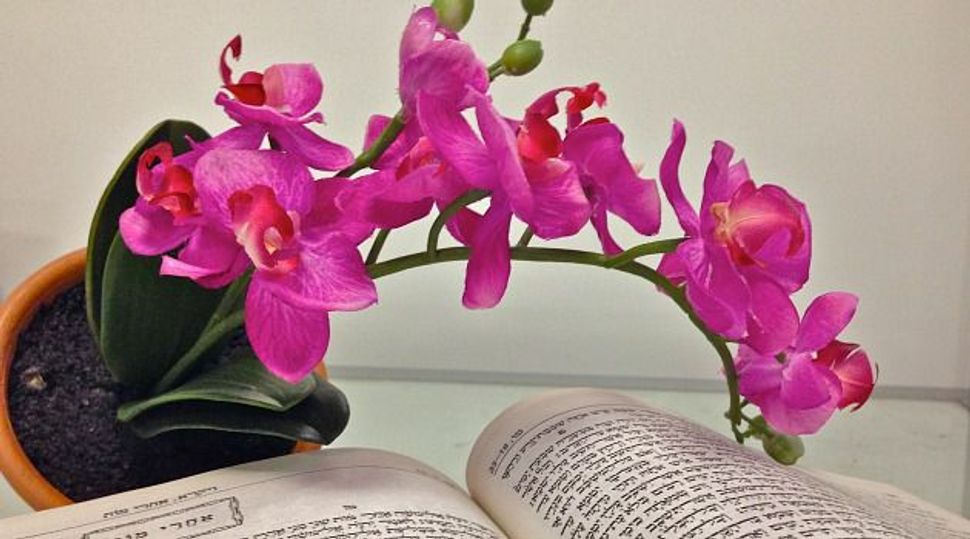 Sixty women sit in an ever-widening circle at B’nai Jeshurun Synagogue on the Upper West Side. We’ve come to explore a topic that has haunted me, particularly at this time of year, ever since I was a child. Rosh Hashanah is approaching and with it comes a reminder of our vulnerability to the life-threatening gezera or the harsh decree that Jewish tradition teaches will befall us if we don’t properly repent.

In my Orthodox upbringing, we were educated in a rigid schema of hard-earned reward and well-deserved punishment. How could I possibly convince an all-seeing God that I was worthy of living another year? I was more self-absorbed than helpful, curiosity won out over compliance, leaving me anxiety-ridden that my transgressions outweighed my good deeds. I trembled in terror that I might not make it past the age of 10.

Grown-up now, we are no longer in the grip of literalism. But vestiges of the primal terror and doubts about our worthiness still hold us in their sway.

That night, the women came to grapple with the potential gezera, the dark shadow threatening our desired outcomes. Is the damning decree generated by internal factors or imposed from without? The liturgy tells us that teshuva or return, prayer and good deeds will overturn the unpropitious gezera. I ask the group, what are the real life skills or resources that might counter a harsh decree?

The discussion focuses on our tendency as women to internalize the gezera. We too often impose harsh verdicts upon ourselves. Countering the gezera begins with a reframing of our own internal soundtracks and reimagining possibilities.

One strain of our tradition outlines a simplistic causality – do the right thing and a paternal God will spare you the gezera guillotine. We know it’s more complex than that. We live within a core tension, in the spaces between responsibility and resignation, self-determination and despair.

Avivah Zornberg, the renown biblical commentator tells us the gezera is a state of mind. She writes, “to be stuck in gezera mode is to dwell in Ezekiel’s valley of dry bones without the creativity, hope or transformation that will someday let those bones live again. To be a victim of the gezera perspective is to say ‘no’ to all possibility and to cling to the way things are.”

On a brighter note, Zornberg sees women as founding members of the “anti-gezera brigade.” She writes about our resourcefulness (and conniving too) when it comes to overturning bad edicts. (She invokes the biblical Rebeccah, Tamar, Miriam and Ruth as examples.) Zornberg tells us that women not only disrupt the status quo, “they demand nothing less than a totally restructured way of looking at life.”

The energy builds as we each tell a story of a looming gezera that threatened our well-being and share the resources and strategy that helped us to overcome it.

That night, teshuva or “return” comes to mean reconnection with a new core message, prayer denotes communion with others and good deeds call for joining the anti-gezera brigade.

Before we end, the women go a daring step further. What if we stopped using this gezera language altogether? What if we replaced the central imagery of the Rosh Hashana liturgy – a judgmental God, a formal court On High, trembling angels, harsh reckonings and supplicant mortals – with an alternative scene?

We are gathered in our mothers’ kitchens, offering up stories along with holiday spices, sniveling a little over our sliced onions and missed opportunities, sharing resources and softening the edges of inevitable misfortune.

I tremble a little as in by-gone days. We are rewriting both internal and external scripts. We imagine God getting older and more mellow along with us, joining us at the kitchen table. It is only the heads of fish that roll as we inhale sweet savour along with possibility and loosen the grip of the gezera.

Susan Reimer-Torn is the author of the memoir Maybe Not Such a Good Girl: Reflections on Rupture and Return. The conversation about gezera continues on twitter.com/susanreimertorn