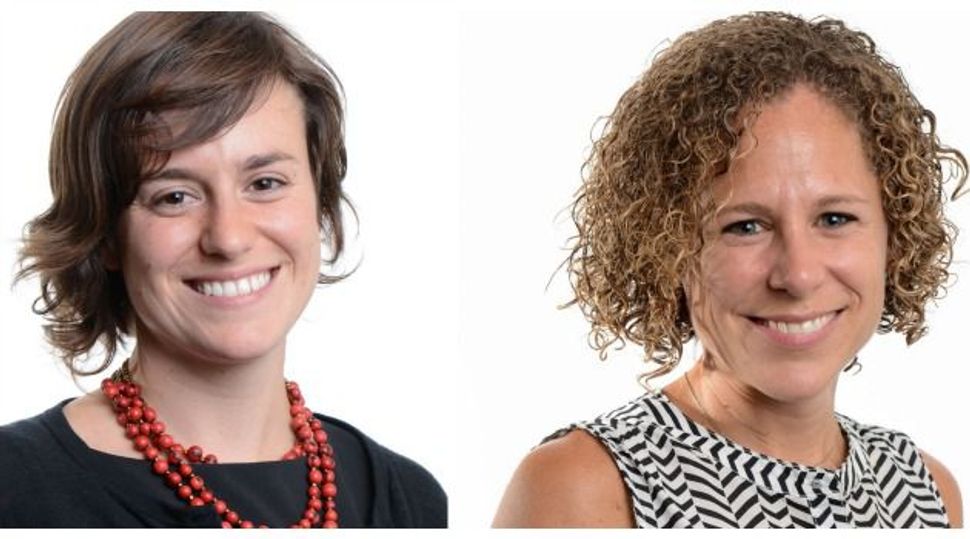 JTA — One gets Jewish teens and b’nai mitzvah students involved in community service work in urban Detroit. Another is working to improve online Jewish education options. And another is developing a unique curriculum based on women of the Bible.

All of them are women.

Joshua Venture Group (JVP), a nonprofit organization that has been investing in Jewish entrepreneurs since 2000, recently announced its selection of six fellows for its 2014-16 Dual Investment Program. This is the program’s first all-female cohort — something that happened not by design, but was a “pleasant surprise,” as Lisa Lepson, the group’s executive director put it.

“An investment like this in female Jewish leadership is refreshing to see in our community, and we look forward to watching these women build a strong support network together alongside their impactful ventures,” Lepson said in a news release.

The two-year program, which begins this month, seeks to cultivate visionary leaders and ideas that will strengthen the Jewish community through educational, social, spiritual, cultural and service programs. Each fellow will receive more than $100,000 in funding and support to develop her ventures.

Past Joshua Venture fellows include Idit Klein, of the Jewish LGBT group Keshet; Amichai Lau-Lavie of the Storahtelling theater troupe; and Sarah Lefton of G-dcast, a producer of Jewish animated videos and apps. Listed below are the six new fellows :

Listed below are the six new fellows :

PeerCorps is a mentorship program for Jewish teens and b’nai mitzvah students to forge relationships with one another and with community-based work in Detroit. PeerCorps partners with a diverse range of grassroots initiatives within the city, addressing issues like food security, housing for political asylum seekers and education.

The Lookstein Virtual Jewish Academy (LVJA) is an online school working to provide quality Jewish education to Jewish day school students as well as to select motivated Jewish learners throughout North America. The LVJA empowers students to connect with a global network of enthusiastic Jewish learners.

Orot: The Center for New Jewish Learning is a multidisciplinary facility aiming to provide the Chicago area with a pluralistic model for Jewish study and practice. The facility seeks to brings people together from across a wide spectrum of affiliation (including the unaffiliated) to explore Judaism through meditation, music, creative writing, visual arts and movement.

Alicia Jo Rabins – The Complicated Lives of Biblical Women, Portland, Ore. The Complicated Lives of Biblical Women is an educational curriculum based on the complex stories of women in Torah. The curriculum combines text study with art, music and participant-generated commentary to deepen awareness of often under-studied stories.

The I.D.E.A. Schools Network aims to transform Jewish day schools through project-based learning, a method that lets students tackle and solve real- world problems; produce multimedia creations that have value and relevance in the real world; and develop their creativity, digital literacy, collaboration skills and other tools.