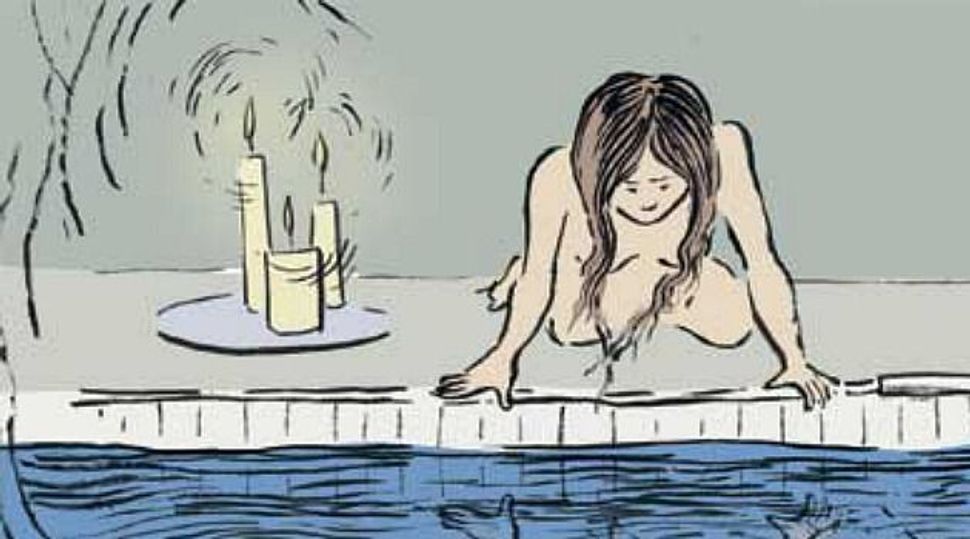 It’s time for Simchat Torah, but I don’t feel much like dancing. A promise I made long ago has been broken.

In the summer of 1986, I wrote what many consider the first piece about non-Orthodox women using the mikvah. Published in Lilith Magazine, in “Take Back the Waters” I proposed a feminist re-appropriation of mikvah and all its symbolism. I suggested that the mikvah no longer be considered the domain only of married women; its rationale not only to make us “kosher” for resumed sex with our husbands but to mark important moments in our female lives: first menstruation, menopause, lactation. After that article I started taking women to the mikvah for all sorts of experiences: after chemotherapy, after marital infidelity, after rape. I went before my ordination and again after shloshim for my sister. I wrote other articles and suggested many times that mikvah be considered “spiritual therapy.” I found myself on panels with psychologists speaking about how helpful mikvah could be for these non-traditional uses.

In effect, I promised women that the patriarchy which controlled our bodies and the mikvah itself could be overturned with our good feminist intentions.

This week proved me wrong.

Rabbi Barry Freundel, a once-highly respected Orthodox rabbi, is accused of peeping at women through hidden cameras in the mikvah. Much has been said and written already about all this.

Let me add my voice in this direction: we must continue to see this travesty not as an isolated incident but as a result of a system which continues to both sexualize and desexualize women concurrently, and all within the name of Jewish law.

In a system which monitors what women wear so they are more invisible as female curves, legs, buttocks and breasts, prurient interest in what is under those long skirts is bound to surface.

In a system which permits the intimacy of a woman’s post-menstrual stain on her underwear to be displayed to a male rabbi to determine her accessibility for sex, prurient interest in who is wearing those panties is bound to surface.

In a system which does not allow adolescent sexuality and those with raging hormones to play, flirt, or even sometimes converse between genders, prurient interest in what we missed as teens is bound to surface.

In a system in which the mikvah retains its fantasy-allure as the place sexually unavailable women become available again the very same evening, prurient interest in what is going to happen later is bound to surface.

In a system which continues to frame taharat hamishpacha — the laws forbidding a husband to have sex with his menstruating wife for a full week after the week of her actual period— as a perpetual honeymoon, as an idealized and perfect relationship-healer, without dealing with its frustrations and repressions, prurient interest in what we may be missing is bound to surface.

Let some good come out of this. Let Orthodox women take back the waters once and for all, by asking the hard questions about patriarchy and its results in their community. By asking how the idea of mikvah can be cleansed not only from this horrible rape with the eyes, but from its associations with women as clean, unclean, ready, not ready, covered or not covered. Let women-owned, women-controlled mikvaot as we have in the liberal community start to flourish in the Orthodox world, and let new definitions, new vocabulary and new research into human sexuality and its limitations pour out like water.

And please, Orthodox sisters: listen to non-Orthodox women who found the mikvah spiritually uplifting when detached from sexuality. The idea just might make us all feel clean again.