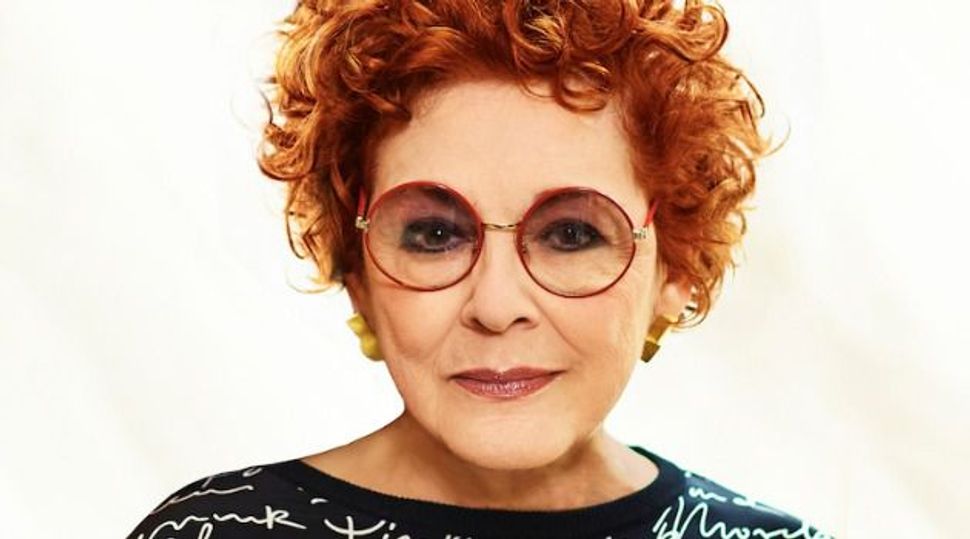 (JTA) — When your mother is the world’s most famous advice columnist you wouldn’t think you’d have to learn any lesson the hard way. But Margo Howard — daughter of the late Ann Landers and the niece of Landers’ twin sister Dear Abby (née Esther and Pauline Friedman) — had to marry four times before she finally felt she’d gotten it right.

In her new book “Eat, Drink and Remarry: Confessions of a Serial Wife,” the 74-year-old Howard, a Jewish former journalist and Slate’s former “Dear Prudence” advice columnist, details her matrimonial history and the various adventures and lessons learned along the way. One lesson she didn’t need to learn was thrift: thanks to her high-profile parents (her father, Julius Lederer, founded Budget Rent-A-Car) and high-earning hubbies (hotel investor, funeral director, actor/TV star and heart surgeon), money has never been a concern. The book includes abundant descriptions of Rolls Royces, boarding schools for her three kids (from marriage No. 1), live-in nannies, swanky vacations and celebrity-studded social gatherings. The memoir contains plenty of Yiddish phrasing, and some Jewish revelations, too — like how her famous mother had long dreamed of her marrying a Jewish doctor.

Howard — the surname comes from her third (and only non-Jewish) husband —spoke with JTA by phone from her Cambridge, Mass., home the day before Yom Kippur.

I noticed three of your four husbands were Jewish. Was that a conscious decision? Did you care whether or not you married a Jew?

In college [at Brandeis] I was allowed to date only Jewish boys. Mother said there was no reason to introduce difference and difficulty into a marriage. I was given an order, and we were so close that I was obeying that. At least until I got fixed up with Aga Khan, who was at Harvard. I said I was fixed up with an exchange student at Harvard. His name is Khan. What do you think?

The interesting thing about husband No. 3 — Ken Howard — my mother was crazy about him. That caused her to change her view professionally that you should not marry out. She decided that if the people were not too invested in their religion — and we are cultural Jews — if you talked about it first and it didn’t make a problem, it was OK. [The fact that my current husband is Jewish] was an accident. I would’ve married him if he were a goy. He was just marvelous. And while Judaism hasn’t been important to me, there’s a certain comfort and familiarity culturally.

Did you have any kind of Jewish upbringing?

I have no Jewish education, because during the Sunday school years we were living in a tiny town in Wisconsin. Our parents made an arrangement for a rabbinical student to come, but the weather was always too bad whenever he was supposed to come.

Why do you think so many advice columnists are Jewish, particularly Jewish women — your mom, your aunt, yourself and Slate’s Emily Yoffe, to name a few?

It cannot be random that so many advice givers are Jewish. It must be something in the makeup of Jewish life that inclines our people to become advice mavens. It’s likely some stew of family life, a desire to help, a need to be useful, an ability to pass on wisdom. And the yenta gene.

If you could sum up your advice on marriage in one sentence, what would it be?

Take your time. What’s the hurry? My mother used to say that to me.

Do you give marital advice to your children?

I don’t give them too much advice. If I care about something, I say it maybe once and then lay off. I understood from my own life — that which you learn that costs nothing has no value. Some things you’ve got to do yourself or it has no meaning.

Are you worried that by writing this book and saying that you’ve finally found your “Dr. Perfect” you’ll jinx your current marriage?

No. It’s a function of getting old, I think. You know where you are. You have all that backlog of experience to fall back on. This is it. Death will end this marriage.