The press called her a “Queen Among Thieves” and the person who “first put crime in America on a syndicated basis.” In 1884, The New York Times named her “the nucleus and center of the whole organization of crime in New York City.” During the Gilded Age, Fredericka Mandelbaum, a German-Jewish immigrant, rose to power as the country’s premier fence—seller of stolen goods. Described as “a huge woman weighing more than two hundred and fifty pounds” with “extraordinarily fat cheeks,” Mandelbaum was the head of one of the first organized crime rings and a driving force behind New York City’s underworld for more than twenty-five years. J. North Conway, who has written the new biography “Queen of Thieves: The True Story of “Marm” Mandelbaum and Her Gangs of New York,” talks with The Forward’s Sarah Breger about life in the Gilded Age, chasing the American dream and why no one has turned Mandelbaum’s life into a Hollywood blockbuster. 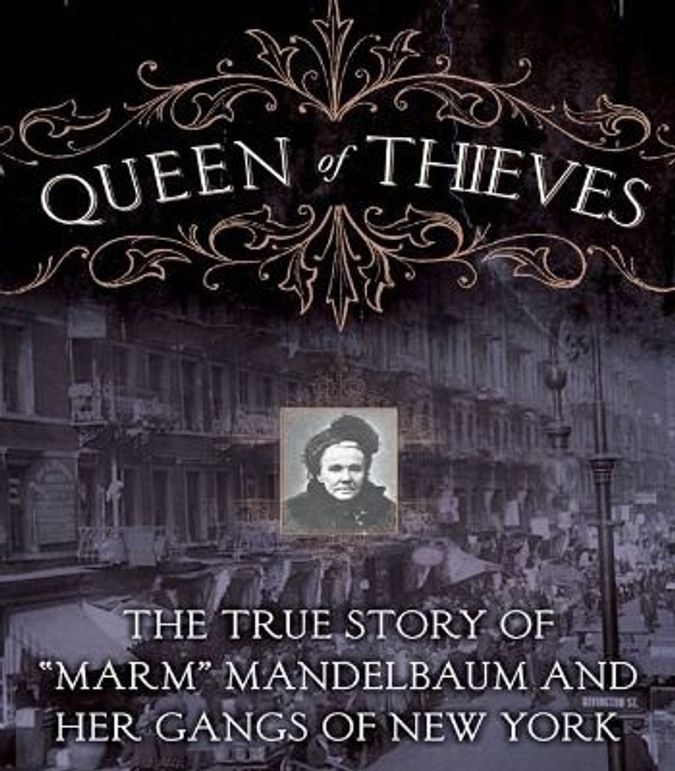 Image by Courtesy of Skyhorse

Sarah Breger: What brought Fredericka Mandelbaum to New York?
J. North Conway: A combination of factors including the infamous potato famine of 1848 and increasing restrictions against Jews in Germany brought Fredericka to the United States in 1850. Her husband Wolf, had sailed a few months earlier, so she was traveling alone in steerage with a new baby. She was so tall that some documents I’ve seen said she had to stoop the whole time.

SB: Why did Mandelbaum enter a life of crime?
JC: This is a story of coming to America for whatever reasons and trying to make good. Like every immigrant she was trying to make a better life for her children. She came for the American dream and it happened to be the only job she could get was in crime. And she was good at it. I couldn’t find where she learned the ropes or if she had an innate ability but she knew how to set up this criminal network. She knew enough to bribe the right people, and she knew protecting her interests meant protecting a cadre of criminals; if they went to jail, they couldn’t steal things, if they couldn’t steal things, they couldn’t sell to her, and then she couldn’t sell to other people. If you were to do a flow chart of her enterprise, it would look like a very functioning business today. As a business model you would say she would be up there with the Bill Gateses of the world.

SB: Was it common for women of period to be involved in crime?
JC: Fredericka was the “queen pin” of underworld activities. She was the first such woman— or if she wasn’t the first she was the biggest and most successful. She knew exactly what she had to do to rise to the top—not just buying and selling. But she knew money talked and which politicians, police or judges to give it to. She made more money and had more power than any woman of her era in any legitimate business.

SB: Was her husband involved in her business?
JC: Wolf didn’t seem to play a role in her rise to power, but the indication I got from my research is many criminals of the period had a duality in their life. They had their husbands, their families, their children, religion, social events and then had the other side of their life which in her case was stolen goods. She remained devoted to Wolf and never remarried after he died. An anecdote that I couldn’t verify but is well known was that Wolf loved to hear piano player and safe-cracker Charlie Bullard play. When Bullard was arrested, one of the reasons Fredericka broke him out of jail was to have him come back and play for an ailing Wolf.

SB: Was Mandelbaum a religious Jew?
JC: Very, one of the interesting things is she remained fairly religious throughout her life. She settled in the German Jewish community and had very deep connection there and she was attached to her synagogue— Rodeph Shalom in Queens. 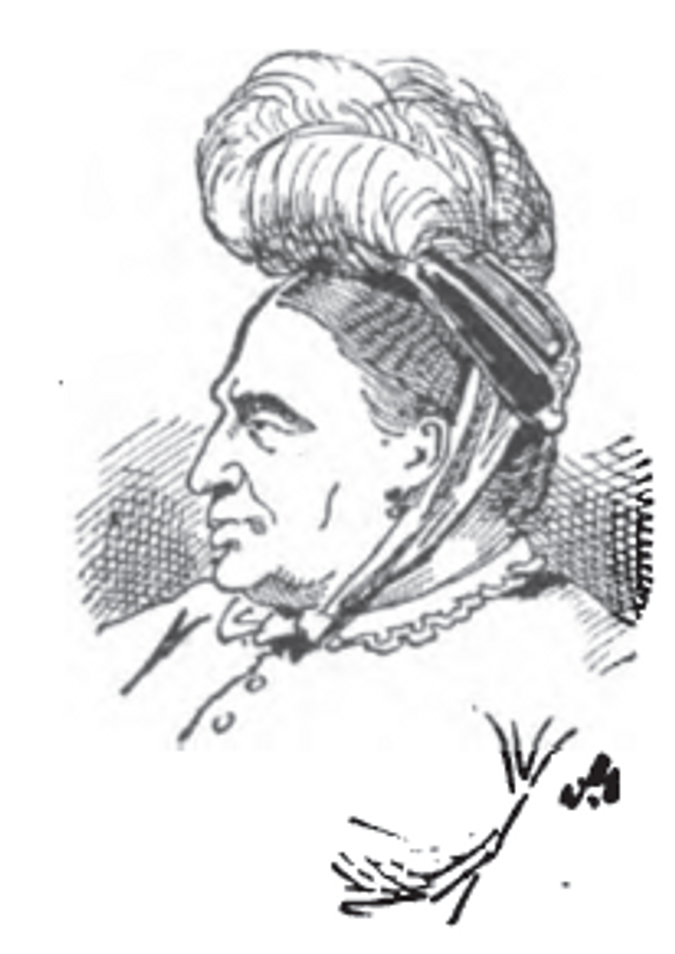 SB: How far was her reach?
JC: What became apparent during her trial was that she had bribed so many people –judges. Politicians, police—that even though everyone knew what she was doing, they were all on her payroll and had no reason to stop her. People didn’t look at her as the common everyday criminal. Even legitimate businessmen bought from her.

SB: Was she known outside of New York?
JC: As time went on and she became the largest fence in New York, the network of criminals she associated with expanded and she found herself with stolen merchandise from all over including stolen items from the Chicago Fire.

SB: How did she eventually get caught?
JC: Around 1884 there was a new district attorney, Peter Olney who had vowed to clean up government. He pinpointed Mandelbaum as the nucleus of crime in New York City. His goal was to make a name for himself but also get the center of crime behind bars and that happened to be Mandelbaum. Olney couldn’t trust anyone in government or police since they were likely on her payroll. So he bypassed them and brought in the private Pinkerton Detective Agency who set up a sting operation.

SB: How did Mandelbaum escape?
JC: By this time, public sentiment was turning against criminals and corruption. Mandelbaum had two of the best lawyers in the country but even they said they couldn’t get her off. She was released on bail for $30,000—which back in 1884 was a huge amount of money. Pinkerton detectives put her on 24-hour surveillance. One day they followed her to her lawyer’s office and then followed her back home. But it wasn’t her, it was one of her maids. She had literally slipped out the back door of her lawyer’s office with one million dollars in cash and diamonds. She went to Ontario, Canada, which at the time had no extradition treaty with the United States. She was able to escape prosecution and live out the rest of her life pretty comfortably with the money she brought. She got off scot-free. You almost want to cheer.

SB: Did she ever return to the United States?
JC: According to most reports she retired in Canada— she supposedly sent cards to her old associates with her address saying, “come up and see me some time”. She did slip back into the country in November 1885 when her daughter Annie died. Everyone— including The New York Times— knew she was there. I don’t know why, but she crossed the border untouched, even though those warrants were still open.

SB: How did she die?
JC: She died at 65 and was buried at her family plot in Queens. Everybody turned out for her funeral— businessman, police and even a bunch of well-known criminals. But what was most ironic was the story that appeared in the Brooklyn Eagle the next day: After the graveside ceremony many attendees went to the police to report that they had been pickpocketed during the service. I couldn’t write a better ending.

SB: Why don’t more people know about her or how is this not a movie?
JC: It’s almost an affront to tell this story for a lot of reasons. The biggest reason is she got away with it. She lived a life of crime, she had enormous power, enormous wealth and got away with it. The other is that she is a Jewish-American woman. Somehow we hear about Carney and Rockefeller but it is very difficult to find names of women like Fredrika Mandelbaum. That’s because most historians are men and if they have a choice they want to tell a man’s story. I’m not trying to make this a sexist or feminist issue but it’s very rare we talk about women’s roles in history because they have been obscured.