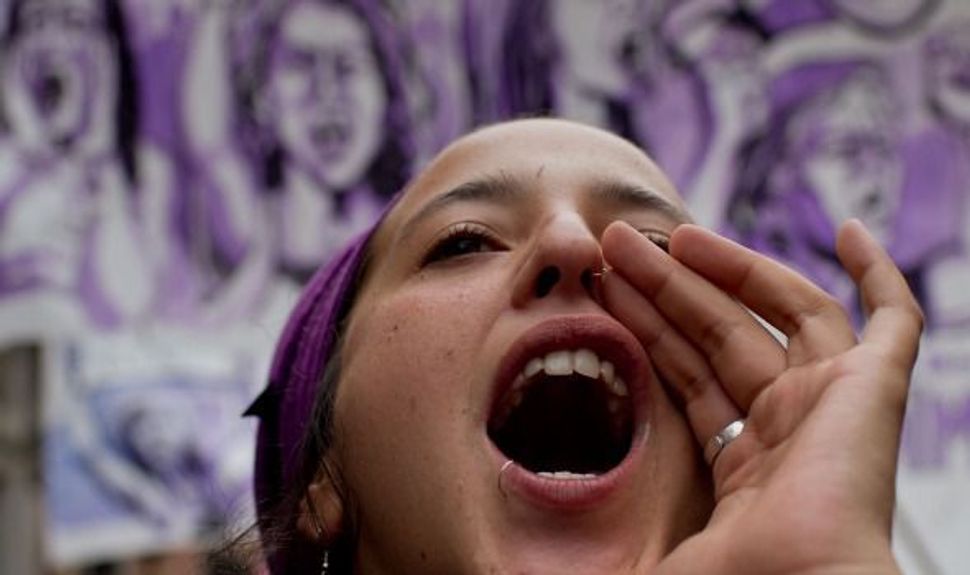 A woman shouts claiming for her abortion right during a demonstration in Madrid, Spain // Getty Images

My abortion was a secret that I kept for almost 20 years. When I decided to terminate my pregnancy in 1995, I was happily married and the mother of a six month-old baby girl. I was also dealing with post-partum depression and knew that I could not handle two children fifteen months apart. I was also well aware that having an abortion was a right that women like my grandmother didn’t have. In 1940s Havana she had tried to abort a pregnancy by ripening her cervix with olive oil and taking scalding baths. Abortion wasn’t a medical procedure that Katha Pollitt’s mother was entitled to either. “I never had an abortion, but my mother did…it was in 1960, so like almost all abortions back then, it was illegal,” begins Pollitt’s new book, “Pro: Reclaiming Abortion Rights.”

I am— Pollitt tells me— part of a striking, even comforting set of statistics. Three in ten American women have had abortions by the time they reach menopause. Most of these women are not victims of rape or incest. Six out of ten of them are mothers like me who have elected to have an abortion because they cannot have a child at that moment. For Pollitt, these women are making a reasonable and even a commendable decision.

Pollitt, a prolific essayist, poet and longtime columnist for The Nation, lays out cogent arguments for normalizing abortion and viewing it as a social good. Abortion, she writes, is an “essential option for women—not just ones in dramatic, terrible, body-and-soul destroying situations, but all women—and thus benefits society as a whole.” 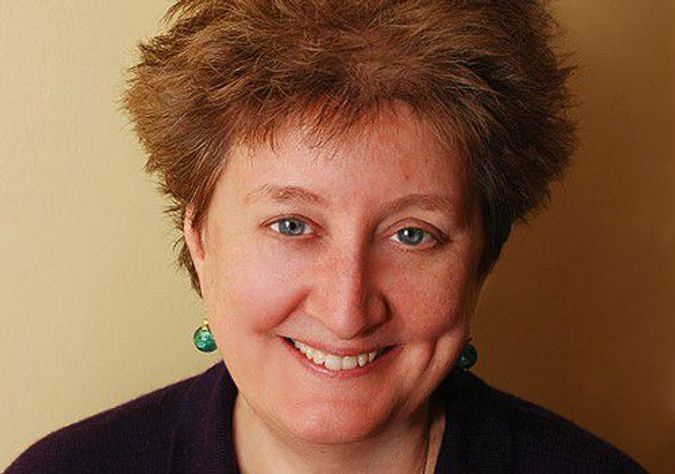 In “Pro,” Pollitt presents three main arguments. The first asserts that “the concept of personhood, as applied to the zygote, blastocyst, embryo, and, at least until late in pregnancy, fetus, makes no sense. It’s an incoherent, covertly religious idea that falls apart if you look at it closely.” In her recent appearance in Boston, sponsored by the Jewish Women’s Archive and Harvard Book Store, Pollitt noted that Judaism implicitly recognizes abortion’s legitimacy, emphasizing the health of the mother over that of a fetus. According to rabbinic interpretation, a person is not a person until she draws her first breath.

Pollitt’s second point bluntly claims that “the absolutist argument that abortion is murder is a mask by which people opposed to the sexual revolution and women’s advancement obscure their real motives and agenda: turning back the clock to an idealized, oversimplified past when sex was confined within marriage, men were the breadwinners and heads of families.” As Pollitt points out, only 7 to 20 percent of Americans want to ban abortion completely. A vocal minority has politicized and even criminalized abortion for the rest of us. 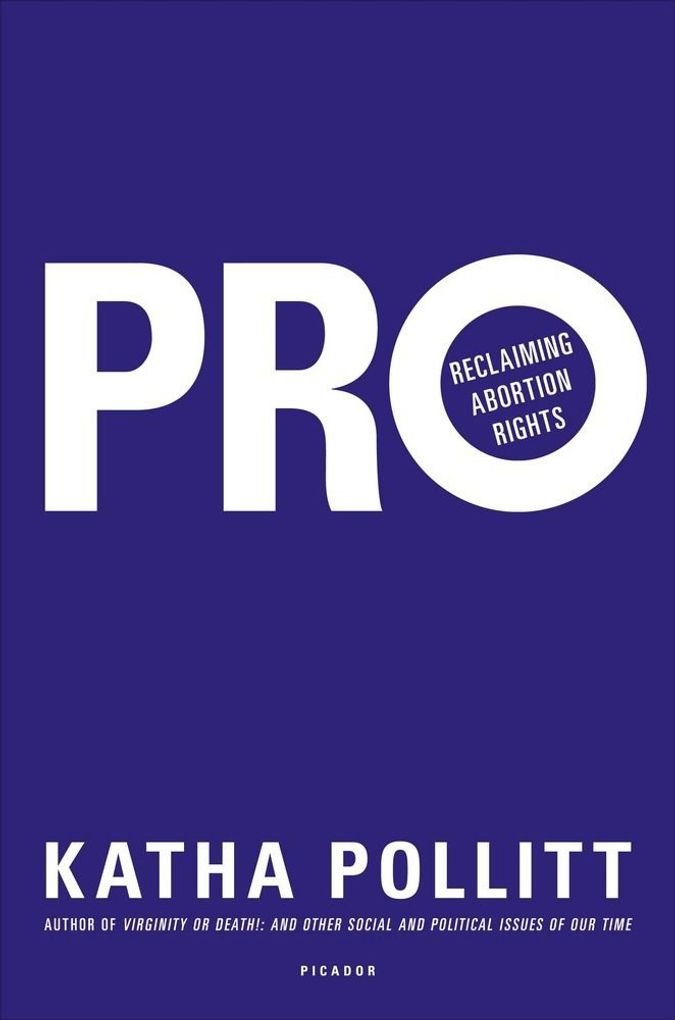 But it is her third argument that resonates most with me. Pollitt calls for “reframing” the way we consider abortion. “There are definitely short-term advantages to stressing the anguish some women feel when facing the need to end a pregnancy, but in the long run presenting that as a general truth will hurt the pro-choice cause: It comes close to demanding that women accept grief, shame, and stigma as the price of ending a pregnancy.”

I have been somewhat defensive about my own abortion. In an essay that I published over the summer about my experience, I wrote, “Sometimes I wish this story had a cinematic ending. But I did not jump off the table, holding the back of my gown together, walking away backwards saying, ‘This is a mistake.’ Saying, ‘I’ll keep the baby.’”

Yet I don’t regret my abortion. My decision was for the baby I already had, for the baby boy I would give birth to three years later. After the essay went live, I heard from women—many of whom I had known for years—tell me their own abortion stories for the first time. Like me, they were ambivalent about the experience. Almost two decades later, one friend still mourns on her due date. But all of the women who reached out to me, including her, said that it was not the right time to have a child. As Pollitt puts it, that should be reason enough. After my essay came out, I told my 20 year-old daughter about my abortion. She was gentle with me. Maybe her empathy was due in part to the fact that she was born well after Roe v. Wade, the landmark Supreme Court decision that legalized abortion. After all, abortion has always been her right.

I’m also sure that my daughter instinctively knows how true “Trust Women”—one of the mottos of the pro-choice movement—is. I think she understands that I’m not always wise and I’m certainly not clairvoyant. She simply trusts that I made the best decision I could in a difficult situation.