Answering the Plea for Help 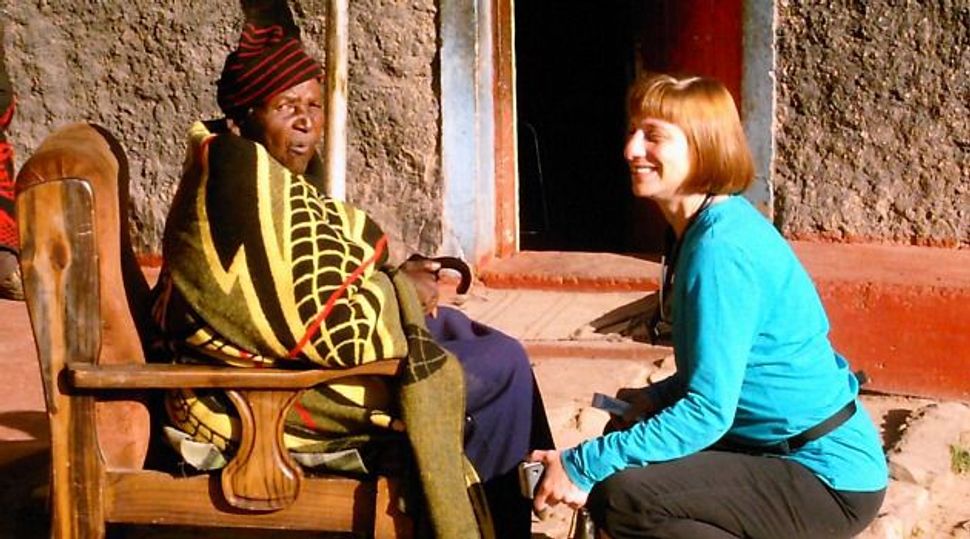 Courtesy of Sara Back

Sara Back is waiting for her deployment order. Sometime in December, the 52-year-old New York nurse-practitioner will board a plane to West Africa — to either Liberia or Sierra Leone, wherever she’s needed more — and join one of the emergency units treating Ebola patients.

It’s a risky mission and Back is well aware of medical staff members who have contracted the disease while treating infected patients. But these concerns are nothing new for the veteran nurse who, in her day job, treats HIV patients in a Bronx clinic. She has also gone on medical missions to Lesotho, Zimbabwe, Rwanda and Jamaica, when those countries experienced an outbreak of HIV.

Back expects to leave on a mission organized by the Boston-based Partners in Health organization. Upon arriving, the team will undergo a weeklong training program on the ground and then treat patients for five weeks. Organizers have found this is the most volunteers can endure, given the extreme work conditions and the emotional burden involved in treating Ebola patients. Then she can expect three weeks of quarantine, hopefully back home in New York.

Courtesy of Sara Back

Back grew up in a Jewish family she describes as “more than Conservative,” which observed Shabbat and kept kosher. She now views herself as “culturally Jewish,” and is not affiliated with any synagogue, but is strongly motivated by her Jewish values, which, in part, are what pushed her to take on this mission. The Forward’s Nathan Guttman spoke to Back about why she is volunteering to go and how the Jewish community can help.

Nathan Guttman: What made you decide to leave everything and sign up for this work in Western Africa?

Sara Back: Initially when the Ebola epidemic started, I was talking to a colleague of mine and I said, “We should do something,” but we thought why would they need us? Then when I saw that they were recruiting people, that’s when I jumped on the bandwagon. I mean, my work in the Bronx is very important, but in some sense any Joe Schmoe can do it, in terms of diagnosing, handing out medication, and social support. But I feel what is needed in these countries is people power. I’m at a point of my life where I don’t have kids, I can take a leave from my job, and I can really do it. I feel that it’s sort of an obligation from my profession. I have the knowledge and I can be that extra pair of hands. If I’m needed, it makes sense that I go.

Aren’t you scared? After all, there were cases of medical personnel who got sick with Ebola after working with patients in Africa.

Call me weird; I’m not horribly scared. Okay, granted, maybe when I hit the plane and we get there, but I’m more anxious about what will be waiting for us. It’s not that I’m invincible and [that I believe that] I’m not going to get it, I just feel that if I get it, there are precautions and I can be treated, and if I don’t get it, I don’t get it. People who return to the U.S. and are treated in Western facilities, for the most part do okay. It’s all about infrastructure and about people power to make sure people get better.

How do people around you respond when you tell them you’re going to work with Ebola patients? What do they say?

People think I’m crazy, and I kind of think I am crazy, but it feels right. This is my profession and my profession is to provide help where it’s most needed. And that is why I have always worked in the Bronx, feeling it was the most underserved borough in the city, and why I’ve always worked for a public facility and with those who don’t get good care, the ones that are a challenge. I mean, working at a boutique clinic, I think I’d kill myself. Seriously.

What role did your Jewish values and upbringing play in making the decision to volunteer?

Growing up, it was always known in the family that you do things for tikkun olam. It was always what can we do here, how can we help there. It was always the expectation that each of the kids would take on something that would be reformative, socially conscience. It’s a huge burden for a kid, but in retrospect, the values I was given were pretty powerful. It’s not about the money; it’s not about accumulating goods. It’s really about how can we make this world better. And I think that has always been the formative moral that I have worked on.

The people I surround myself with are sort of left of center and socially aware and responsible and those are my community members. Jewishly, that sort of buys right into what I was brought up with in terms of you do Jewish traditions and customs in a way that is both significant for you but also doesn’t hurt others.

How would you define your own Jewish involvement?

I do the holidays and for me it’s definitely about family and community. I definitely have an affiliation toward Israel, with its bad and its good. I am not the typical center Jew who thinks Israel can do no wrong.

When people ask me, “How do you identify yourself?” well, I don’t identify as American. I definitely identify as firstly Jewish and probably New Yorker, and then Israel is as much of a home as America is.

Do you feel the Jewish community is doing enough to help fight the Ebola outbreak in Africa?

I haven’t seen any activity against Ebola, which is a little surprising.

Can we do more?

How do you feel about the state’s reaction and its treatment of doctors and nurses coming back from helping Ebola patients in West Africa?

I think [volunteers] just have to follow CDC guidelines and do whatever they suggest. The sad thing is that the only time people took awareness of the epidemic is when we had four cases in the States. This has been going on since March, and if we put all the people power and all the money before this we could have saved half the lives.

Answering the Plea for Help