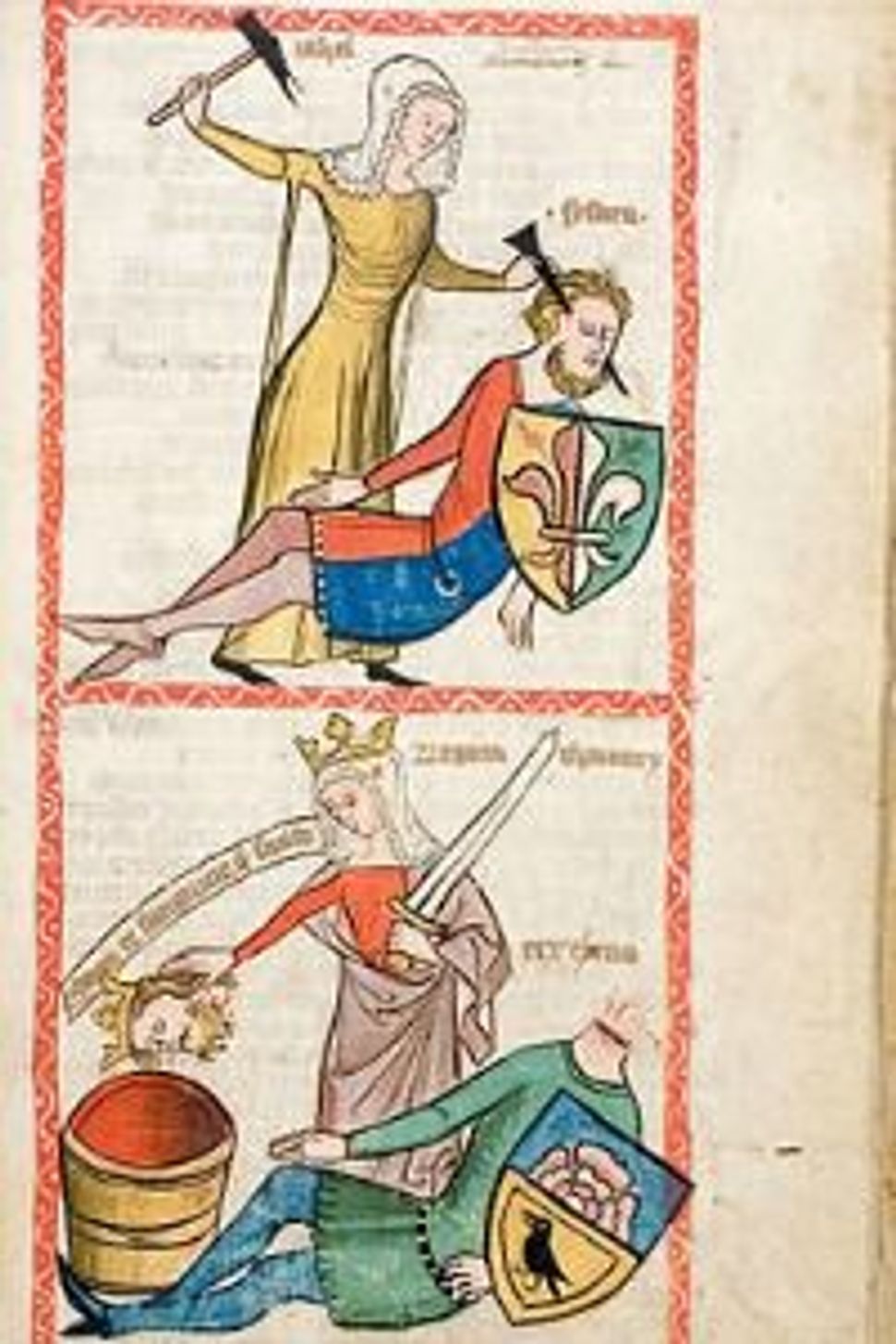 “Speculum Humanae Salvationis” by Anonymous, circa 1360 Image by wikicommons

Yael: u woke me up

Sisera: it’s…the middle of the day

Yael: wtvr. What’re u doing here in the middle of the day

Sisera: Barak’s chasing me — he’s trying to kill me!

Yael: well, you did just lose to him in battle

Yael: & before that, u kinda totally oppressed his ppl for 20 yrs

Yael: so I guess you can come in

Yael: drags cigarette sure. Ur ruthless. I admire that in a man. Besides, what r friends for, right?

Sisera: King Yavin. U know, of the Caananite lands and tribes, of which I am War General and with which your husband Heber has a treaty to —

Come inside if u want.

Sisera: Yael, may I have a blanket?

Yael: I was just about to fall back asleep

Sisera: it’s…still the middle of the day

Yael: waddya need the blanket for? 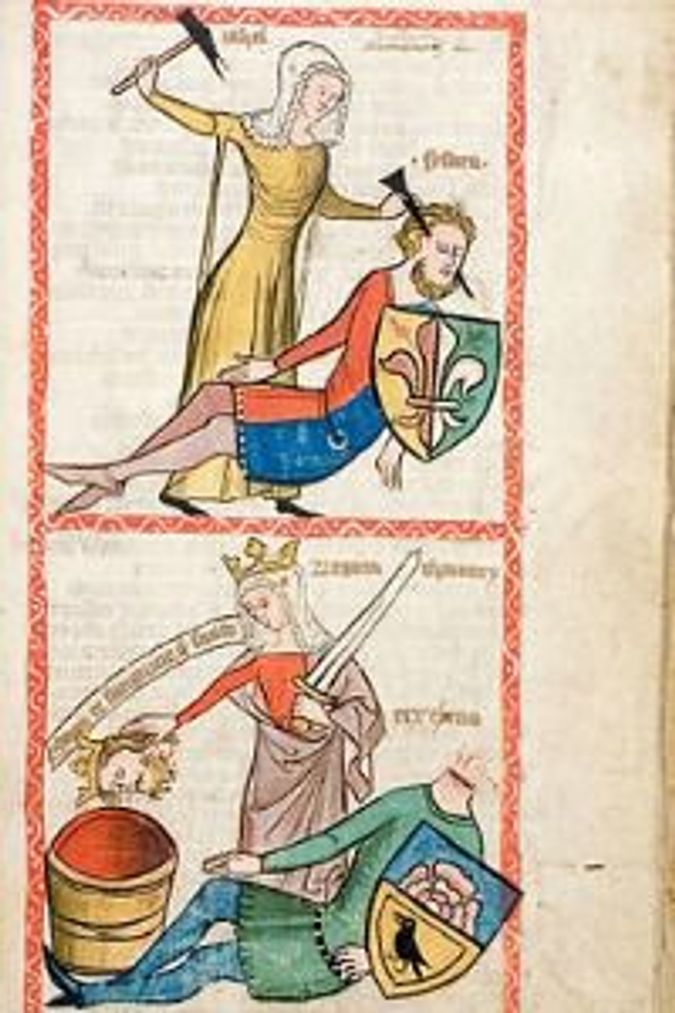 “Speculum Humanae Salvationis” by Anonymous, circa 1360 Image by wikicommons

Sisera: well, i HAVE been running straight for the past two days, without food or water, trying to escape a vicious enemy who –

Yael: stuff it. Here’s ur blanket

Sisera: thanks again for hiding me.

Sisera: I really appreciate it.

Sisera: I hope this doesn’t put u in danger.

Yael: oh for the LOVE OF GOD would u STOP TALKING?

Sisera: may I have some water, please, Yael?

Prophetess Devorah: have u killed Sisera yet?

General Barak: not yet, Madame Justice, but I have all my best men on the case! We’ll find this bloody oppressor, have no fear!

General Barak: We’re searching for a vicious, cunning warrior who has endless sand pits & caves to hide in. Killing him’s complicated, my lady – it’s not like smashing a coconut with a tent peg.

Yael whistles to herself as she pulls up a tent peg and grabs a hammer.

Yael: I’ll teach u to bother me when im trying to nap…

Yael: wtvr. C’mere, I got something for u

Yael drags Sisera’s bloody corpse with its mutilated head to the top of the stairs.

General Barak: what in god’s name –

Yael: present for ya. drags cig What? Don’t u like it? I made it specially for u. I thought u’d be grateful

General Barak: is that SISERA??

General Barak: what happened to him??

Yael: blows smoke in his face I did. I happened.

Yael: aren’t u happy? I thought u’d be happy. I bashed in his skull w a tent peg

General Barak: a tent peg? Like, an actual tent peg?

Yael: sure. It was easy. Just like back home, when we used to smash –

General Barak: Thanks again for the corpse!