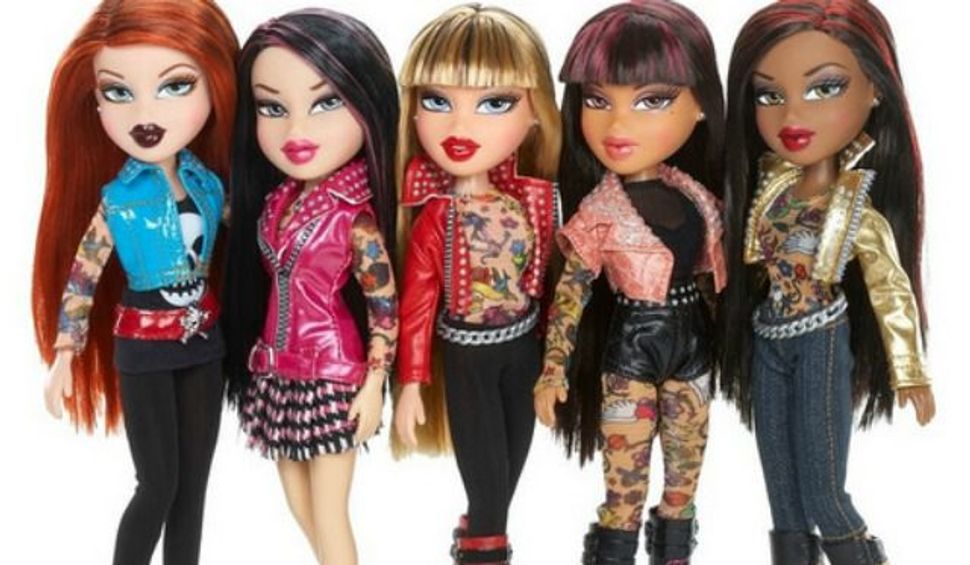 (Haaretz) — We modern parents do our best to empower our little girls. We assure our daughters that they are strong, smart, capable and can be anything they want to be – doctors, lawyers, athletes, scientists or world leaders. At the same time, we try to teach our boys to be kind, sensitive and nurturing as well as tough – and make sure they understand it isn’t unmanly to know their way around a sink full of dishes and a pile of laundry.

But then they open their Hanukkah or Christmas gifts, and what do they get? The girls received tea sets, fluffy stuffed animals, Barbie dolls, and arts and crafts materials – while their brothers receive cars and trucks, Legos, dinosaurs, trains, model airplanes and science kits. The gifts are often given by well-meaning relatives who are directed to such items in toy stores that delineate the aisles by gender – toys for girls, and toys for boys. A world neatly divided into blue and pink.

A new effort underway this holiday season, called “No Gender December” is making waves in Australia. The push is sponsored by a non-profit group and spearheaded by a senator in the Greens Party named Larissa Waters. The campaign’s web site declares that children “should be free to decide which toys interest them, without being informed by gendered marketing that something is ‘for them’ or ‘not for them.’”

The messages, the campaign claims, give early societal reinforcement to bullies who harass peers who dare to buck the stereotypes – girls who dig science or boys who like to cook. We are encouraged to take a “pledge” against gender-stereotype toy-buying” this holiday season because “gender stereotypes limit children’s imagination and development.”

So far, fairly par for the course. The part of the campaign that grabbed national attention and engendered controversy was the claim by Waters and the campaign that gender-defined toys can have some alarming consequences in the long haul.

Watters asserted that “setting such stark gender roles at such an early age can have a long-term impacts on our children, including impacting self-perception and career choices later in life… Out-dated stereotypes about girls and boys and men and women, perpetuate gender inequality, which can feed into very serious problems such as domestic violence and the gender pay gap.”

The story became a hot topic in Oz, so much so that the prime minister Tony Abbott was asked to weigh in on the issue and said: “I certainly don’t believe in that kind of political correctness. Let boys be boys, let girls be girls – that’s always been my philosophy.” This likely cost Abbott the scraps of female support he possesses – poll numbers make it clear he’s already not very popular with the ladies.

The controversy also reached the American conservative press. An eye-rolling headline “People Actually Think ‘Gendered Toys’ Contribute to Domestic Violence” ran in the National Review, in which writer Katherine Timpf scoffed, “I doubt that a girl’s noticing that trucks are in the “Boys” section would impact her forever or that she would come to believe she’s not supposed to play with toy trucks, or even drive real ones later. It’s very unlikely that her “gendered” Christmas toys would doom her to a life of nothing other than cooking and having babies.” As for the boys, she said, if “it would be so devastating for a boy to get called a “sissy” for playing with a cooking set that it would negatively impact his entire future, then you’re calling him a sissy yourself by suggesting he would be too weak to handle normal childhood experiences.”

It’s not hard to understand how the campaign struck a nerve. What the Aussie activists call “gendered marketing” seems – despite the feminist revolution – to be growing, not shrinking, around the world. Even traditionally gender-neutral toys have been assigned genders – Legos, for example, have gone pink and girly.

The Australians aren’t the first to fight it. In the UK, there have been campaigns like “Let Toys be Toys” and “Pinkstinks” which “fights against the pinkification of girlhood.” In the U.S., television star Ellen DeGeneres pointed out its absurdity – and the fact that gendered marketing wasn’t limited only to toys or to children in a hilarious send-up of Bic Pens sold in “lady colors” of pink and purple and are “designed to fit a woman’s hand.”

If I lived in the U.S., I might view such campaigns as frivolous and even point out their flaws. After all, we know there is hard-wiring, not just marketing involved when it comes to the Barbie obsessions many girls have or why Thomas the Tank Engine train tables in toy stores are dominated by boys with or without a “boy” label above them.

Some of the toughest feminists I know have daughters who absolutely refuse to take off their “Frozen” Disney princess dresses and have memorized the soundtrack.

But in this part of the world, in this Middle East, we are faced squarely with the frightening extremes of gender stereotyping and terrible oppression that many women face – all in the name of feminine ‘gender difference.’

And frankly – every little bit helps. Any effort to help girls aspire to strength and independence and encourage men towards softness and kindness can only be a good thing, even if it takes place in the toy store.

In a sad twist, it seems that in a world of growing religious extremism, the whole pink sparkly princess thing sometimes seems almost liberating. At least when little girls imitate Princess Elsa, twirling around in their sparkly dresses and singing “Let it Go” at the top of their lungs, they are seen and heard and part of the landscape.

In the dark fundamentalist world where some would have these girls – their faces shrouded in black and their bodies covered in cloaks, silenced when they want to sing, their faces blurred out in advertisement for any toy – living their lives invisible, behind closed doors. That’s much more of a threat than any amount of pink glitter poses.