How Will I Teach My Future Son About Race in America? 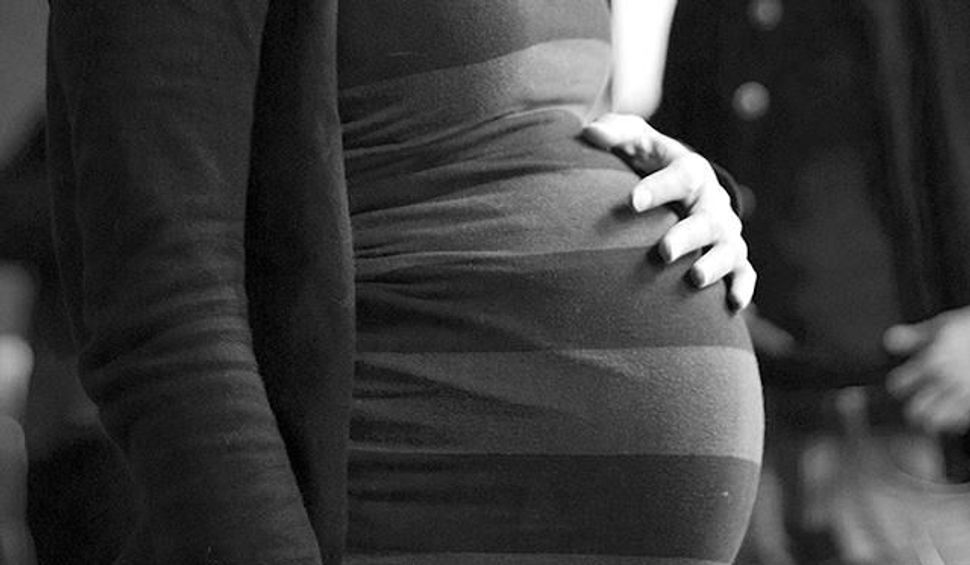 When the ultrasound technician told us that we were expecting a boy, I was in complete shock.

After two daughters, it had never occurred to me that I could have a son. I teased my sister-in-law that if the baby was a boy, I would send him to her house to be raised with my three nephews. When people asked me if I knew what to do with a boy, I’d retort, “Give him to you!”

As I reclined in the medical chair and watched the technician move the wand over my protruding belly so that we could see his hands, his feet, his eyes, his heartbeat, I looked at the screen in a state of total disbelief.

I remembered that feeling again this week as I sat in a room with over one hundred other women and a few men. My hands rested protectively on my even-more protruding belly, feeling my yet-to-be-born son roll around and stretch his limbs, as I listened to mothers who described other feelings at learning that they would have a son: fear, anxiety, even regret.

I sat in the audience of a program entitled, Mother 2 Mother, which brought together black mothers to talk about their experiences of raising black sons and grandsons in America. Each and every woman described what they called “The Talk,” the discussion that they had to have with their sons at some point in their lives to tell them what they would need to do when– not if– they were stopped by police or security guards at school or in a store. They each shared their lists of instructions: keep your hands out of your pockets, answer with “yes sir” or “no sir,” humble yourself, do not run, do not reach for anything, do not show anger.

They described the glow that had disappeared from their boys after these incidents. One mother recounted a conversation with her twelve-year-old son after he had been stopped by police only five houses away from their home. He asked her if it was because he was black. She nodded and said yes. He asked her how long this kind of discrimination would last. She cried and told him, “For the rest of your life.”

I looked around the room and saw mostly white faces sitting and just listening. Tears glistened in some eyes. But we all sat enraptured by the words these women shared, unable to imagine the pain, the fear.

I could not help but think ahead to the conversations I would one day have with my son. I imagined sitting together talking about toys and television shows. Further down the road, we might discuss current events and politics. One day I will have to have the painful conversation with him about the history and current reality of anti-Semitism that our community has faced and continues to face in places today. I might even have to comfort him if he were the victim of a verbal or physical attack because of his religious identity. I would hold him close, I would put my arm around his shoulders. And I would tell him that this was an anomaly. I would tell him that people were mostly good.

Each and every mother who presented that evening experienced every one of those worries. For some of them, those worries had even become reality.

But they did not want our help, they told us. They want our compassion.

And they want us to have a version of “The Talk” with our children as well.

“Please,” they pleaded. “Tell them that the black man that they see is not big and scary. He is our son. He is our grandson. And we just want him to come back home alive.”

How Will I Teach My Future Son About Race in America?