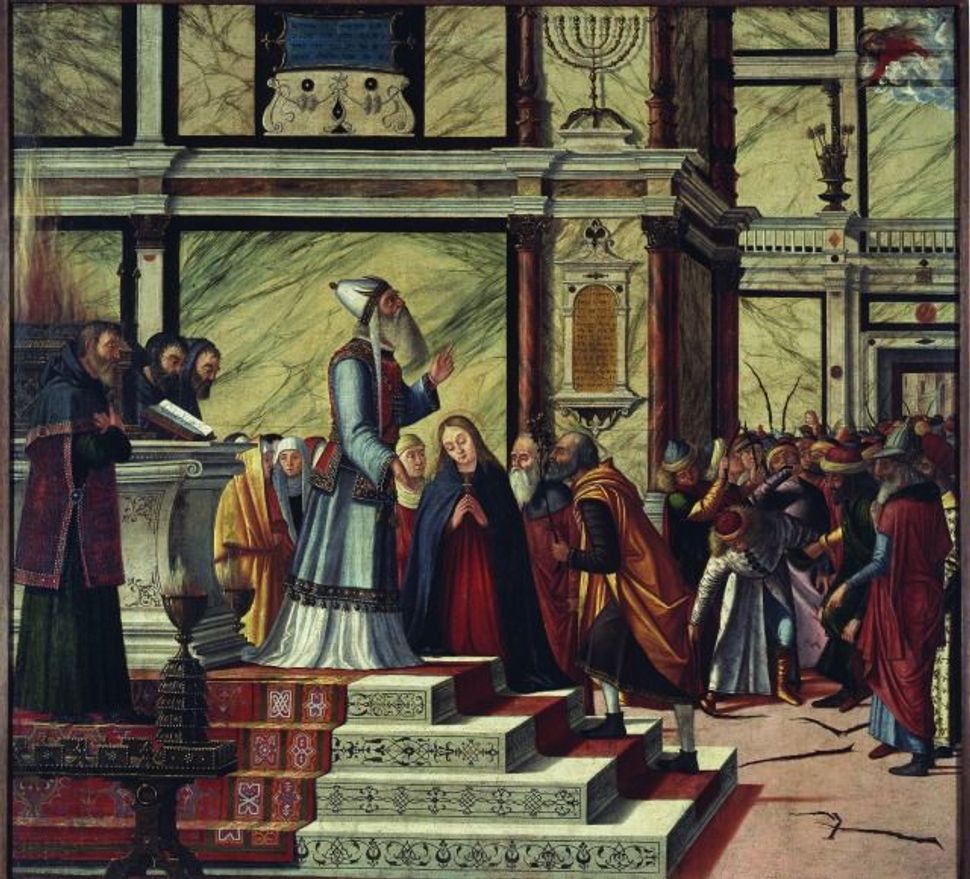 Nicolò Barabino’s 1884 mural “Faith with Representations,” at the National Museum of Women in the Arts

An exhibit about the Virgin Mary, which is curated by a Florentine priest, makes the case that the mother of Jesus must be understood, at least in part, as a Jewish woman.

That the Christian messiah’s mother was born in a Jewish home is one of several seeming contradictions with which the Gospel of James wrestles, wrote Miri Rubin, a history professor at London’s Queen Mary University, in the “Picturing Mary: Woman, Mother, Idea” exhibit catalog.

Speaking at a press preview of the exhibit, on view at the National Museum of Women in the Arts until April 12, curator, Msgnr. Timothy Verdon, a priest and director of Florence’s Museo dell’Opera del Duomo, reminded reporters that Mary is also relevant to Jews and Muslims. (“If anything,” he said, Mary has “a more fascinating place in the Koran than her son does.”)

“Mary is, after all, a daughter of her people,” he said. “The way the Christian gospels describe her, she is the fullness of all that the Jewish scriptures propose as significant and courageous and noble in womanhood.”

Both religious and non-religious viewers can benefit from seeing the exhibit, according to Verdon; religious people “certainly will remain deeply moved by these images,” and secular viewers can relate to “our universal experiences as daughters and sons of women.”

Not much is known of Mary’s life, but, according to apocryphal texts, she was raised in the Jewish temple, where she later married, and was thus aware of Jewish rituals. She and Joseph brought the infant Jesus to the temple and offered a sacrifice “in obedience to Jewish ritual law,” Verdon writes in the catalog. And in his woodcut of Jesus’ circumcision, which foreshadows the crucifixion, Albrecht Dürer “counts on his public to know that she [Mary] was brought up in the temple and understands its rites,” Verdon wrote.

Italian painter Vittore Carpaccio’s (c. 1455 – c. 1525) “Marriage of the Virgin,” which appears in the NMWA exhibit, shows Mary kneeling alongside the Jewish high priest in the temple. The setting is identifiable by the seven-branched Menorah installed on a shelf above, and by two extensive inscriptions on the walls in pseudo-Hebrew. Verdon noted in the catalog that the artist’s native city, Venice, had a large Jewish community, and that the inscriptions give the work “an air at once historic and exotic.”

Whether that holds for pseudo-Hebrew is subject to debate, but it’s clear, as Verdon wrote, that Carpaccio intended to position Mary’s future son, Jesus, as the new temple. “I particularly wanted the Carpaccio, because he makes an effort to situate Mary in her own culture. There are very few other works that do,” Verdon told the Forward. Asked if some artists have emphasised, or downplayed Mary’s Jewishness, he said the latter isn’t a factor. “It simply isn’t taken into consideration — which is worse, I know.” 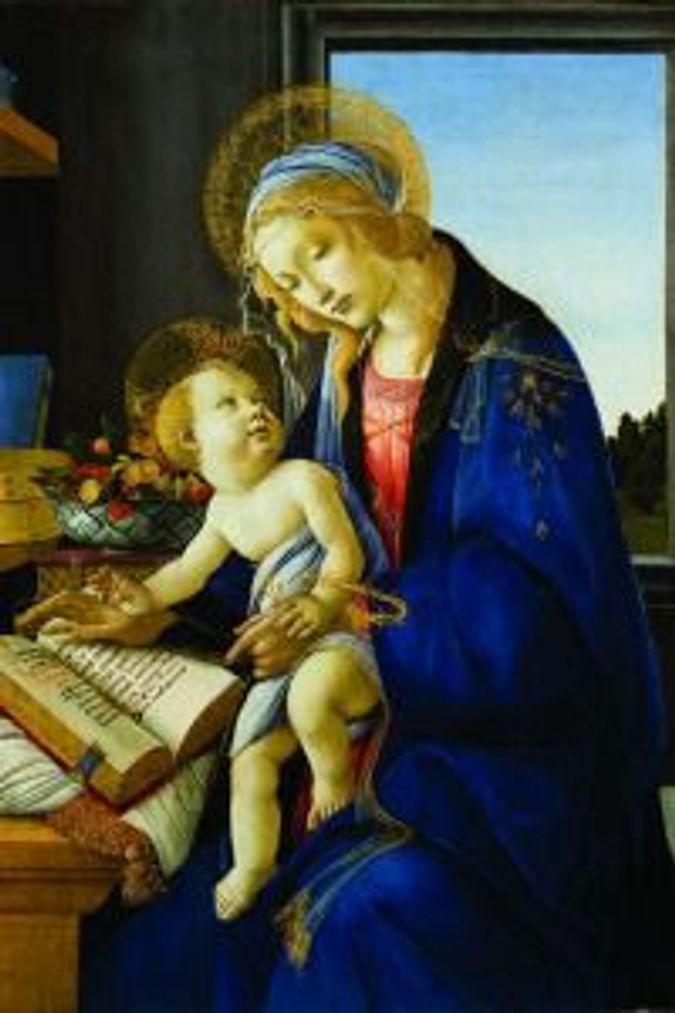 The Hebrew inscriptions, he added, may have been arranged in two tablets to evoke the 10 Commandments. “The reference would be to Paul’s affirmation in Galatians that Christ was ‘born of woman, born under the [Mosaic] Law,’” Verdon said. “I think Carpaccio may have wanted to convey this, and also – in Venice, a city with a dynamic and respected Jewish community – to ‘exotically’ refer to a world that Venetians, who traded with the near East, more or less knew.”

If Carpaccio sought to emphasize Mary’s Jewishness, that move may have anticipated modern theological trends. “The Jewishness of Jesus and Mary has only been recognized in my lifetime,” says Alan Brill, who holds an endowed chair in Jewish-Christian studies at Seton Hall University in New Jersey. “Prior theologians painted them as distinguished from Jewish values or even rejecting them.”

“Jews tended to view Jesus as a bastard from a Roman soldier father,” he added.

Menachem Wecker is the co-author, with Brandon Withrow, of the recent book “Consider No Evil: Two Faith Traditions and the Problem of Academic Freedom in Religious Higher Education” (Cascade Books).