The Danger of the ‘Nice Jewish Guy’ 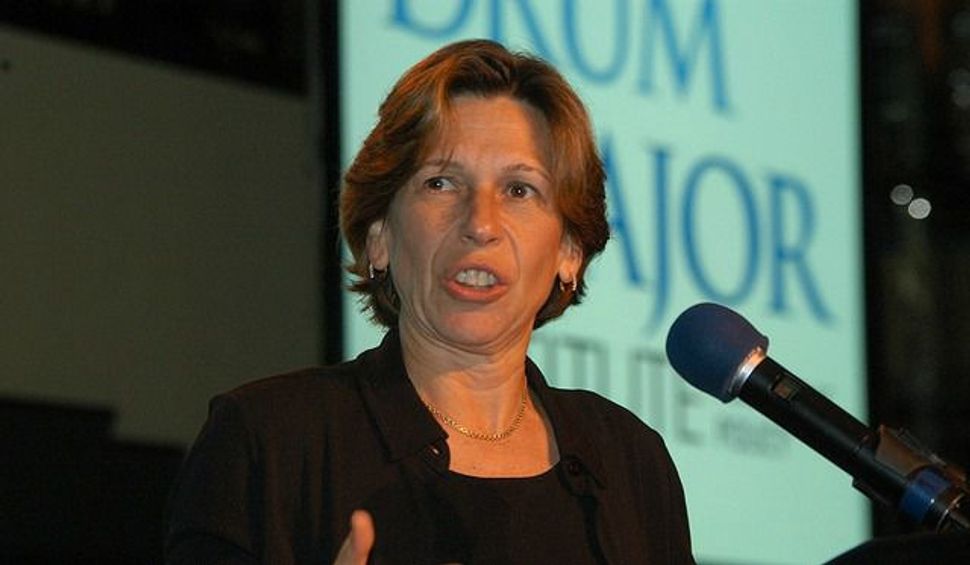 Last month, Randi Weingarten, president of American Federation of Teachers, AFL-CIO, published a piece on Jezebel.com detailing her experience with sexual assault as a college student.

During a summer internship at an automobile plant in Warren, Ohio, after her junior year in college, Weingarten found herself feeling lonely and isolated. “I tried to find community to anchor my summer in Warren. I did what was familiar: I went to shul. One family invited me over for Shabbat dinner. Dutifully and hopefully, I went. They also invited a young man. He was nice enough. So, when this ‘nice Jewish guy’ invited me for dinner, I said, ‘Sure.’” She followed up: “A few days later, I went to his apartment. And that’s where it happened. He tried to rape me. I managed to get out after a struggle, but the emotional scarring was deep.”

Most commenters focused — rightly — on Weingarten’s bravery in sharing her story, with the Jewish detail going largely unnoticed. But as conversations about acquaintance rape change in this country, that “nice Jewish guy” (NJG) is a pivotal figure. According to RAINN (Rape, Abuse and Incest National Network), approximately two-thirds of rapes were committed by someone known to the victim (U.S. Department of Justice. 2005 National Crime Victimization Study).

On some level, we know, that the NJG is a stereotype based on the notion of meek, neutered male sexuality, but as a Jewish community, we still hold the idea close. We guard it, so tightly that the prospect of a Jewish man being capable of rape or sexual assault is considered impossible. (A Google search for  “Jewish women and rape” yields a list of articles about the Holocaust and current antisemitism in Europe, implying that not only is rape a relic, its only perpetrators are non-Jews.) But in reality, Jewish men, despite what we’d like to believe, are not immune from the surrounding rape culture both off and on campus.

Weingarten, who was raised in a community that taught her she was “safe” around other Jews, ignored her misgivings about having dinner alone with a man she didn’t know. After all, she says, he was “nice enough.” Like many of us, she bought into the belief that the kind of man you could take home to your parents was not the kind of man who could rape you. Our society portrays rapists as dangerous men who lurk in dark alleys, not as nice boys who study Torah and might have met you through a mutual friend at a Shabbat dinner.

Weingarten is far from the only woman whose attacker came from within her community. Many of the women speaking out about their sexual assaults by Bill Cosby are African-American. Supermodel Beverly Johnson, who was the first black woman to appear on the cover of American Vogue, wrote in a Vanity Fair essay that one of the reasons she didn’t speak out against Cosby after he drugged and attempted to rape her was that she felt obligated to protect the image of the black community. Cosby himself has manipulated this idea, calling on “black media” to be fairer to him and implying that reporting rapes is less important that continuing to hold Cosby up as a black male ideal.

It’s impossible to know how many women have been raped by Jewish men. But too many women have anecdotes about a friend who was assaulted and never spoke up because “he’s such a great guy; no one would believe me.” Just look at what happened to some of the children who dared to publicly say that they were molested by rabbis or other trusted individuals in the ultra-Orthodox community — they were shunned by the communities who claimed to care about them.

As Weingarten says about her own decision to not report: “I thought it was my fault. I thought I should have known better. I should have been smarter.” The is just another form of Jewish guilt; the sublimated belief that we should be smart and virtuous. She adds, “One in four women will be sexually assaulted in college. Sadly, only a tiny fraction of the victims will file a report, in part because our culture tells them that they are to blame — the same culture that has kept me from speaking out for nearly 30 years.”

Currently there are activists working to empower rape and assault survivors on university campuses. (See Emma Sulkowicz, the Columbia senior who’s been carrying the mattress on which she was raped around campus every day, to draw attention to the fact that the student who raped her is still attending the University consequence-free.)

However, there has been a heavy emphasis on what men are doing to solve the “problem.” Recently, Jewish fraternities were praised for being “ahead of the curve” at the University of Virginia, where a recent first-person account of a young woman’s gang rape at a fraternity house in Rolling Stone magazine has been attacked for shoddy reporting and fact-checking. “Historically Jewish Greek houses such as Alpha Epsilon Pi, Zeta Beta Tau and Sigma Delta Tau had been having the conversations for months before the explosive Rolling Stone story made national headlines,” JTA wrote. The story led off with congratulations for Jewish men for simply having “conversations,” rather than any of the women activists. Although it was a nice change from the victim-blaming, women-shouldn’t-go-out-alone-at-night rhetoric, nothing comes merely backslapping men for paying lip service to women’s issues.

The Real Man campaign, championed by celebrities like Gordon Ramsay and Ashton Kutcher, is another example of men congratulating each other for paying cursory attention to women’s issues. Men were encouraged to buy “I’m a Real Man” T-shirts, then photograph themselves wearing the shirts and post the pictures to social media. While the message was nice, it reinforced the notion that some men are “good,” while others are “bad,” a dangerous and simplistic binary that makes it hard to accept that “good” guys can assault women too.

Yet The Real Man Campaign’s online petition that amounted to nothing more than “hurting women is bad” got more attention than any real legislation or social change. It’s nice that The Real Man Campaign and Jewish fraternities are “having conversations” about how men can prevent rape. But unless real, measurable change comes out of it, it’s nothing more than some good PR.

Often it’s the nice Jewish guy you encounter who claims progressive politics and yet defend rapists in the name of “fairness” and “hearing both sides.” (You might have witnessed such folks in action on Facebook when Woody Allen was accused of sexual assault earlier this year.) No one ever suggests that we look at both sides in a kidnapping, a stabbing, or a theft. Yet rape, which is the most private and personal of attacks, is often judged in a Talmudic “let’s examine every possible variable” sort of way. What we’re really doing when we press for this kind of analysis is defending men’s right to have unfettered access to women’s bodies, consent be damned.

At the heart of this willful ignorance is the fact that protecting men, and male power, is regarded as more important than acknowledging the reality of sexual violence. This fact gets reaffirmed every time we dismiss women as hysterical liars, accuse them of making up stories of rape and sexual assault for purposes of attention or revenge, or offer up campaigns that perpetuate ideas of toxic masculinity. Until we take communal responsibility for erasing the voices of victims of sexual violence, maintaining patriarchy is going to seem an awful lot like a Jewish value.

The Danger of the ‘Nice Jewish Guy’