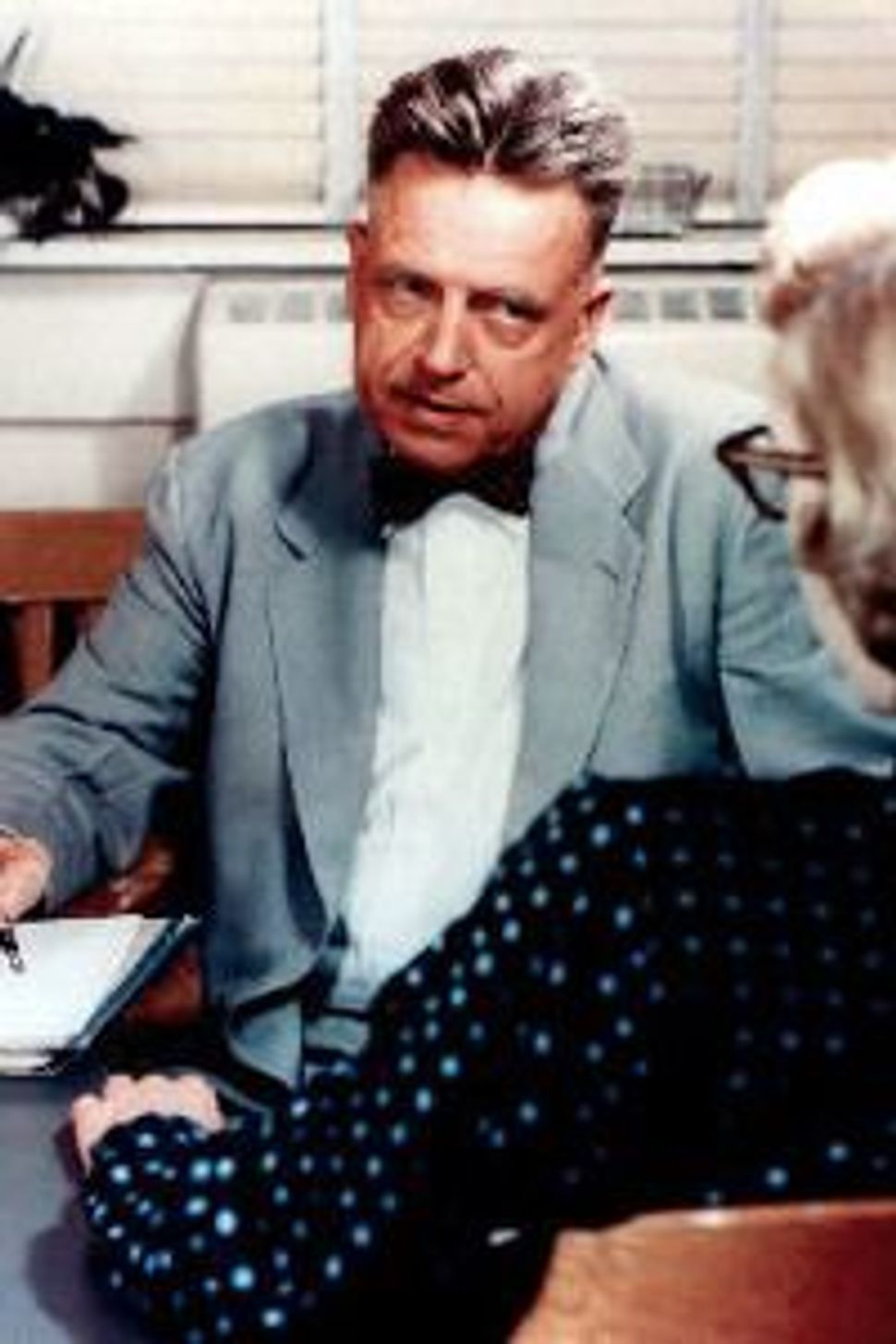 When the biology professor Alfred Kinsey published his reports on male (1948) and female (1953) sexuality, his results proved explosive. Through personal interviews that were designed to uncover sexual behaviors rather than the meanings behind them, Kinsey and his associates gathered information about the sexual activity of men and women. Among Kinsey’s findings that suggested taboos were not quite so taboo among mid-century men and women: 85 percent of American men engaged in premarital sex, 46 percent had engaged in both heterosexual and homosexual activity and half of married men had engaged in some extramarital activity. Even more revelatory than the news that confirmed 1950s notions that “boys will be boys,” were Kinsey’s findings about women.

Disproving widely held views that women were asexual beings, the reports revealed that women did in fact enjoy sexual activity and achieved orgasm. Among his female subjects, Kinsey also uncovered the influence of class on sexual activity: Upper-class women were more likely to engage in extramarital intercourse and homosexual relations than lower-class women, as well as the influence of historical atmosphere on female sexuality: women who came of age after World War II, showed increased participation in various sexual activities. Critics objected that Kinsey’s data skewed toward the more sexually adventurous and toward those more willing to talk about their sexual lives. Yet, Kinsey had brought national attention to the topic of sex, and in particular to the idea that sexual satisfaction was central to women’s (and therefore marital) well-being and happiness. 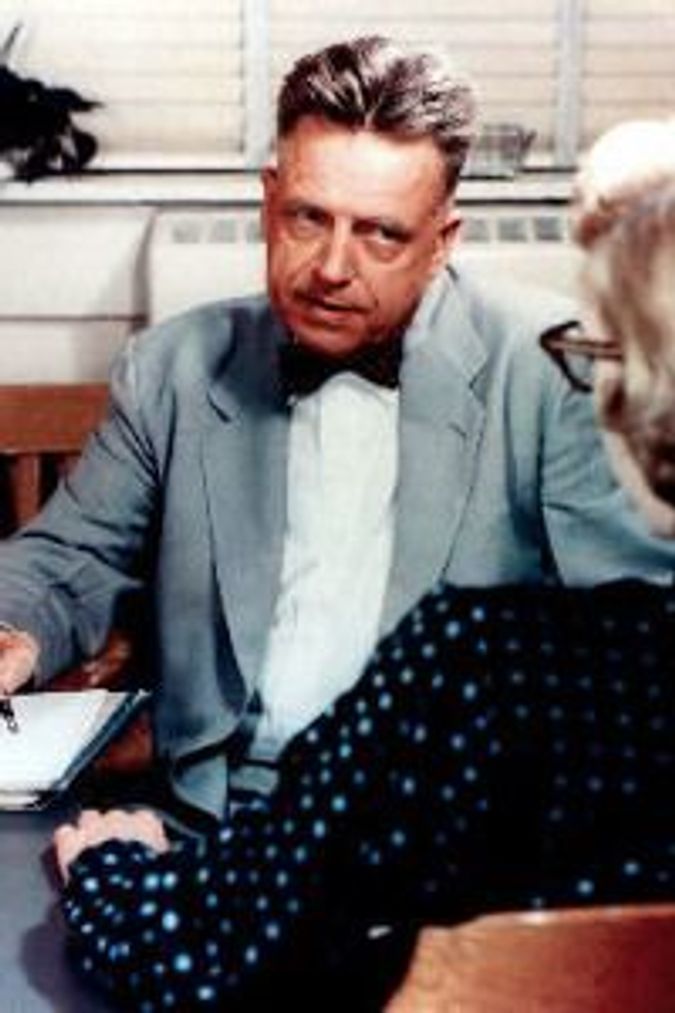 From the time of their publication it seemed that the reception and effects of Kinsey’s reports in American culture were as interesting as the reports’ contents. Sex seemed to benefit enormously from the patina of respectability that “science” and Kinsey’s bowtie over a white, button-down shirt offered. Frank and open conversation about sex had been legitimized. What had once been a tawdry topic of conversation was now fit for New Yorker cartoons and university lectures. Aided by a Cold War conception of heterosexual norms as integral to the American Way of Life, Modern Orthodox leaders such as Rabbi Norman Lamm, then an assistant rabbi at the Upper West Side’s Jewish Center, waded into the waters of sex and religion. For Lamm, the issue of separate seating in synagogue pews seemed an appropriate topic for bringing up Kinsey’s findings in the late 1950s.

As Modern Orthodoxy found itself competing with Conservative Judaism for the suburban Jews of the 1950s and 1960s, it became necessary for Orthodox leaders to provide a compelling rationale for separate seating — a practice that seemed out of sync with the middle class custom of mixed-sex socializing. Who better to invoke for justification than an expert on a certain kind of mixed-sex socializing? In Lamm’s now classic, 1959 Tradition article explaining Jewish law about separate seating, Kinsey became a helpful footnote.

For kavvanah or the proper concentration and intention to be present in prayer, Lamm explained in his Tradition essay, distraction had to be eliminated. “When the mind is distracted, kavvanah is impossible, for then we cannot concentrate on and understand and mean the words our lips pronounce. And as long as men will be men and women will be women, there is nothing more distracting in prayer than mixed company,” Lamm wrote, drawing on postwar heterosexual gender norms. The need for mixed seating, as Lamm portrayed it, arose directly from the fact that Orthodox Jews enjoyed the same healthy sexual feelings and urges as did other heterosexual Americans. Orthodoxy, in Lamm’s view, was simply willing to deal frankly with these base desires in order to make room for more elevated thoughts and prayers. Far from being repressed, sexually inhibited, or neurotic individuals, Orthodox men, as Lamm portrayed them in the 1950’s, were highly susceptible to feeling sexually excited by the beauty of Jewish women and their religion dealt openly with these issues. For their part, Jewish women were like all other “good girls” in their desire to please the opposite sex, Lamm explained. Thus did both genders require separate seating:

“Orthodox Jews have a high regard for the pulchritude of Jewish women. As a rule, we believe, a Jewess is beautiful. Her comeliness is so attractive, that it is distractive; kavvanah in her presence is extremely difficult. It is too much to expect of a man, sitting in feminine company, to concentrate fully upon the sacred words of the Siddur and submit completely to God. We are speaking of the deepest recesses of the human heart; it is there that prayer originates. And how can one expect a man’s heart to be with God when his eyes are attracted elsewhere? We are speaking of human beings, not angels and Halakhah recognizes both the strength and weakness of a man. It is simply too much to ask of a man that he sit in the company of women, that he behold their loveliness — and at the same time undergo a great religious experience. What man can feel the nearness of God when if he but raises his eye from the corner of the Siddur he finds himself attracted to more earthly pursuits which do not exactly encourage his utter devotion to the pursuit of Godliness? (And what woman can concentrate on the ultimate issues of life and feel the presence of God, when she is far more interested in exhibiting a new dress or new chapeau? How can she try to attract the attention of God when she may be trying much harder to attract the attention of some man?) When the sexes are separated, the chances for such distraction are greatly reduced”

Lamm granted that his argument about the distractibility of Jewish men, due to the beauty of Jewish women, “has often been objected to on the grounds that it takes an unrealistic and exaggerated view of man’s erotic responsiveness and that certainly devout Jews who come to pray should not be suspected of romantic daydreaming,” but had not recent science proven that Jewish law was correct in this regard — that this was human nature, and not the licentious behavior of the marginal few? “That such objections can be raised seriously in our present post-Freudian culture and society is unthinkable. Evidently, our sages, who lived in a society of much greater moral restraint, had a keener and more realistic insight into psychology than many of us moderns in our sophisticated society where the most grievous moral offense is no longer regarded as particularly shocking.” Here, Lamm turned to science, in order to support rabbinic teaching.

Separate seating, then, was neither insulting nor an exaggerated response to the situation, Lamm argued; “it is merely realistic.” Still, women were more likely to have trouble accepting the law. This was understandable, Lamm maintained, based on the latest scientific findings: “Women have greater purity of mind than do men,” Lamm declared, offering Kinsey’s insight as proof. “According to Prof. Kinsey, they are half as responsive to visual stimulation as are men. This biological difference, Lamm suggested, might also explain women’s resistance to the idea: “No wonder that Orthodox Rabbis often find it harder to convince women than men of the propriety of separate pews!”

Kinsey never imagined that his findings would be put to use by Orthodox Jews in providing a modern rationale for religious law and custom. In fact, in his volume on male sexuality and in his lectures, Kinsey proved more likely to associate Orthodox Judaism with America’s Puritanical sexual ethic. Criticizing American sex laws as impracticable on one occasion, Kinsey posited that much of the American pattern of law regarding sex “merely preserves Talmudic tradition.”

And yet the beauty of a blockbuster hit like Kinsey’s reports was that while few read these dry academic tomes, cover-to-cover, many felt free to discuss them — often using Kinsey’s findings to further their own arguments about American culture. Lamm and other Modern Orthodox leaders who found Kinsey useful and paid tribute to his research behaved no differently from other Americans in this regard. But they pioneered a discussion about postwar Orthodox Judaism and sex that today sounds, by turns, charmingly 1950s, amusing, and offensive, and that that would go through many more in the coming decades.

Rachel Gordan teaches in American Studies at the University of Toronto