Why Studying Women in the Holocaust Is Important 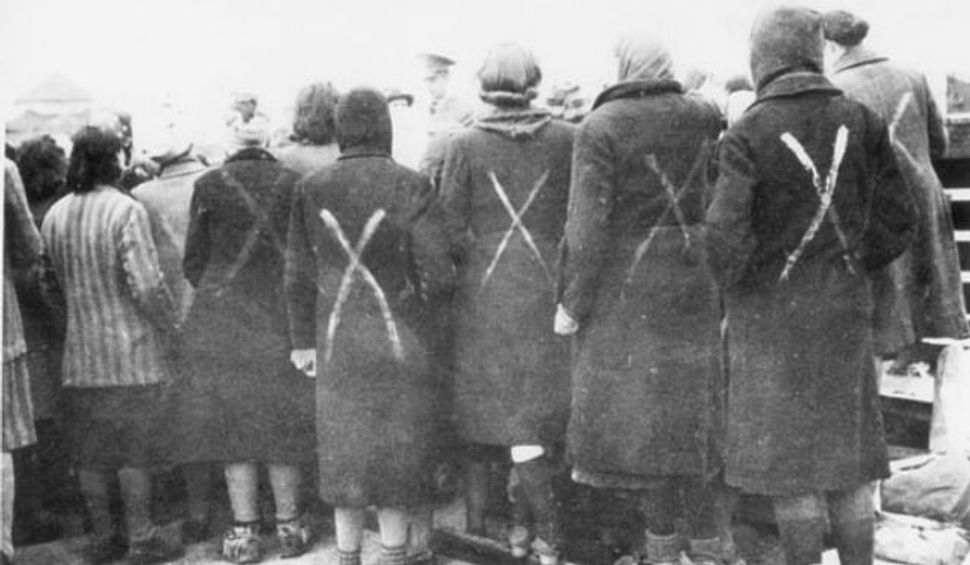 In 1998, Commentary editor, Gabriel Schoenfeld, railed against the emergence of scholarship on women in the Holocaust, thereby bringing this still nascent field to the attention of readers, many of whom were academics. Schoenfeld was dismissive of feminist perspectives of the Holocaust, but he was, in fact, just as distraught over the growing number of university courses on the subject, which, he thought, would eventually “normalize” the horror of this catastrophic break in the values of the Western world.

In the 1980s — nearly two decades earlier than Schoenfeld’s rant — feminist scholars, led by Joan Ringelheim, asked the key question about the Holocaust that they had asked of other fields, namely, where are the women? There had been volumes of Holocaust memoirs by women from 1946 on, but not even a handful stayed in print. Volumes devoted to the history of the Holocaust seldom if ever referenced women. Photographs from the Nazi archives showed more men than women except when the photographs were of women who were stripped naked on their way to mass graves or to the gas chambers. Apparently, naked women were not ignored.

Women’s Studies scholars and feminist historians reflected on Polish-Jewish historian Emmanuel Ringelblum’s remark in his 1958 “Notes from the Warsaw Ghetto” that “the story of the Jewish woman will be a glorious page in the history of Jewry during the present war. And the Chajkes and the Frumkes will be the leading figures in this story.” He also pointed out the heroism of nurses as “ the only ones who save people from deportation without [asking for] money.” So, a few determined historians began to scour archives for material about “the Chaijkes and the Frumkes,” seeking out women survivors to hear their stories. Articles about women in the Holocaust sparked interest in out-of-print memoirs — especially those written right after the war. Many were republished, leading other women survivors to wrote their own memoirs.

Women prisoners gathered when the Red Cross arrive to Ravensbrück in April 1945. Photograph via Wikimedia Commons.

For a conference sponsored by the National Catholic Center for Holocaust Education where I was invited to give a paper on women and the Holocaust, I studied dozens and dozens of memoirs written by women and men. What struck me was that both experienced “different horrors, but the same hell.” It was not a case of comparative suffering, but a case of horrible suffering for both women and men; they suffered differently because of their biology and their socialization in pre-Hitler Europe. Women, I found, were subject to the same torture and cruelty and deprivation that men were, but they coped differently. Growing up in early twentieth century Europe, most women had been taught homemaking and caregiving skills and many transferred those skills to the concentration camps, where they often “adopted” one another.

Recent work has uncovered the prominence of sexuality and sexual torture in the Nazi regime and the consequent use of non-Aryan women as sex objects. Historians explored the role of women perpetrators, the guards who were no less vicious than the men. Work on women resisters and rescuers had not been recognized until Vladka Meed’s “On Two Sides of the Wall” was republished, at which point we learned that most of the gun runners between the ghetto and Warsaw were women, especially those who were blonde and blue eyed. Their physicality did not give away their religion. Awareness of the biological differences helped scholars focus on the effect of pregnancy in the camps and the medical experiments on the sterilization of women.

Yet, through the 1990s, with a few exceptions, feminist scholars who researched women and the Holocaust were not credited with doing serious work. Although surely half the population was women, many people expressed amazement when they heard about the lives of women such as Roza Robota and the resisters who helped blow up the crematoria in Auschwitz; Vladka Meed, who was a gun runner in Warsaw; Gisi Fleishmann, leader of the Jewish community in Slovakia, and many, many more. It is safe to say that most people never thought of women as Holocaust victims. In fact, GIs expressed surprise when they found women among the survivors. Others, like Schoenfeld, stubbornly insisted that work on women trivialized the Holocaust.

It took time and the doggedness of women pioneers in the field who insisted that studying the roles of women added truth to history. Now, when we study genocide, one of the first questions we ask is “where are the women?” Society’s treatment of women and girls suggests the values that that society holds and should be a clue into the future.

Dr. Myrna Goldenberg is the author of seminal articles and books on women in the curriculum, the Holocaust, and American Jewish women.

Why Studying Women in the Holocaust Is Important