Seeing the Holocaust Through Eyes of Women 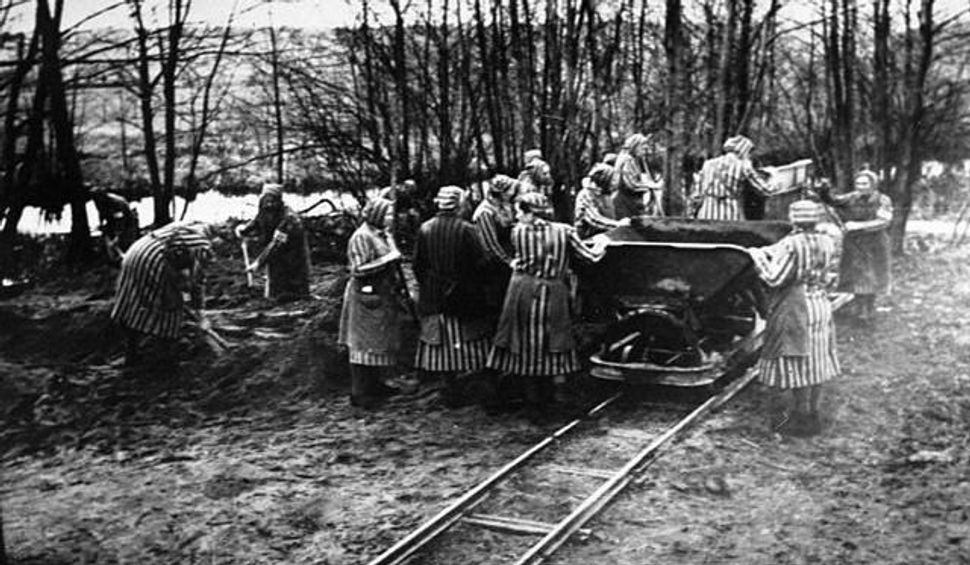 From sexual violence to pregnancies to “camp sisters,” women’s testimonies provide a more comprehensive view of the Holocaust. Beginning with her seminal “The Jewish Women of Ravensbrück Concentration Camp” Rochelle G. Saidel, founder and executive director of the Remember the Women Institute, has dedicated her life to making sure these stories are heard. On International Holocaust Remembrance Day, The Forward’s Sarah Breger speaks with Saidel on the importance of including women’s stories in the Holocaust narrative.

Sarah Breger: What prompted you to research women’s narratives in the Holocaust?

SB: Who were the other prisoners in the camp?

It was mostly political prisoners. There were all kinds of women there from different European countries and even from the United States. This included the sisterof former New York City Mayor Fiorello La Guardia who was there as a political hostage. She was actually Jewish which wasn’t why she was there, but it certainly didn’t help.

SB: How common was sexual violence?

RS: Nobody knows because most women aren’t talking. We can’t prove it but we think many women who were sexually violated were killed afterward — a good way to shut them up. Unfortunately, it’s very difficult to get women to speak about this. They don’t want to talk about it and if they do, they say things like “it was my friend, my sister who was raped, but I hid under the bed and was spared.” I was once on a panel with Israeli writer and second generation activist Nava Semel who said something I think is very true. She said that any woman who ever entered any concentration camp was sexually violated, just in the entry process.

SB: How was pregnancy dealt with in the camps?

RS: In Auschwitz Birkenau, visibly pregnant women were sent to the gas chambers unless saved for some horrible medical experiment having to do with pregnancy and childbirth. Sometimes another prisoner, especially a doctor or nurse, would perform a secret abortion to save the women’s life. There are various accounts of this, including from Dr. Gisella Perl who detailed performing abortions in her 1948 published account.

SB: Why do you think Ravensbrück isn’t part of the standard Holocaust narrative?

RS: It was left out of the narrative of the Jewish story of the Holocaust because it was seen as not a Jewish camp. When I started saying I wanted to present a paper on or write a book about Ravensbrück, I was told by historians and others who probably wouldn’t admit it now, that it was not a Jewish camp and that there weren’t Jewish women there. It was in East Germany and like many communist countries there was no evidence of Jewish victims. Also I might add, it was left out because it was exclusively for women, but I can’t prove that.

SB: How do you respond to those who argue that researching women separately in Holocaust scholarship is unnecessary?

RS: It doesn’t make sense to me. Women had specific issues that men didn’t have and it feels perfectly sensible to me to study them separately. Holocaust Studies began in the 1960s, Women’s Studies began in the 1960s, but it took another twenty years to even try to begin to bring them together. Some historians — fewer and fewer these days — believe that you are telling the story of the genocide of the Jewish people and if you are going to start to bring in these women’s issues you are diminishing the Holocaust. I don’t buy that all. The Holocaust was not a single experience or single event. Just talking about “the Holocaust” is impossible to understand. You need to break it down — so that we can understand that there was this camp and that camp, and there were men and there were women. By putting together the different aspects, we can begin to understand the phenomenon we call the Holocaust.

Seeing the Holocaust Through Eyes of Women