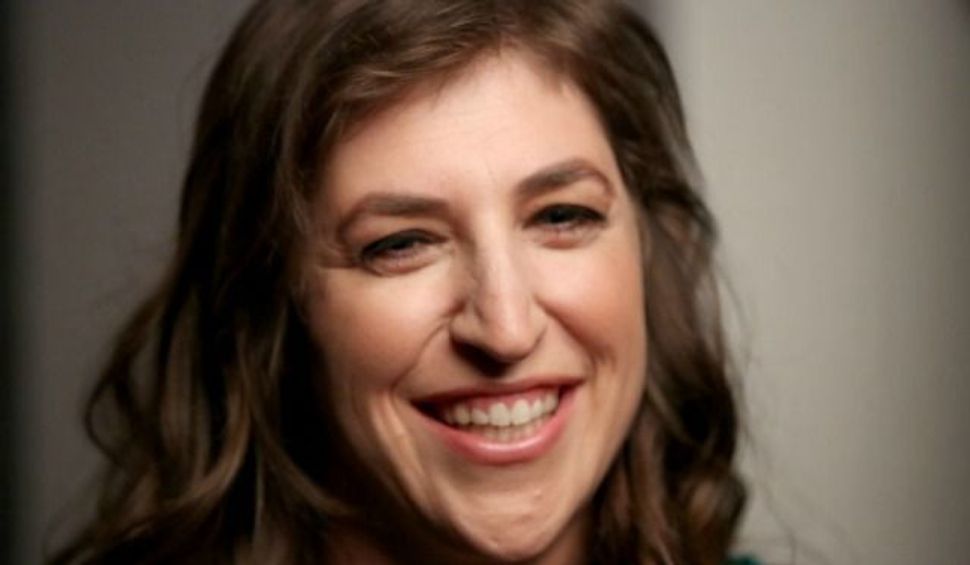 This week actress Mayim Bialik, wrote a forceful post, on Jewish parenting site Kveller, in favor of breastfeeding after a Similac commercial about the “Mommy Wars” went viral. I more or less agreed with her pro-nursing arguments, being a pregnant and nursing mother to a toddler myself, but did see why so many accused her of being judgmental and preachy.

What moved me into a tizzy, however, were her (true) statements regarding the medical benefits of breastfeeding over formula. She wrote, “It’s not the same as cloth versus disposable diaper choices or deciding which baby shampoo to use. This commercial undermines medical and scientific fact under the guise of ‘It’s all the same, don’t judge.’” Bialik — though you wouldn’t realize it from her staunch defense of “scientific fact” — does not vaccinate her children.

Earlier this week Bialik appeared on the Late Show with David Letterman. She discussed her life since Blossom, during which she obtained a Ph.D. in neuroscience. She’s a spokeswoman for calculators. In short, she’s a self-proclaimed and proud science nerd. Yet, Bialik has shrugged off what is to date the most astonishing medical miracle of the modern era: Vaccines. Bialik has, somewhat quietly until recently, made statements about shirking vaccines for her two sons. After a Kveller piece went live discussing why one mother, due to her Jewish beliefs, decided to vaccinate, Bialik posted a rebuttal on her popular Facebook page only to delete it hours later (a screenshot is below). Why did Bialik delete the post, that in my memory was her first open declaration of anti-vaccination beliefs? Unclear. Hopefully, it was due to the heat she received from her normally loyal Jewish fan base.

Few, if any, role models proudly wear their Judaism as a religion on their sleeve in the manner that Bialik does. Her pride in Jewish observance is in stark contrast to how most of Hollywood portrays Judaism, which depicts it as a mere culture with Ashkenazi food and obsessive compulsive jokesters.The Jewish community has thus, understandably, made Bialik into a hero. She discusses her observance of the laws of Shabbat, of holidays, of kosher laws, while at the same time showing off her (tznius) award show gowns on social media. Her columns are Kveller’s most popular, and for many, her affiliation with the site was what introduced them to it. Any Jewish group around the country, in particular frum organizations like Partners in Torah, clamors to have her in attendance at events. While Bialik deflected a fair amount of heat from non-Jewish fans during Israel’s last war in Gaza, she remained a Jewish role model, gaining new fans with a publicized donation to the IDF.

My passion for pro-vaccine activism developed over the course of a year I spent teaching fifth grade in rural Cambodia. I saw babies and kids come down with viruses like the measles, a disease I thought was left on the Oregon Trail. These young children were wracked with dangerously high fevers while living without air conditioning in extreme heat. The suffering they experienced is something I wouldn’t wish on my worst enemy, let alone a defenseless child. When vaccine clinics popped up in town mothers and their children lined up and waited in the sun, sometimes for hours, for the jab. These mothers, who likely didn’t have any schooling past the fifth grade, were better caregivers for their children than the recipient of a doctorate in science from UCLA. They saw the suffering measles or mumps had inflicted on their other children, or maybe their neighbor’s children, and understood that one shot could spare their kids from the same fate.

What makes Bialik’s activism that much more dangerous than that of, say, Jenny McCarthy is with her strong background in science she is seen as an authoritative voice. She also likes to dress the part, on and off the air. Unlike McCarthy, she actually has some deserved credibility in the sciences, even if it is not the biological sciences. Unfortunately, the mothers of my students in Cambodia don’t have her platform, they can’t share with the world what the measles looks like, how it can take a life in just 12 hours, like it did the daughter of Roald Dahl. They may not have Bialik’s audience, but they seem to have a better grasp of “scientific fact”— and that’s the problem.