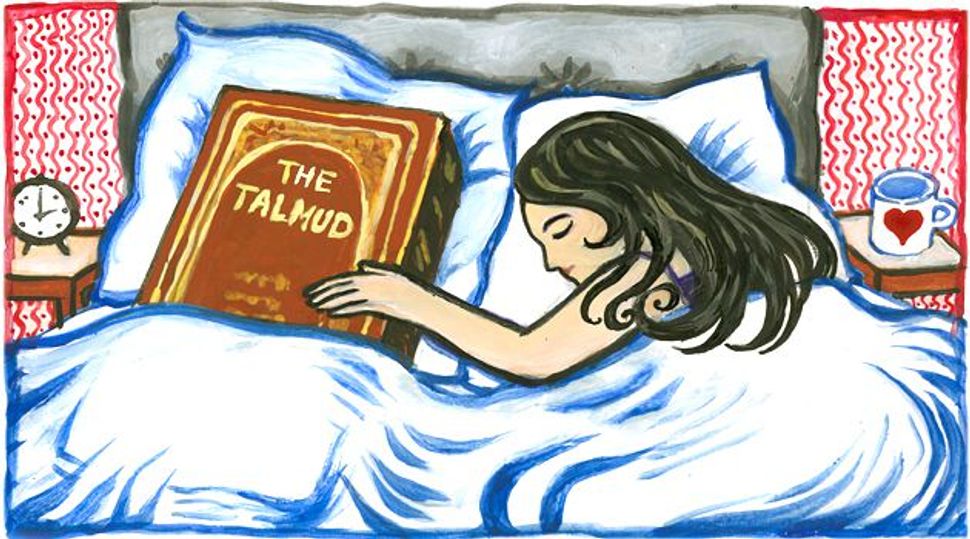 From when I was a little girl until I went to college, every Valentine’s Day, I would find a small gift and a card from my parents (or really, my mom) waiting for me at my spot on the kitchen table. Even after I moved out, first to go to college and then into my own apartment, I always knew that as February 14th approached, I could expect an envelope — usually red or pink — in the mail, containing a cheesy if sweet card, promising me that for my parents, I would always be their Valentine.

Despite the dependable hearts and teddy bears, however, I did not grow up in a house where there was an emphasis on love stories and fairy tales. My second wave feminist mother worked full time in high-powered jobs throughout my entire childhood, and if there was cooking to be done, we knew that the person to turn to was my father. Even the story of my parent’s engagement was not exactly the stuff of great romance. Instead of shiny diamonds and sweet smelling roses, my father proposed to my mother in a desperate attempt to get her to stop crying over her perceived lack of job prospects. So while I certainly spent my fair share of time dressing up as a bride or a princess, I don’t remember ever dreaming of my wedding, or hoping that a prince would come sweep me off my feet. Instead, I was going to be a strong, independent woman who built a relationship with a true partner. Love at first sight was nothing but a fantasy.

Imagine my surprise, then, when, a year after I graduated from college, I was swept off my feet. It was not a person, however, who did the sweeping. It was a book.

Because in fact, one of the great love stories of my life has been the story of my love affair with Talmud. My first encounter with learning gemara had many of the harbingers of a new romantic relationship. Before class every day, I felt nervous but excited. I parsed every word and conversation over and over, trying to find a deeper meaning. I was often confused, but in a way that made me seek more contact, instead of less. And finally, it consumed my thoughts, making me feel energized and alive in a way that few others things in my life ever had.

When I called my parents after my first week of learning to tell them I was going to leave my job to study at Drisha full time, it was like I had told them that I was going to elope with someone I just met. They had many arguments against the decision, all of which where perfectly rational, and all of which I ignored. My heart knew what it wanted, and what it wanted was Abaye and Rava, layers upon layers of arguments, and an ongoing conversation about whether acquiring a wife was the same as acquiring a cow. I longed to better understand the heart and mind of the Jewish tradition, which to me lay between the pages of these ancient leather-bound volumes. In the words of Shir HaShirim — I have found the one my soul loves. This is my beloved, and this is my friend.

Over time, as happens in all relationships, my relationship with the gemara has matured and evolved. While the deep passion and excitement I felt in those first weeks and months has waned somewhat, it has been replaced with a deeper understanding and connection. Instead of getting lost in the language, I have learned to look beneath the surface and intuit what is driving its arguments. Some days, I feel deeply frustrated with the text, either because its values feel so antithetical to my own, or because its conversations are so winding that I get lost in the back and forth. However, most days, I wake up excited to learn, to delve back into the text that has become my intimate companion, and to know it a little better than I did the day before.

Of course, while the Talmud will always be one of my great loves, it will not be my only one. I hope that one day, when I find my (human) partner, we can explore this love of mine together, using it as a springboard to learn more about our tradition and about each other. When I am a mother, I will tell my children the stories of Rabban Gamliel, Rabbi Yehuda haNasi, and Beruria, weaving fairy tales out of the great scholars who have become my great friends. And I will tell them the story of how I got swept off my feet right when I least expected it, and was lucky enough to find a relationship that changed, and deeply enriched, my life forever.