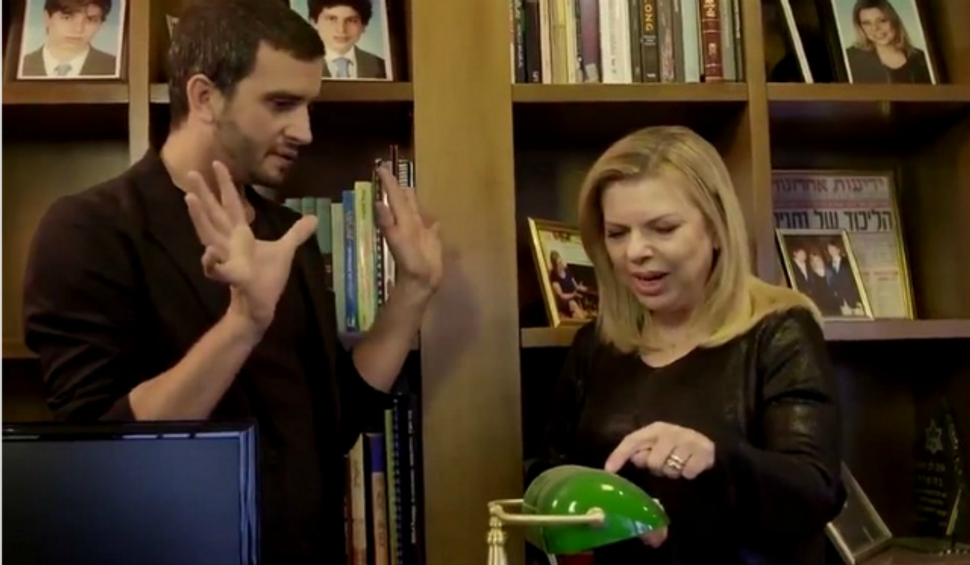 In one of the most entertaining campaign video so far, Sara Netanyahu channels Jackie Kennedy and takes the Israeli public on a (virtual) tour of the prime minister’s residence. Set to a soundtrack that includes Justin Timberlake’s “Cry Me a River” and the House of Cards credits theme, Sara leads TV home makeover star Moshik Galamin around her Jerusalem home making sure to point out the fraying rugs, peeling paint, jammed windows and even a bouquet of dead flowers. “This looks like the kitchen of a Romanian orphanage from 1954!” Galamin exclaims upon seeing the dated kitchen.

This not-so-subtle pr stunt comes the same week a state comptroller report on the Netanyahus’ excessive spending is set to be released. This is not the first time the prime minister has been accused of a too lavish lifestyle — perhaps most famously Bibi’s NIS 10,000 annual pistachio ice cream budget. (This video is quick to point out that Bibi’s favorite food is actually the everyday schnitzel.)

The video is also an attempt to soften the image of Sara Netanyahu, who the Israeli media has always taken great joys in demonizing.