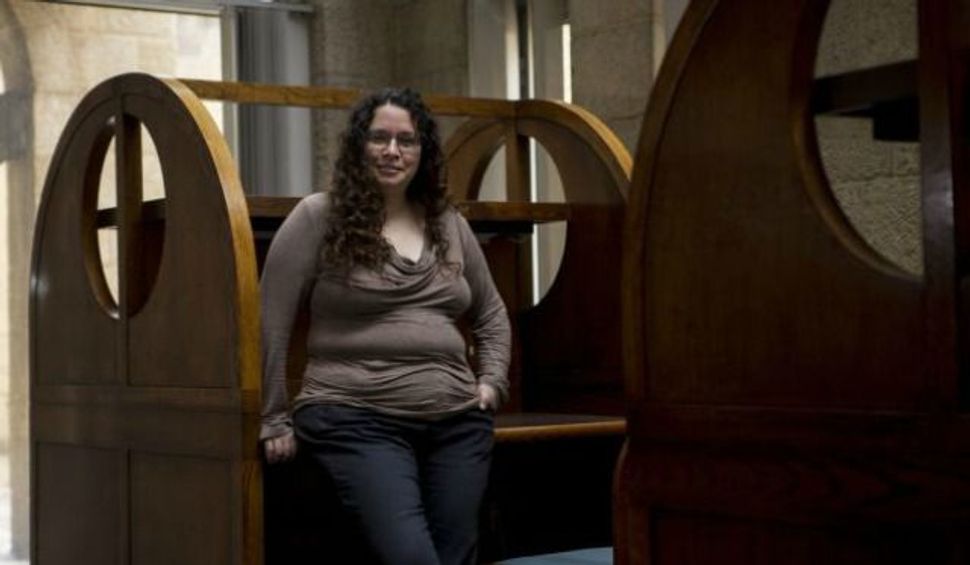 Noa Sattath seemed destined for a career in high-tech. But all that changed when, upon completing her military service, she told her friends and family she was gay.

“I came from the privileged parts of Israeli society, and this act of coming out connected me to the whole issue of minority rights,” she reflects. “It made me realize my future was in social change.”

Today, 15 years later, Sattath is completing her fifth year as director of the Israel Religious Action Center (IRAC), the advocacy arm of the Reform movement in Israel. Although officially affiliated with one movement, IRAC sees itself as representative of all the non-Orthodox streams of Judaism in their common struggle for full recognition in Israel.

Her career in social activism began in a different arena, though. In 2006, Sattath was appointed executive director of Jerusalem Open House, the first LGBT community center in the capital, where she had been active since coming out. It is probably one of the few places on Earth, she acknowledges, where Palestinian lesbians and ultra-Orthodox Jewish homosexuals can meet under one roof.

As the driving force behind the first Gay Pride Parade in Jerusalem, she first gained public recognition as a social activist while working there. But after running the community center for two years, Sattath decided she wanted to move on. “It was important for me to look at social justice from a bigger perspective, and I felt Israeli-Palestinian relations was where it was at,” she recounts.

Her next job was executive director of MEET, an organization that promotes coexistence by bringing together Israeli and Palestinian students who excel in the sciences. And it was during her encounters with young people from both sides of the conflict, she says, that she realized what her next calling would be: rabbinical school.

Last November, Sattath was among the latest handful of Reform rabbis to be ordained in Israel. Today, she is one of some 100 Reform rabbis active in the country – roughly half of them women. Among the women, about five are openly gay.

“What I learned from my work with young Israelis and Palestinians is that the Palestinians have a much stronger narrative and a much greater religious and political sense of self,” she says, explaining what prompted her decision to become a rabbi. “The Israelis couldn’t articulate much about their identity beside the Holocaust – and this void, I believe, has a profound effect on how we see ourselves. I came to rabbinical school looking for a ‘comfort level’ of Judaism that would allow me to think more creatively about social justice issues through a Jewish perspective. And that’s also why I became involved in IRAC.”

Her staunchly secular parents, says Sattath, found it difficult to understand what drew her to religion (“Much more difficult than other things I did,” she says). But this was not the first time they were made aware of her special spiritual needs. “When I was 17, I became observant. But after I came out, I felt out of place in the Orthodox world,” she recalls.

Her modest office at the Hebrew Union College in Jerusalem is cluttered with photos, posters and pamphlets. She sits just down the hall from the woman she calls her hero – Anat Hoffman, chairwoman of Women of the Wall, the multidenominational feminist group that drew international attention in recent years for its struggle to allow women to pray as they see fit at the Western Wall. As executive director of IRAC, Hoffman is also officially Sattath’s boss.

“Yes, I know I’m her boss, but I haven’t felt that since she first walked into this place,” jokes Hoffman. “She runs all of us.”

Born and raised in Jerusalem, Sattath speaks fluent English with barely a hint of an accent. “It’s all from watching TV,” she says, flashing a toothy smile. She served in Military Intelligence in the army, and after that spent quite a few years working as a team leader in a Jerusalem-based software company. During that time, she also completed her bachelor’s degree in history and international relations at the Hebrew University of Jerusalem.

Dressed super casually, the bespectacled 37-year-old has her long wavy hair parted in the middle, flower-child style. Right off the bat, it’s clear that none of her fancy titles interests her as much as her new title of mom.

Would it be okay, she wants to know, to share some adorable videos of her year-old twin daughters? When she gets the nod, Sattath promptly whips out her cellphone. “Isn’t that the most amazing laugh you ever heard?” she asks, as one of the tiny tots giggles out of control.

Sattath and her partner Netta, a shiatsu practitioner, were married three years ago. They live in Jerusalem with their twin daughters and another child from a previous relationship of Netta’s.

Her greatest asset, say those who’ve worked closely with Sattath, is her nonthreatening, yet very effective, management style.

“I’ve worked with many administrators over the years,” says Hoffman, “but none with such excellence. Noa can’t cook, she can’t draw, she can’t garden, and she’s not musical. But until I met her, I didn’t know that management could be a creative skill.”

Rabbi Rick Jacobs, president of the Union for Reform Judaism, recalls a recent trip he took with Sattath to Hadassah University Hospital in Jerusalem to visit a Palestinian boy who had been badly beaten by Jewish thugs. “She just walked in and put everyone at ease around her,” he recounts. “This is the type of person who has a clear sense of the opportunities there are in moments like that.”

As the advocacy arm for progressive Judaism in Israel, IRAC focuses its energies on wresting control of marriage and divorce law, as well as conversions, from the hands of the Orthodox-run religious establishment. Recently, it has also taken on the cause of fighting gender segregation in public spaces.

But the organization plans to reorganize its priorities over the next few years, says Sattath, with special focus on a cause not typically associated with religion: racism. “In our upcoming three-year plan, we plan to devote 40 percent of our resources to a special campaign to fight racism in Israel, primarily racism against Arabs,” she reports.

What’s the Jewish connection? “We often see that Orthodox rabbis manipulate Jewish texts to justify acts of racism,” she responds, noting that the objective of the new campaign will be to reclaim the classic Jewish texts and use them in a way to promote a shared society in Israel.

The campaign will focus on stories from Israeli hospitals, she says, to demonstrate the viability of Jewish-Arab coexistence.

Despite her recent ordination, Sattath says she has no plans to become a congregational rabbi. “I don’t have the patience for that type of work,” she admits.

“The work I have right now is the perfect rhythm for me and was really bashert,” she adds, using the Yiddish term for “meant to be.”

Considering the growing racist tendencies in Israeli society, does she allow herself to indulge in despair? “If I didn’t think there was hope,” she responds, “I wouldn’t be in this job.”