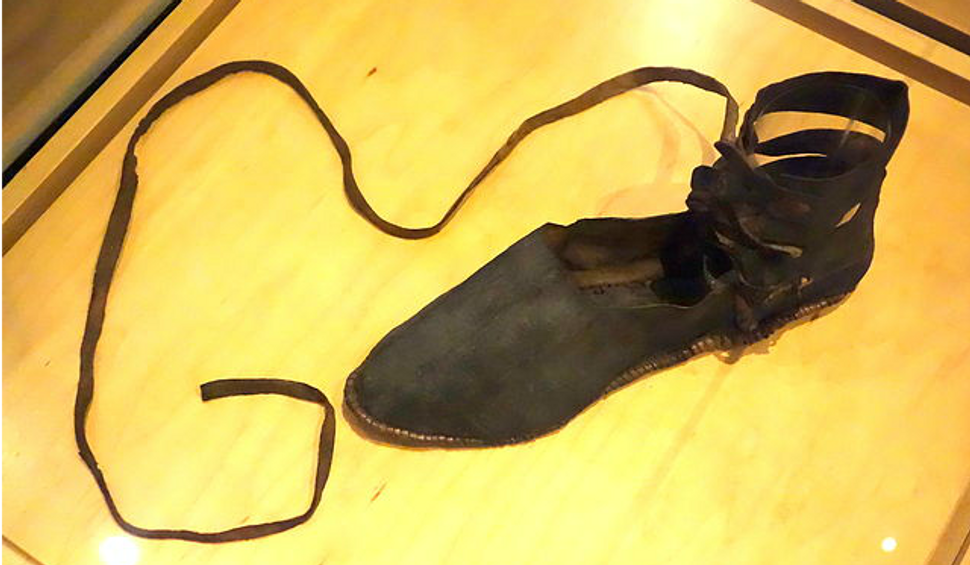 Responding to numerous complaints from women, a religious advocacy group in Israel is urging the Chief Rabbinate to regulate an obscure Jewish “spitting” rite.

The rite in question, performed in the Orthodox community, is known as “Halitza” and is required of women who have been widowed with no children and who wish to remarry. In ancient times, the brother of the deceased husband was required to marry the widow. The “Halitza” rite frees him of that obligation. In the ceremony, the woman removes or loosens her brother-in-law’s shoe and then spits in his direction to indicate her disgust with his refusal to marry her. She then recites the following words: “So shall be done to a man who refuses to build up his brother’s house.”

According to ITIM, a non-profit that advocates on behalf of individuals facing obstacles under Israeli religious law, about 20-25 women a year in Israel are subjected to this rite. Should they remarry without participating in the rite, according to Jewish law, their children would be considered bastards and cannot marry in a religious ceremony.

“In the past year, we’ve received a number of phone calls from women who felt uncomfortable and humiliated while participating in this rite, and for that reason, we’ve drafted proposals to regulate it,” Rabbi Seth Farber, the founder and director of ITIM, told Haaretz.

The proposals were purposely submitted to coincide with International Agunah Day, which falls tomorrow on the Fast of Esther. Agunot are Jewish women who are “chained” to their marriages, in most cases because their husbands refuse to grant them a religious divorce. Widows whose brothers-in-law refuse to “release” them through the Halitza rite are also considered Agunot of sorts.

Farber noted that various women who had taken part in the ceremony had complained that it had become a spectacle because representatives of the Chief Rabbinate were in the practice of inviting outsiders to attend the ceremony. “They do this because it is rather rare to have this ceremony performed,” he explained. As part of its recommendations for regulating the practice, ITIM proposes that no outsiders be invited to attend without the consent of the woman and her brother-in-law.

The proposed regulations also call upon the Chief Rabbinate to appoint a woman representative to accompany any woman requiring this rite to the rabbinical court and to allow the woman to bring another woman along with her, should she feel the need.

“It is our hope that the chief rabbis will recognize the present lacunae and adopt our proposal, which seeks to uphold the halachic standards of the rabbinical courts, but at the same time ensure the democratic rights of individuals who use those courts,” said Farber.