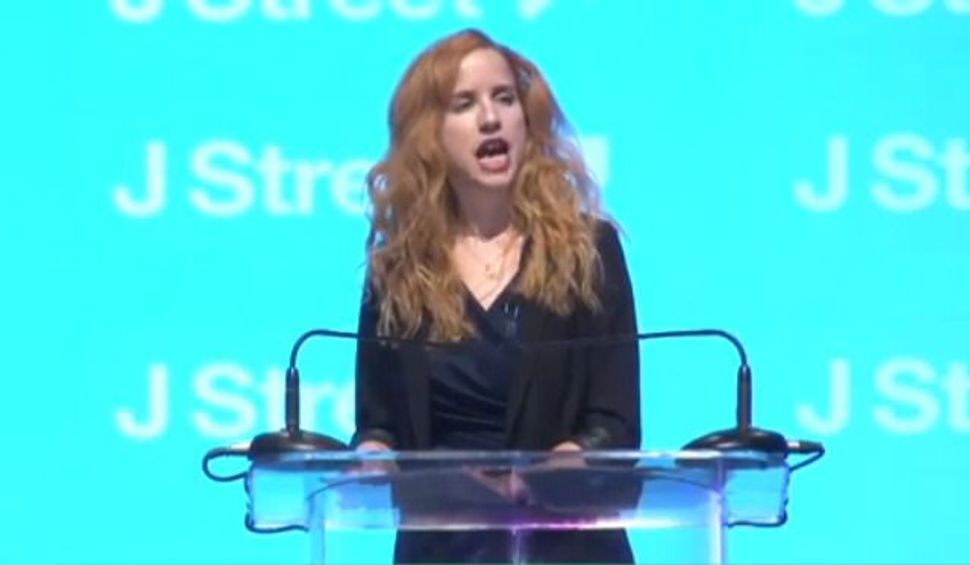 In the wake of the Israeli election and Bibi’s statements on the two state solution, it’s not surprising J Street’s annual conference focused on the fears of what the future will bring and warnings of what will happen if Israel continues on its current path. But it was Stav Shaffir — who at 29 is the youngest member of Knesset — and her “politics of happiness” that finally gave the 3,000 person audience something to believe in.

“Since I arrived in the United States I have heard frustration I haven’t heard in the past, beyond frustration — almost despair,” said Shaffir.“But despair, this we cannot afford.”

In analyzing the election outcome, Shaffir shrewdly acknowledged, “we simply did not give the Israelis a clear enough picture of what dreams we have for a better future. Ladies and gentleman its about time we do.” 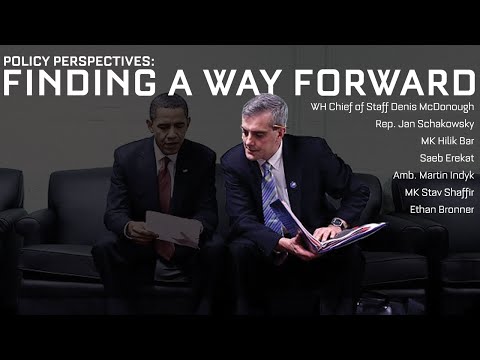 In many ways Monday’s speech could be viewed as a platform of what liberal Zionism could look like if given a chance at leadership:

If the reaction of J Street’s audience is any indication Stav Shaffir is on her way to becoming Israel’s next prime minister. The audience loved the 29-year-old, applauding and cheering throughout her speech. Conference attendees tweeted out their exuberant approval with statements such as “@stavshaffir for prime minister” or “@stavshaffir is the bravest woman alive right now!”

.@StavShaffir embodies zionist mentality of strength and controlling her own destiny. No fear on stage at #JSt2015.

Stav Shaffir just gave one of the most empowering speeches about Israel that I have heard in a long time. #JSt2015 #ReadyForStav

I’ve never been more proud to be Jewish, be a woman, or be Pro-Israel until hearing @StavShaffir speak #JSt2015 #inspired @jstreetdotorg

This should come as no surprise as Shaffir is already a rockstar on the Israeli left. In February, Forward’s Israel correspondent Naomi Zeveloff wrote a detailed profile of the firebrand and her unlikely rise to power. Zeveloff explained that Shaffir’s “near idol status among liberal Israelis,” is due to “her seeming ability to tie the economic concerns that galvanized the mass protest movement to Israel’s policies in the occupied territories, which many Israelis otherwise strive to avoid.”

On Monday her message was one of optimism, what she called the “politics of happiness”:

My friends when we sing the national anthem HaTikvah, we sing it with the full meaning of this word hope— hope for politics of peace, for a political system that will fix various parts of our society, that’s the real zionism that’s the real hope

I’m as hopeful as ever.