The Haggadah Illuminations of Barbara Wolff 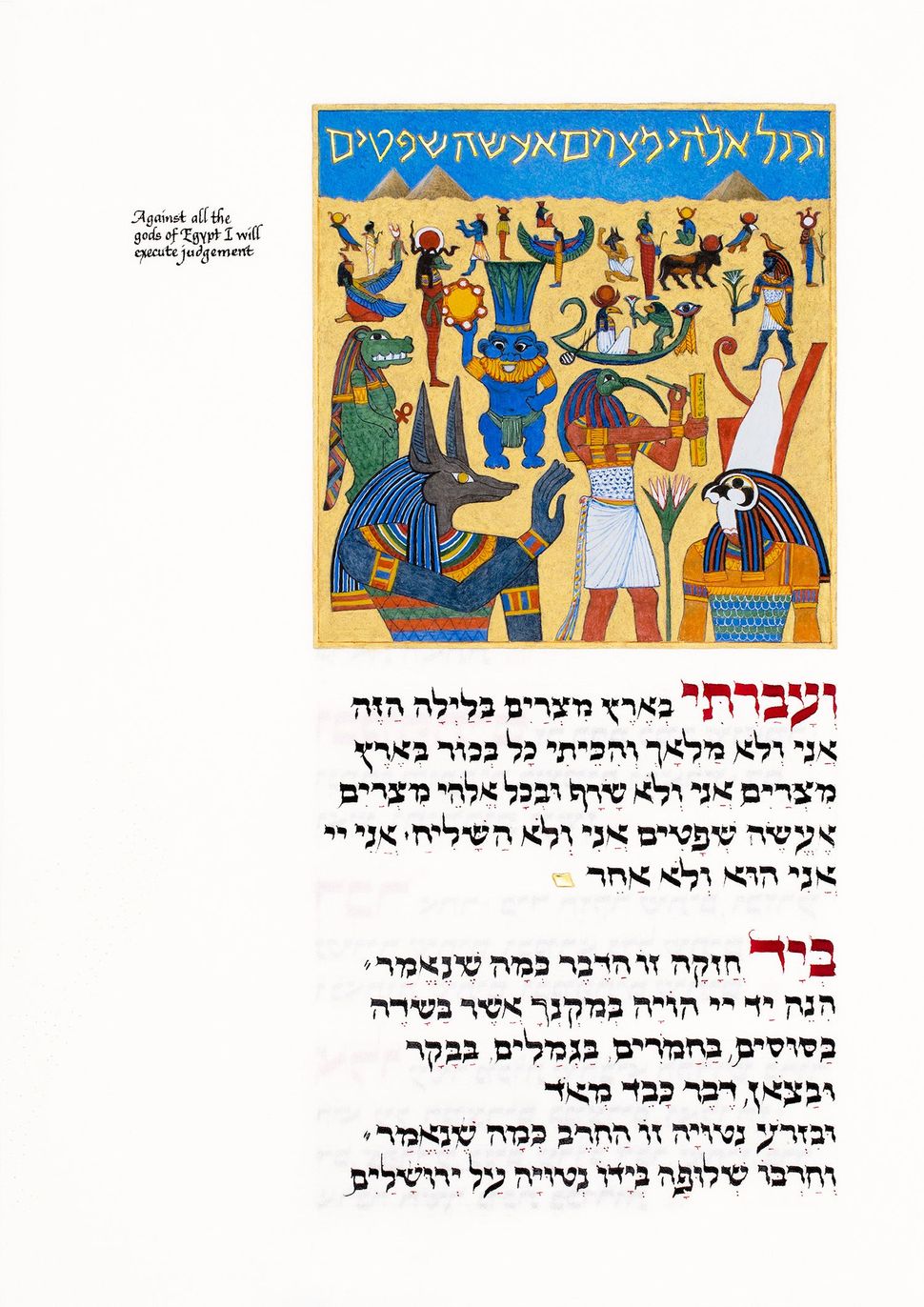 Barbara Wolff, “Against All the Gods of Egypt I Will Execute Judgement.” Rose Haggadah/Morgan Library & Museum. Image by Rudi Wolf

A recent donation of artwork by Jewish artist Barbara Wolff to the Morgan Library & Museum in New York is doubly rare. With few exceptions, the Morgan’s collection stops at the year 1600, and its Hebrew illumination holdings are scarce. 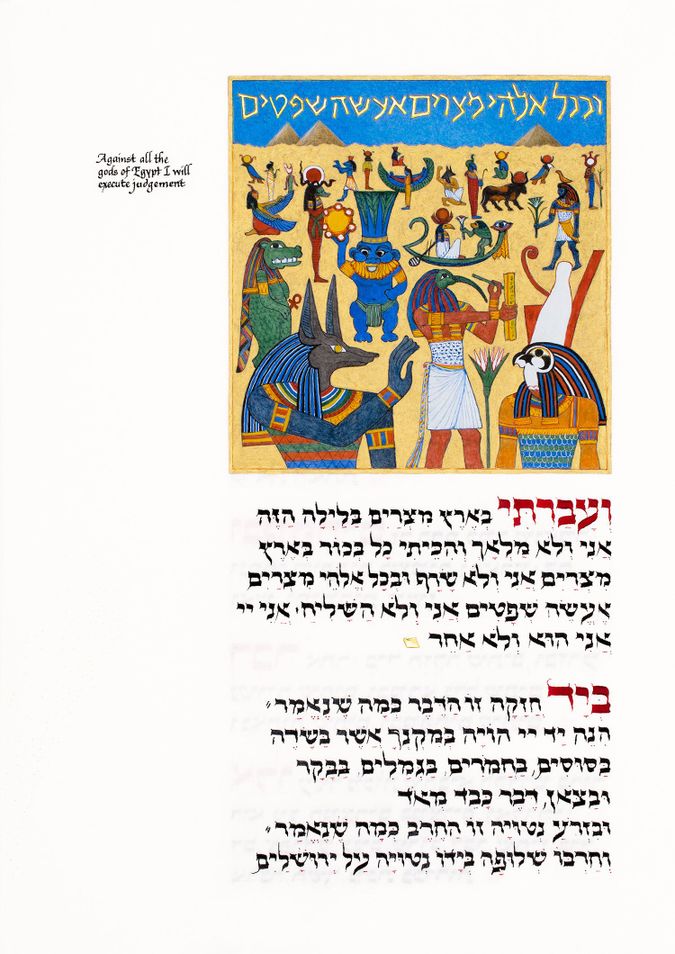 Barbara Wolff, “Against All the Gods of Egypt I Will Execute Judgement.” Rose Haggadah/Morgan Library & Museum. Image by Rudi Wolf

“A gift of this sort is highly unusual to the department of medieval and Renaissance manuscripts,” says Roger Wieck, acting head of the department and Morgan curator. “We have been approached in the past by modern illuminators, who would have like to have their work represented at the Morgan, but we have not been favorably impressed with the quality.”

Wolff’s manuscripts – a hagaddah and a book that derives from Psalms – are “superlative” and the two donations “catapult the department’s holdings into the 21st century,” Wieck says.

The Rose Haggadah, donated to the museum by Daniel and Joanna S. Rose and one of the subjects of the Morgan exhibit “Hebrew Illumination for Our Time: The Art of Barbara Wolff” (through May 3), is a first for the museum, according to Wieck.

“The Morgan’s holdings of Hebrew illumination have never been strong, this area having been one that was not of interest to J.P. Morgan or to his son, Jack,” he says. “The Rose Haggadah actually represents the very first example of this text, manuscript or printed, to enter the collections.”

The other manuscript, which focuses on Psalm 104, is displayed as 10 individual leaves. “It was never meant to be bound,” says Wieck. The Rose Haggadah, alternatively, will be bound “possibly in a manner that will allow us to extract bifolios for multiple display,” he adds. (Bifolios are folded pages.)

The Morgan exhibit displays the modern manuscripts – which Wolff made with traditional materials, such as silver, gold, and platinum foils on animal skin (vellum) – alongside medieval Jewish manuscripts. That juxtaposition is designed to impress upon visitors the “shared core” of Christian and Jewish liturgies, according to Wieck. “Barbara’s work falls within a long tradition of the Hebrew illuminated manuscript.”

Seeing medieval manuscripts on visits to the Metropolitan Museum of Art, the Morgan, and the Cloisters, Wolff, a native New Yorker, found herself “beguiled” by the “miniature worlds on their painted, gilded pages and amazed by their craft,” she says. “I feel as if they are my artistic ancestors and teachers. For me as an artist, it is a huge honor to have my work shown with these manuscripts.”

Among the 17 bifolios of the Rose Haggadah are several illustrations of Egyptian sculptures of divinities (what day schools call “idols”). Wolff has had a “lifelong interest” in archaeology and ancient history, particularly the Near East. Carved Mesopotamian cylinder seals, presumed to be from the time of Abraham’s departure from Ur, from the collections of the Met and the Morgan directly inspired her painting of three Akkadian gods..

“The other reason for portraying the various gods was to add another aspect to the Passover evening’s haggadah commentary,” she says. “My visual Midrash, so to speak, in the form of a pictorial answer to the question: ‘Who/what were those gods we are warned against again and again?’” Her answer? “Sumer, Egypt, and the unseeing eye idols of Tel Brak.”

Asked to what extent she self-identifies as a Jewish woman artist, Wolff says such labels are “thorny” and “often-debated question.” If an artist uses Hebrew text, is she or he necessarily a Jewish artist, and if so, would that hold true for, say, a Christian artist who mines Jewish subject material, she asks.

“I certainly identify as a Jewish woman and an artist/Illuminator,” she says. “Though I have chosen Hebrew texts as inspiration, I wouldn’t dream of calling myself a ‘Jewish’ artist.”

The Haggadah Illuminations of Barbara Wolff