Portrait of the Artist As ‘Mamochka’ 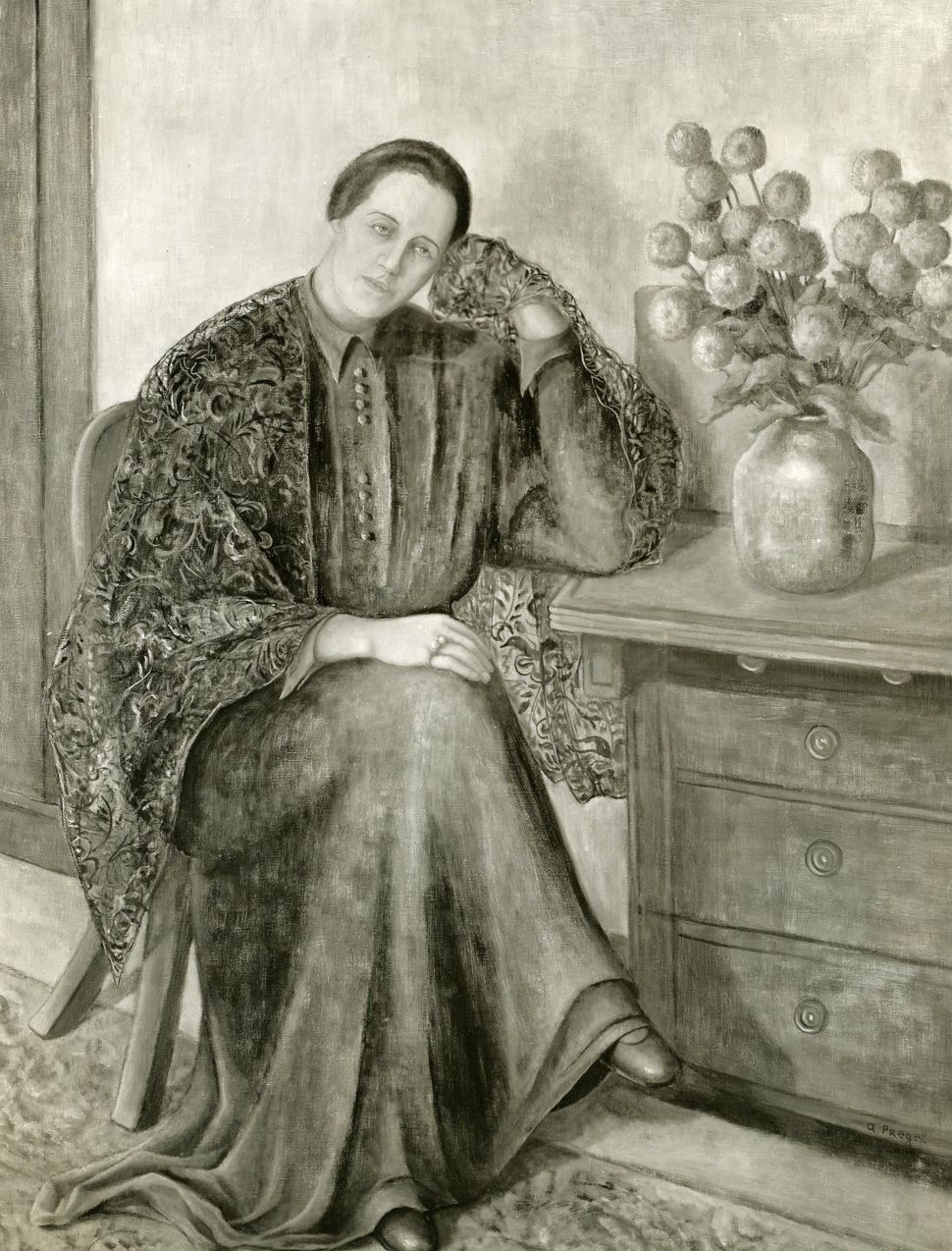 Standing out in a series of photographs in our archive depicting the artwork of painter Alexandra Pregel (1907-1984), published in the Forverts in 1948, is a striking portrait of an elderly woman whose melancholic gaze and soft posture belie the historic role she played as intellectual salonniere, revolutionist, publisher and artistic midwife to the early modern Soviet creative class of three different countries. 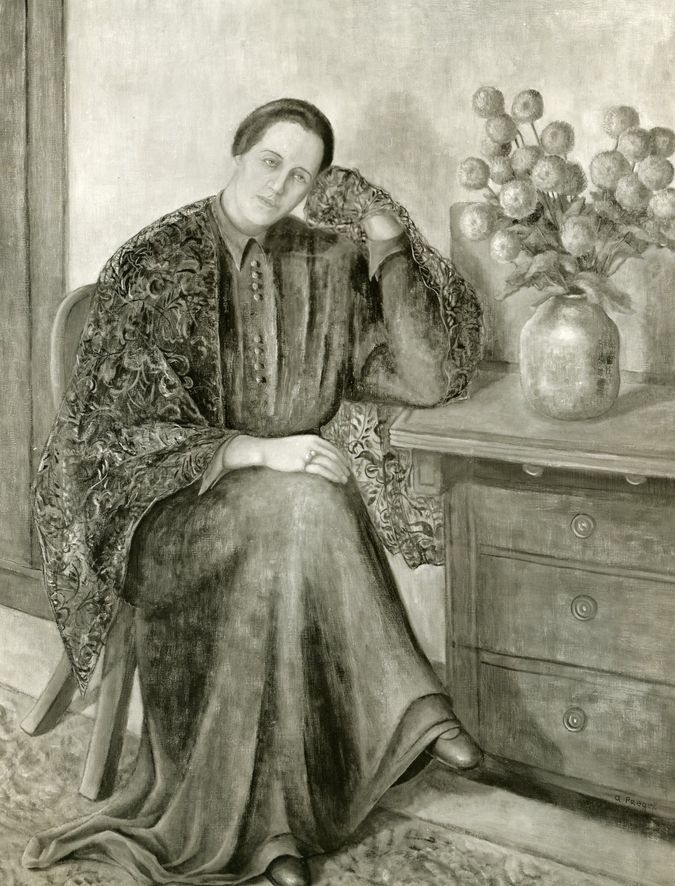 Maria Samoilovna Zetlin (1882-1976), seen here in a portrait by her daughter the artist, was born Maria Tumarkina in Moscow to an artisanal jeweler. Completing her doctorate in philosophy at the University of Bern in Switzerland in the early 1900s, she was a revolutionist and member of the Socialist party. In Bern she then met and fell in love with fellow activist Nikolai Avksentiev who was shortly to become her fellow prison-mate after the failed 1905 revolution, and it was there, in 1906 that they married. When Avksentiev was sentenced to Siberian exile, Maria followed him there — and when he escaped — she returned to Moscow, found passage for herself to Helsinki, Finland where she gave birth to daughter Alexandra. Divorcing in 1910, she then married Mikhail Zetlin, a descendent of Zionist activists and heir to the famous Wissotzky Jewish tea fortune, whom she had met earlier at university.

They set up home in Biarritz, France where in 1912 a son Valentin was born. Inspired by the rumors of the upcoming revolution, they returned to Moscow in 1917 where daughter Angelina was born. Their home welcomed artists and intellectuals of the day, reportedly immortalized in the writings of Pasternak and Mayakovsky. Debuts were a common feature at their salon but by 1919 they gave up hope of a reformed democratic Russia and left for Paris where Zetlin, by then a published poet, critic and researcher found work primarily as an editor. Their Paris salon welcomed artists as diverse as Picasso and Diego Rivera and was a critical source of artistic support for Russian artist émigrés including Natalia Gonchorova, an influence on Alexandra’s developing artistic vision, and considered by many to the be the mother of Soviet avant-garde painting.

Faced with upheaval again less than two decades later, as the Nazis marched into Paris, the Zetlins were forced to abandon their vast art collection when they escaped to New York City where daughter Alexandra had re-established herself earlier, after losing 300 of her own works to the Nazis. Married to uranium expert handler Boris Pregel who eventually became a pivotal source for the Manhattan Project, Alexandra had her first U.S. exhibition in 1943 at the New School for Social Research in New York and exhibited across the country in several notable exhibitions, alongside artists like Georgia O’Keeffe and Salvador Dali.

Unlike many other collectors, the Zetlins were able to reclaim their art collection at the end of the war, where it was then safely housed in New York. With her husband’s death in 1945, Maria continued publication of her husband’s journal of modern Soviet literature in exile ‘Novy Zhurnal,’ and generally supporting the publications of post-war Soviet exiled poets and writers. By the summer of 1959, Maria Zetlin gathered her amassed art holdings, including an acclaimed portrait of her by the artist Valentin Serov and donated it to the Ramat Gan Museum of Israel — under the stipulation that the collection be on permanent exhibition — something that didn’t occur till decades after her death, and that recently generated great controversy over the issue of her portrait’s sale, when its vast capital value was uncovered.

Thanks to Zetlin’s devotion to art and all things modern — visitors to Ramat Gan, Israel’s Maria and Mikhail Zetlin Museum of Russian Art can, while viewing the art collection, follow her path and seek to understand the power of such art that drew this revolutionary on a unique and unending path in support of freedom of expression — no matter the cost.

Portrait of the Artist As ‘Mamochka’