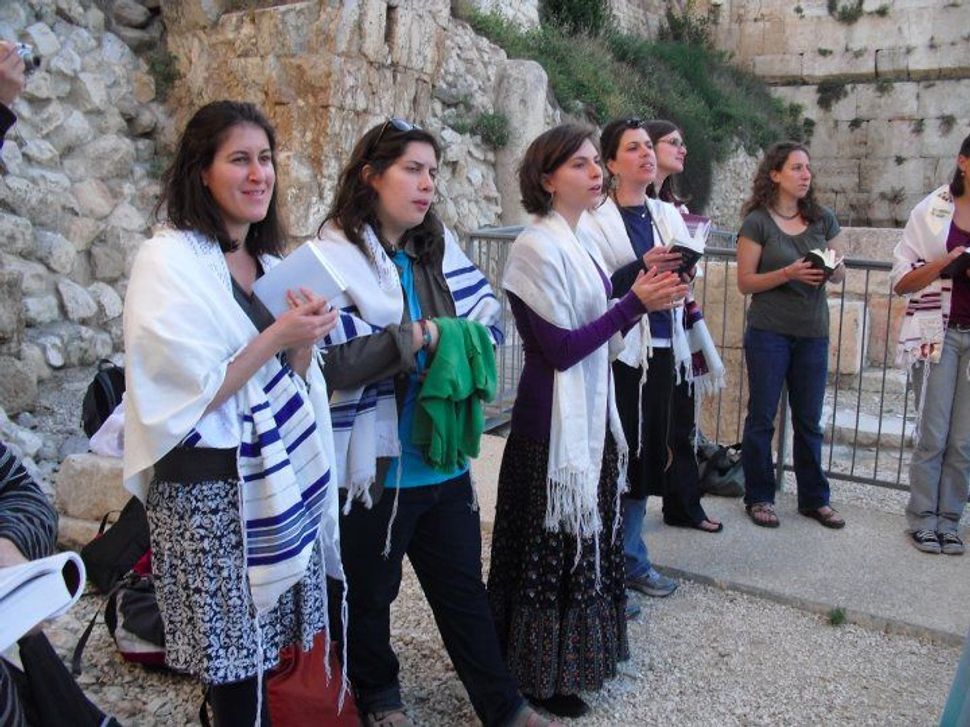 It’s hard to be a feminist in Israel today. You walk around thinking that it should be obvious that women are equal human beings, fully capable of living independent, free lives. But that belief is challenged in every corner of your life, every day.

Sure, there are some signs in Israel that women are doing great. We have , women as heads of the Supreme Court, and even a woman Nobel Prize winner in science. We once even had a woman prime minister, elected back in the sixties. Indeed, today more bachelor’s degrees are handed out to Israeli women than to men. All these are nice little snapshots of a country where there is a possibility of women to make real advances.

But these snapshots are only part of the picture. Looking deeper, they do not reflect the reality on the ground.

Take the issue of women in academia, for example. The bachelor’s level is where equality ends. There are more women than men in universities, but fewer female professors. In fact, as the professional level rises, men outnumber women in increasing proportions, like an inverted pyramid. Men are promoted more and more, despite a larger pool of women. This obnoxious pattern has persisted for decades.

Or take women in politics. Although the number of women Knesset members has increased gradually over the past 15 years, we are still below 30% female representation. What’s worse, on the municipal level only two out of the 230 cities in Israel have women mayors. It is an appalling statistic. And by the way, even though we have had several women heading the Supreme Court, all told only 10 out of 64 Supreme Court justiceshttp://www.ynetnews.com/articles/0,7340,L-4521306,00.html have been women.

The issue of women in the army is also a problem. Although the army has also been slowly including more women in coveted positions many of the most elite units are still all male. Women’s positions are also under tremendous threat from the pressure to conscript more religious soldiers – whose first demand is always to remove women’s presence. The army is reportedly building an all-male base, and already a few weeks ago women soldiers were asked to leave the mess hall when religious soldiers needed to eat. Get ready for more of that. All of this somehow makes sense to the army establishment. And that’s because in general there is an entire sexist culture in the army which assumes women to be weaker, lesser, not serious. My daughter, a Captain in Intelligence in the IDF, constantly tells me stories of the grassroots sexist culture she experiences. Sure, women can rise to certain places, but the sexism remains ubiquitous.

This in turn affects the entire culture of women in business. Israel is heralded as a hi-tech haven, and yet women are systematically excluded from that world, where business relationships are usually culled from those elite army units where women are usually absent. Women head fewer than 8% of top hi-tech companies in Israel and are a mere 16.6% of board members all told. Women are often just not seen, like in the bestselling book “Start Up Nation”, which made Israel out to be some kind of hi-tech wonderland, but barely interviewed women at all, and didn’t even bother questioning the biased gender culture of this wonderland. (Another best-seller, Ari Shavit’s “My Promised Land”, also has almost no women interviewees. And whenever a woman does appear in the book, she is described first of all for her looks.)

And we haven’t even started talking about women and money, and the gender wage gap which is one of the worst in the world. There is an infuriatingly arrogant macho sexism that permeates nearly every interaction, everywhere you go. I say this as someone who has been living here since 1993. Every office you walk into, every errand you run, every taxi driver or insurance salesperson or lawyer you meet, you find yourself facing sexist assumptions, attitudes and cultures. I’m tired of flipping through the money sections of magazines, or op-ed pages, or book review sections, and finding almost no women writing or being written about. I’m tired of men talking to women like we are silly little girls. I don’t want to sit around a conference table with a staff of women led by a head who is a man who calls us “banot” or “girls”. I’ve been there too often, I’ve called people out on it, and have gotten nowhere. Even women call other women “banot”, not realizing that it hinders their chances of being considered worthy of getting the same salary as men. I’m tired of women making so little money and being pushed around. I’m tired of women’s organizations that have no money – a situation which describes almost every single women’s organization I know – and being constantly stressed and asking women to work for free. How can women start to make social change of they can’t even buy a pair of shoes? I’m so tired of women being poor and ignored and put down and powerless. This is what I see in Israel every single day.

I think the scariest location in Israel when it comes to sexism is the encounter with ultra-religious men. This week’s story of the police arresting Charlie Kalech for passing a Torah to the women’s section at the Kotel is the most recent example of outrageous religious control over women’s lives. This is on top of women being segregated and excluded in areas from buses to supermarkets to conferences to cemeteries.

This is real threat to women’s lives because secular politicians – kind of like El Al flight attendants – would rather support the demands of haredi men than think about women’s basic rights. They’re happy for the police to arrest women holding the Torah. Or trying to get a divorce. Sometimes I think I’m living in a Kafka novel.

Zionism is a dream that I thought was predicated on autonomy and freedom for Jews. But really it’s only some Jews. Male Jews. It’s a chauvinistic vision of Jewish masculinity. It is that same arrogant masculinity that runs the army, that runs the government, that runs hi-tech companies. Netanyahu is just one more Israeli man whose ego allows him to seek ways to bypass democracy and human rights, to ignore the need for supporting the advancement of women, and to avoid all prospect for promoting peace so that we can all get on with our lives. Creating a civil society, one in which everyone has equal access to the things that make people thrive, doesn’t seem to be on the agenda of too many men in power.

The good news is that there is a growing feminist movement in Israel and some amazing feminist women working hard to make real change. I believe that anyone in the world who cares about the future of the State of Israel as a democracy and the Jewish people as a humane people should support Israeli feminists first and foremost. In particular, support religious feminists who are on the frontlines of the battle to save Israel for all of us.

So my message for this Yom Ha’atzmaut is this: If you love Israel, support the feminists. Support women’s organizations – and when you do, tell the organizations to pay their female staff decent salaries! Support women’s not-for-profits, as well as women’s businesses, women in science and women in academia. Tell your favorite universities to create positions for women in science — and for women in social science. Without insisting on creating powerful places for women, we will continue to fall behind. If Israel is ever going to grow into the kind of country that we know it can and should be, we need to systematically prioritize more power for women.

May Israel’s 68th year herald some needed shifts for women in Israel.

Elana Maryles Sztokman’s newest book, “The War on Women in Israel: A story of religious radicalism and the women fighting for freedom,” comes out in paperback this month.