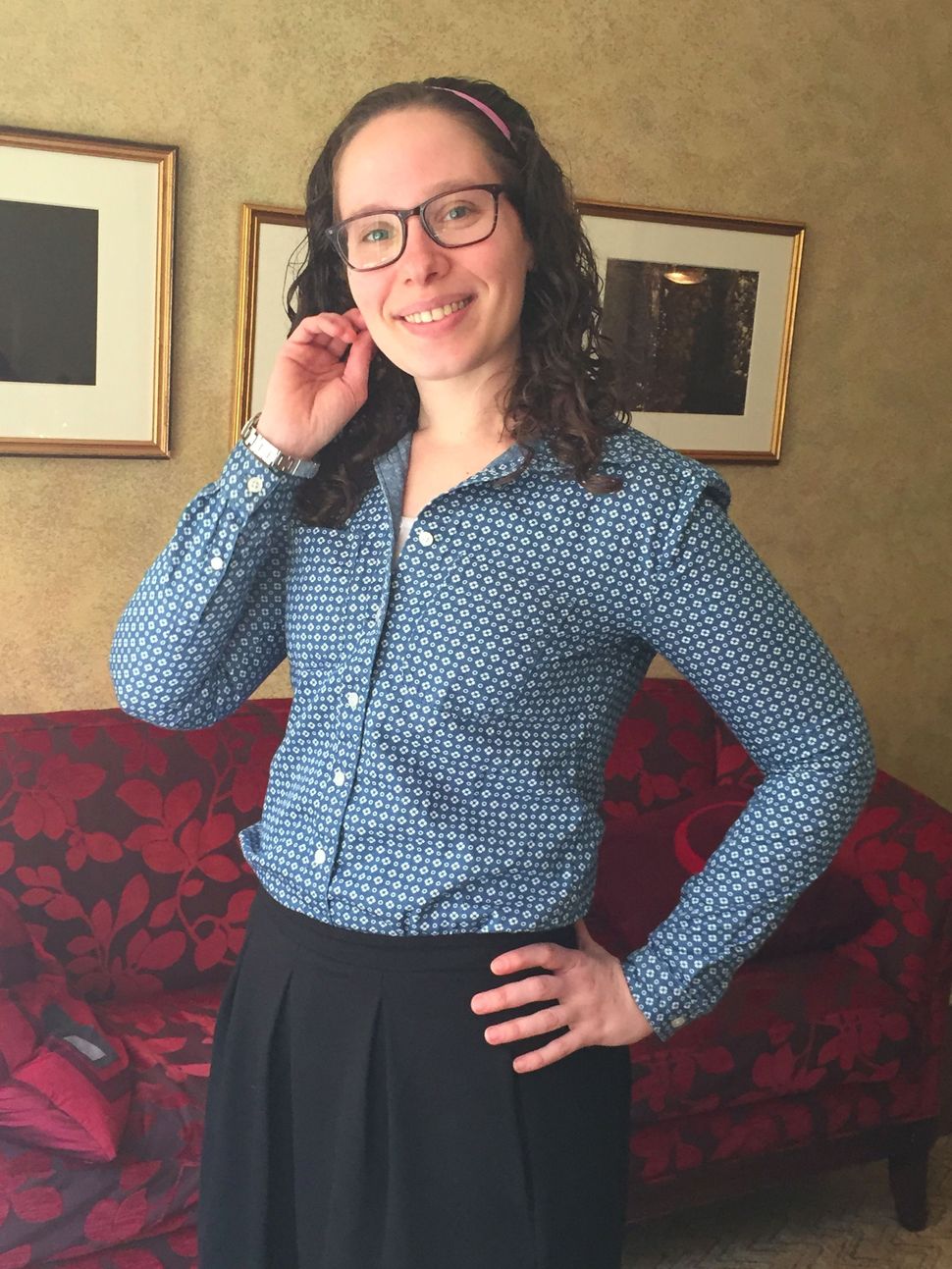 Six weeks before my Bat Mitzvah, I went with my mom to a family friend who knew how to sew to have my dress taken out. I had fallen in love with suit dress — with its beautiful navy color, satin detailing, pearl buttons and bolero jacket — but as a 180 pound, 5’2” almost-13 year old, it didn’t come in my size. I remember my mother reassuring me that it was okay, and the tailor being exceedingly kind. And as far as I can recall, I didn’t feel bad about myself. In fact, I felt sure, when I stood up before the congregation as an adult for the first time, that I looked beautiful. Even if I was self-conscious about the number on the scale, I was able to feel good about the person I saw in the mirror.

Throughout many years at my progressive, dress code-less school, and my Jewish summer camp, I wore shorts and tank tops without a second thought, just like everyone around me, no matter their size, did. It wasn’t until later that I learned to feel self-conscious about my body in a way that made me want to hide it.

When I reflect back on my religious evolution, I am forced to acknowledge that my commitment to modest dress was directly correlated to my increasing discomfort with my body. Although I got both taller and (eventually) lighter after my Bat Mitzvah, as I became increasingly aware of the world’s obsession with thinness, and the ways I did not fit that paradigm, I started to want to hide my body. Some days, it was impossible for me to believe that anyone could ever consider me beautiful. So I used my increasing commitment to halakha as a shield. I stopped wearing the shorts I had always worn, really because they showed the flab on my legs, but supposedly because I believed that shorts were not allowed. The sleeveless shirts went next, with claims of modesty creating a convenient excuse for covering up the stretch marks on my upper arms. I started buying skirts and dresses in a size too big, claiming that otherwise they would not be long enough, but really, because I didn’t anyone to see the real shape of my body. I believe that my commitment to modesty was real; when I contextualized my decisions in the context of halakha, it did not feel disingenuous. However, that commitment also imposed a blockade on real conversations about my body image. While someone could try to teach me to love myself if I admitted that I did not feel that love, it was difficult to tell me to embrace my body when I claimed that doing so would violate my religious beliefs. The decrees around modesty blockaded the important conversations about self-image.

The Jewish community in general, and especially the observant Jewish community, often fails at creating a body-positive narrative, especially for women. Women are supposed to cook kugel and cholent, but they are not supposed to gain weight. They are supposed to be modest, but still look appealing to the men who might become their husbands one day. They are supposed to overachieve at home and in the workplace, without ever admitting to feeling stress or not having time for self-care. They go to schools where there is an endless focus on their hemlines and necklines, while little attention is paid to the dress of the boys in class next to them. What they look like is of paramount importance, and so is it any wonder that sometimes the reaction is to hide? Is it any wonder that the Orthodox community has a higher rate of eating disorders than the general population, if this is the culture we are perpetuating?

Today, I have mostly learned to love my body, and, just as importantly, to take care of it (at least most days). I stopped reading fashion magazines, committed myself to regular exercise, and discovered that some vegetables are actually delicious. I did not get a scale when I moved into my own apartment, instead focusing on the amazing things that my body can accomplish every day. While I still maintain my standards of modesty — no shorts, no short sleeves, no miniskirts — I have stopped using halakha as a shield to hide myself. (In fact, I recently even began writing a , partly in an effort to remind myself that living a modest life doesn’t mean being forced to hide in the shadows.) If we are created in the image of God, then we have to learn to love all of those different imprints of the divine in the world, and to teach our children to do the same. We have to show that modesty is about pride in our bodies, not about hiding them.