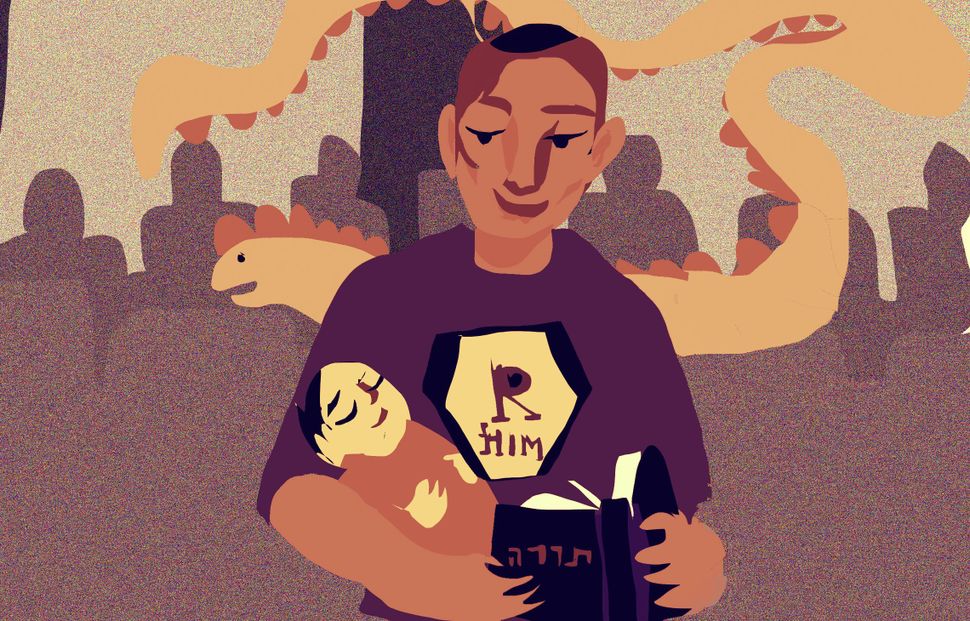 “Pulpit Plus One: The Secret Lives of Rabbis’ Husbands, Partners, and Wives” features the voices and experiences of the partners of pulpit rabbis. In this interview series, takes an honest and lively look into the nuances of a complex role.

Matt is a 34-year old software engineer married to Samantha, a Conservative rabbi. They live in the Midwest and have a three-month-old son. Prior to her current position, Samantha was a rabbi-in-residence at a Jewish day school.

When you and Samantha started dating, how did you feel about her being a rabbi?

I thought it was cool! I had grown up in a Reform synagogue with a rabbi who was a woman, and a good friend of mine is a rabbi and also a woman, so I had been exposed to it.

You didn’t feel intimidated or nervous, it sounds like.

No, [although]I almost started crying on one of our dates when I found out that eel wasn’t kosher. I actually don’t keep keep kosher outside of the home — we had talked about, early on, if the relationship were to go anywhere, we’d have a kosher home.

And — this wasn’t here, this was at the synagogue where we would go when she was at the day school — [a friend] said to me, “Oh I’m a bad Jew, I don’t keep kosher”, and he was sort of beating his chest, right?

I said to him, “Don’t you ever say that you’re a bad Jew.” That’s actually one of the important things about my wife’s rabbinate. She often says, “If I could stop people from saying that they’re a bad Jew, and let them just be themselves and be Jewish, then my rabbinate was worth something.”

What were some of your thoughts about Samantha’s move from being a rabbi at a day school to being a congregational rabbi?

When you arrived at your current community, were there any stated expectations of you or your responsibilities?

This was the precedent from before, that the partner of the rabbi sits up in the front row. It was really weird at first, [because] I felt like everyone was watching me, but I feel I’ve settled into that, and I’m comfortable in the space.

One of the things that I did not look forward to with my partner becoming a congregational rabbi was not being able to sit next to them in synagogue. So that was actually really nice, because one of my favorite things is sitting next to and kibbitzing [chatting] with my wife during services. Granted, we don’t get to kibbitz as much now that I’m watching our son. 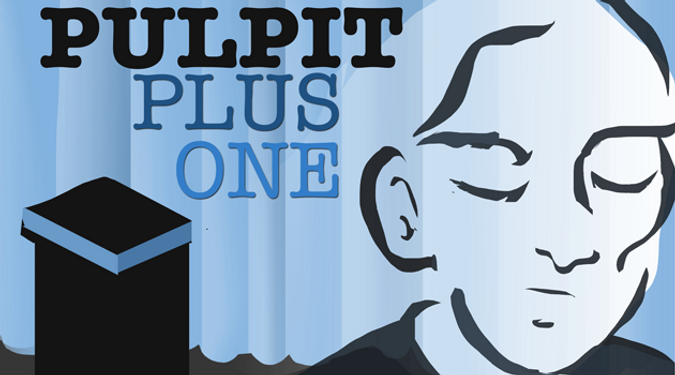 Was there anything else that came as a surprise?

I was pleasantly surprised by how I can feel comfortable with these people and be myself. Now, I filter myself and there’s a lot of things I don’t talk about. I’ve seen plenty of rabbinic couples get burned by thinking that people are your friends, and at the end of the day, [the congregants’] primary concern is the organization or the community at large. So you have to be very careful, and very filtered and diplomatic.

What had the interview process been like for you?

During that process, I was very measured. Synagogue politics are very, very complex because there are so many stakeholders; over a weekend period, you can’t possibly understand who the key influencers are. It’s just impossible. Some of the people might not even be there that weekend — they may be out of town.

A hundred percent. Do you have a favorite story from the interview weekends?

You know, some people are just strange. We were interviewing at a synagogue and we go up to do a joint aliyah [being called up to the Torah]. As my wife is dealing with names, the woman who did the aliyah before says [to me] “Are you a rabbi?” and I say no, and she says “Oh, a doctor?” Like… no. She’s like, “A lawyer?” I said no, and I just look at her and say: “And I’m not even a dentist!”

This was the conversation as they were announcing our names and Samantha’s giving them her Hebrew name and my Hebrew name.

I think it’s really interesting that a lot of people ask me if I’m a rabbi… [they think] that being a male married to a rabbi, I’m a rabbi as well. It was definitely something that was a topic of conversation with my “rebbetz-him” colleagues.

Not here, but in a lot of places people are always asking, “What do you call the husband of a rabbi?” And so everybody has their sort of jokes, and one of Samantha’s students came up with what I think is the best response. I’m really trying to start a thing: I like to be referred to as the “rebbetz-him”.

Oh, there was something that I wanted to bring up. And this has happened multiple times – I’ve been introduced as “the rabbi’s wife”.

I was introduced by someone… and I have nothing but kavod [honor] and love and admiration towards this individual. Literally he introduced me to somebody, like: “This is Rabbi Lieberman’s wife.” And it was like slow-motion: as the words were leaving his mouth, he was trying to catch them. He felt so bad – so bad.

And it has happened here – there’s been somebody that did that. And they feel so, so bad. You know, these [are] people who consider themselves to be not defined by gender roles in their relationships. Maybe “modern men” is a good term for them. So it just slipped, right?

There was a time I was on a call with a client, and they were asking how I ended up where I’m living. And I said, “My wife went to graduate school for five years, and you don’t go to grad school for five years not to pursue your career. So we decided to open up to a national search.”

And the person on the other end sits on a board of directors for a women’s advancement group in a particular industry. She’s been really trained in this. And she said, “That’s so great that you let your….”

Pause, as she’s now trying to backtrack, and I said, “You mean that my wife and I made this decision together?” She’s like, “Yes.” I think it’s, you know, we’re socialized.

What do you think was the rest of her sentence?

I think the rest of her sentence was: “that you let your wife pursue her career.”