What ‘Mean Girls’ Can Teach Us About Shavuot 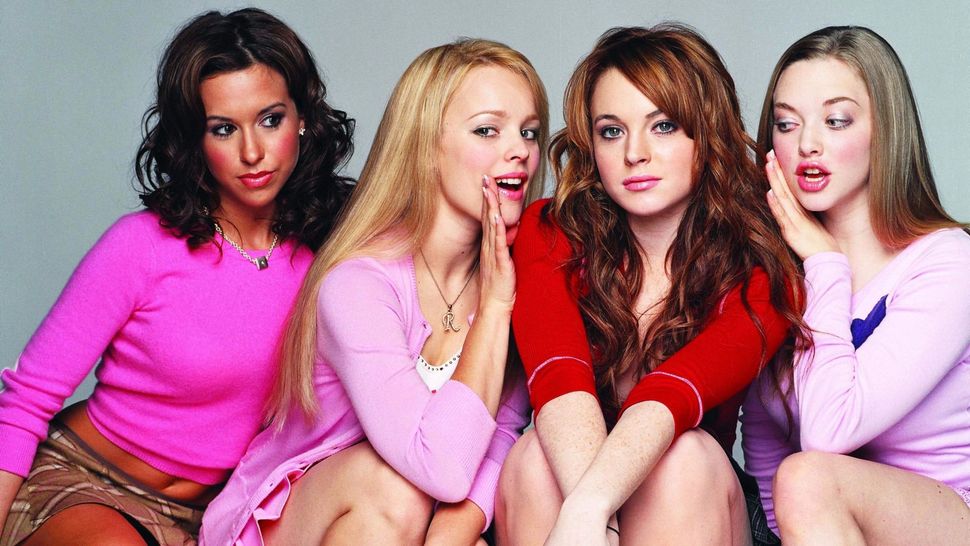 To the young women of my generation, the movie “Mean Girls” is a modern day classic. The premise is simple: 16-year-old Cady (played by Lindsay Lohan) is dropped into a public school for her junior year after having been homeschooled in Africa. There, she falls in with the popular crowd, first as an anthropological study, and then because she becomes one of them. However, over time, the not-so-secret secret of the popular girls becomes clear. They are not popular because everyone likes them; in fact, they do not even much like each other. Instead, they are popular because they are feared. In fact, the girls who are nice are an endlessly mocked throughout the film. The message is clear. In high school, if you are a nice girl, you will finish last.

By the end of the film, a sort of clique-less utopia has formed, if only because everyone learns their lesson after (SPOILER) the queen bee, Regina George, is hit by a bus. The viewer knows, however, how unrealistic that vision is. In a world that pretends to be past gender divisions while continuing to perpetuate sexism, women who are nice are seen as too meek, while women who are strong are bossy and rude. Perhaps “Mean Girls” was right all along. Maybe the only way to get ahead as a woman is by being cruel and demeaning to other women.

In light of this harsh message, the Book of Ruth, read on Shavuot, is a gorgeous salve. A brief summary: Naomi, her husband, and her two sons go to Moav to flee a famine. There, her two sons marry, and then die along with her husband. Suddenly a woman without children, Naomi sets out to return to Bethlehem, but her daughters-in-law insist on accompanying her. Eventually Naomi convinces one of them to turn back, but Ruth clings to her mother-in-law, famously stating, “Your people will be my people, and your God will be my God.” Naomi returns to Bethlehem humbled, broken and old, with nobody but a foreigner at her side. However, as Ruth sets out to support Naomi by gleaning in other’s fields, she meets Naomi’s kinsman, Boaz, who has the power to redeem both Ruth and Naomi, financially, but also spiritually. As Ruth and Boaz marry and bear a son, Oved, Naomi is rejuvenated as a mother, and Oved becomes the next step in the Davidic line that will ultimately lead to the Messiah.

The underlying theme of Ruth is kindness. It is not a token kindness, born of the hope of reciprocity. It is not an ordinary kindness, based on the general principal of doing unto others. Instead, it is an extraordinary kindness, deep and real, done without any assumption of receiving something in return. It is a kindness that has the power to redeem those who are the most broken, and one day, even the world.

And Ruth — Ruth who is a foreigner, Ruth who is an outsider, Ruth who chooses to leave everything behind to follow a woman who tries to send her back — is the kindest of all. When Naomi returns to Bethlehem, she loudly declares with great bitterness that she has returned totally empty, with nothing left. I always imagine this as breaking Ruth’s heart a little. Why is the woman to whom she has declared total loyalty pretending that she is not even there? However, Ruth sees beyond Naomi’s cruelness. She understands her mother-in-law’s deep pain and depression, and sees that she is in no condition to take care of herself. So Ruth sets out to support Naomi, both emotionally and financially, and thus slowly nurses Naomi back to life. In a place where Ruth could have responded to Naomi’s cruelty with her own — in a place where Ruth could have become a Mean Girl — she responds with love. And here, rather than being a source of mockery or weakness, that love saves Ruth, saves Naomi, and paves the way for the next generation. So yes, it is possible to argue that Ruth is a utopian fantasy, just like “Mean Girls.” After all, the story ends with the birth of King David, the first link in the chain that will one day lead to the Messiah. Within that utopia, though, is a grain of truth. When people are cruel, we have two choices. We can respond with cruelty, in an effort to sustain our veneer of toughness or our social status. Or we can think about what might be beneath that harshness and respond with compassion. It takes great strength to not be a Regina George, especially when we are scared or sad or insecure. However, the Book of Ruth reminds us that there is another choice, one that allows us to be kind even when that kindness doesn’t feel deserved. So if Ruth is utopian, maybe we all have the power to bring that utopia into being. Maybe if we can be like Ruth, we can create a world where nice girls finish first.

What ‘Mean Girls’ Can Teach Us About Shavuot