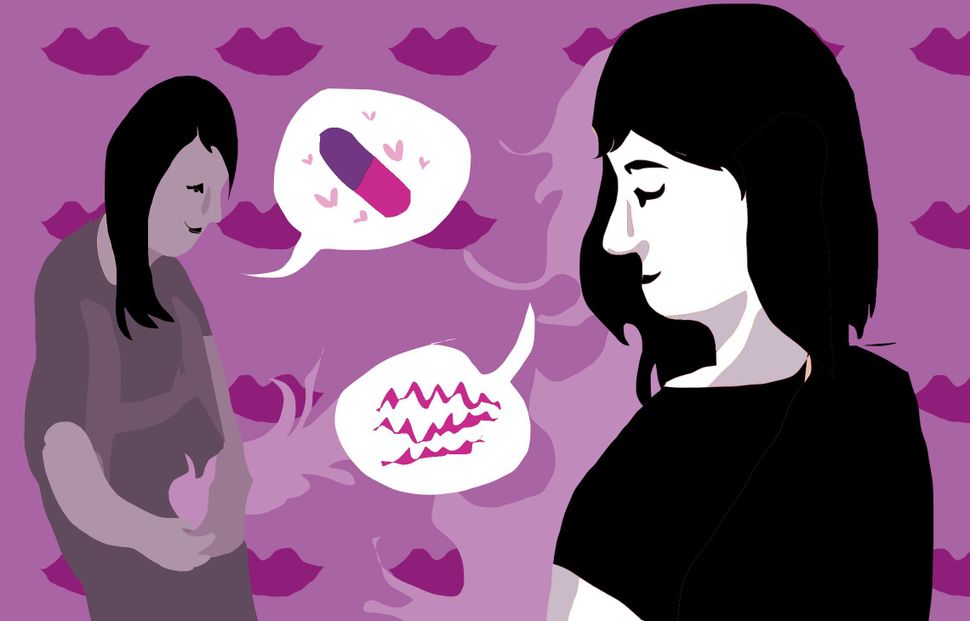 Yesterday, the New York Times an article about a pill that is being marketed as a “female viagra,” to increase female sexual desire for women who might not be feeling aroused as often as they would like, or as they feel they should. The drug is, understandably, controversial, partly because it has a high rate of side effects without much record of success, but also because it suggests that there is something pathological about a lack of female desire that needs to be medicated.

At its heart, the notion of female viagra highlights the problem with the way we think about female sexuality in this country. Women are supposed to want to have sex, or else they are prudes, but not all of the time or with just anyone, or else they are sluts. And Judaism only makes this more complicated.

Does Judaism believe that women have sexual desire? Yes. In fact, that notion can be found in the Torah, where a husband is obligated to provide sexual satisfaction for his wife. In Exodus 21, the Torah says, “If [a man] marries another, he must not withhold from this one her food, her clothing, or her conjugal rights.” Therefore, sex is defined as a core part of marriage, as fundamental as clothing or food. However, a more complicated question must be asked as well. Does Judaism believe that women should have sexual desire? Or, to put it another way, should women acknowledge their desires, or should they try to tamp them down in the name of fulfilling a chaste ideal?

Two stories in the Talmud come to mind. The first, which appears in Tractate Nedarim, has the rabbis asking Imma Shalom, R. Eliezer’s wife, why her children are so beautiful. Rather than highlighting her demureness or chastity, Imma Shalom tells the men in detail about her sex life with her husband, from the way he undresses her to the way they speak to each other in the bedroom. For her, sex is not something to be hidden. Instead, a healthy and active sexual life for both the husband and the wife leads — literally — to something beautiful.

The second, in Tractate Ketubot, presents a more complicated picture. Choma, Abaye’s widow, has appeared before the court to ask for support in her widowhood. Over the course the conversation, her arm is revealed, causing Rava to become aroused and rush home to have sex with his wife. His wife, surprised by this sudden initiation of sexual contact, chases Choma out of town while striking her with a luggage strap and accusing her of trying to kill her husband. In this story, excess sexuality is destructive and deviant, something that is not only shameful, but potentially deadly.

Although stories in the Talmud sometimes feel outdated or irrelevant, in this case, these narratives are instructive for the ambivalence that much of the observant Jewish community feels about female sexuality. Through one side of our mouths, we tell girls not to touch boys before they are married, or that any sort of physical contact is the same as having sex. Through the other side, we tell them that they must please their husbands sexually, wearing lingerie and remaining sexually appealing. Perhaps it is no wonder that many young brides get married knowing little or nothing about the mechanics of sex and reproduction, having gone from “everything is forbidden” to “everything is permitted, and you should want it” just over the course of the walk from the chuppah.

Not being a scientist, I will allow others to comment on the viability and necessity of female viagra. However, as a Jewish educator, I will note that the messages we send our children, and especially our daughters, seem to create a very high risk for the feelings of shame, confusion, and lack of desire that created the idea that such a product was needed in the first place. The Jewish tradition does not see sex or desire as shameful, as long as it is channeled in the proper ways. In fact, it is a core part of the human experience, as central as food and clothing. I doubt that most students who grow up in yeshivot, though, could express that reality. So perhaps the solution is not found in opening our mouths to swallow a pill. Perhaps it instead is found in opening our mouths to have a real conversation —about our questions, about our fantasies, and about our desires.