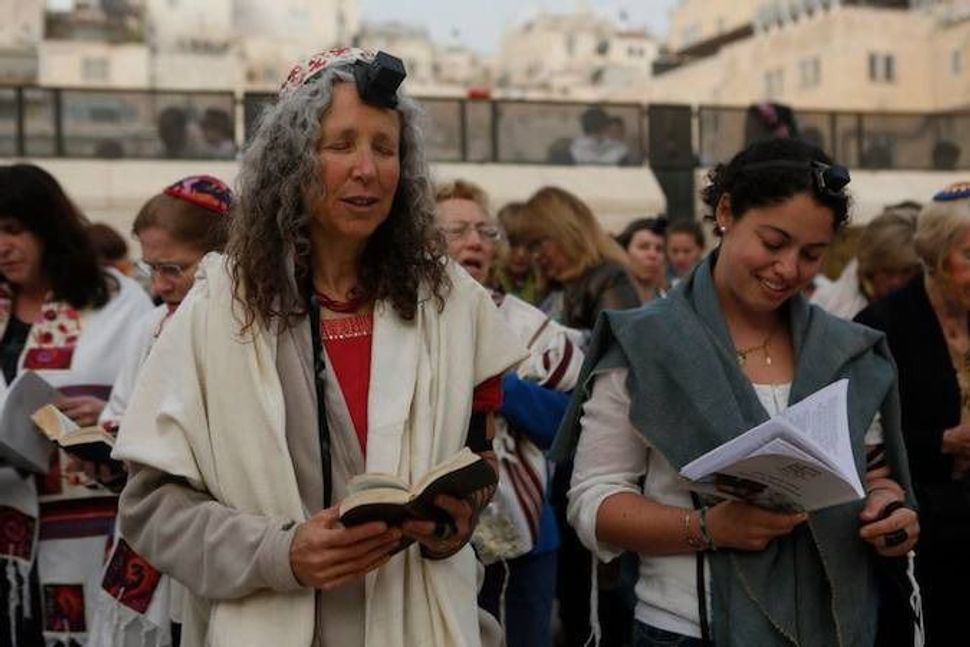 I first met Bonna in London in late 1985. She and Shmuel and Tiferet were living on the attic floor of an old house in Hampstead while she finished her Phd. I had never met a couple like Bonna and Shmuel before. They moved to their own beat. They were quirky, charming, funny, eclectic. I couldn’t locate them on any axis of people I had met before in my life.

In February, 1986, they invited me to a Tu B’shvat seder in their flat. Gilah and Mickey Rosen (z”l) were there with a bunch of their kids, and Sami Barth, and someone from the American Embassy.

There was a huge long haggadah that they had written, somehow printed in English and Hebrew and Rashi script from a computer (I had never seen that before, either). I didn’t understand half of it but it is a measure of Bonna and Shmuel’s impact on me that I have hosted or attended a Tu B’shvat seder in every year since. I told Bonna when I last saw her, just a few weeks ago, that this year was indeed my 30th consecutive seder since her first one.

A few years after the Tu B’shvat seder they had made aliyah and I was visiting them and they invited me on a hike. We went to Wadi Kelt; this was before the first intifada. As I remember it, there was a path that paralleled the top ridge of the wadi. We walked along this for a while – they and their then four kids, Tzali a toddler and Amitai a baby – and what was a challenging hike for me was a little dull for them. After a while Bonna said: let’s just go over the side. I was aghast, but it was too late – we were heading down a steep slope, no path, no track, a long way down. Bits of bushwhacking. A ten-foot rock over which the kids needed to be handed, adult to adult, one by one – very scary. At the bottom we forded the cold river and started hiking up the other side. The whole tiyul was, as I recall, five or six hours, the kids bounding along, me well out of my depth; by the end I was simply relieved that we were all in one piece, and that I hadn’t entirely disgraced myself. I was there nominally “to help look after the kids” – they of course had looked after me, start to finish. Bonna and Shmuel were in equal measures amused by my incompetence, and warm and charitable and supportive to me – as they have always been.

Then in the mid-90s they moved to Cambridge and I lived in their house at 24 Hatzfira. A whole generation of my friends know that house very very well. We have incredibly happy memories there. Wonderful Shabbat meals. The log fire in winter. The Shraga Weil print on the wall. The millennium

New Year’s Eve Friday night – davening at Yakar and then a black tie dinner. The thick walls, the ceramics, the 20-foot high ceilings. I slept on a tatami mat on the floor – their tatami mat. (We didn’t have tatami mats in Manchester, when I was a kid.)

Bonna was about music and ideas and feminism and Jewish tradition and vegetarianism, and she believed in living lightly before living lightly was a thing. Simply to see Bonna and Shmuel prepare food – chopping each vegetable, placing each item on the plate, eating slowly, laughing along the way – was its own glorious lesson in how to eat. So many of the wider communities and networks that I am now part of – and many of the people who have been involved in teaching or leading at

Hazon, at Elat Chayyim, and at Isabella Freedman – have been powerfully influenced by Bonna, directly or indirectly, over many many years. She spoke beautifully and captivatingly about shmita at our Food Conference, at Freedman, on New Year’s Eve in 2013. Just in the last year or two it has been a pleasure to see her build such a strong relationship with Zelig Golden, the co-founder of Wilderness Torah. Bonna always attracted people by the force of her vision and the gentleness of her way – a unique and attractive combination.

Bonna taught me not as a formal teacher but in everyday conversation – which was sometimes startling and memorable. I remember very clearly seeing her three days after she’d given birth to one of her children. This was the conversation:

Nigel: “have you and Shmuel decided on a name?”

I was managing investments in the stockmarket in London at the time; Bonna’s answer was more than a little outside my ken. But I was still in Israel for the brit, five days later, so I walked there that morning fascinated to learn what name this baby would bear. Bonna said, “his name is Bezalel – first, because his skin is peeling like a batzal (like an onion); and second, because he is a builder.”

Today, more than twenty years on, he’s… studying biomechanical engineering. It turns out that Bonna was indeed able to listen to her baby boy as he told her his name – as she listened, intently, to all her kids, and learned from them, even as she taught them and everyone she encountered simply by her presence.

Bonna’s loss is astonishing to those who know her. She was – is – was – the healthiest person any of us had known. She and the whole family are thoughtful in all that they do. She was close to Reb

Shlomo Carlebach, z”l, and she shared with Reb Shlomo a unique way of relating to Israel and the world. She was a strong Zionist, passionately committed to the state of Israel. She was not a pacifist, despite her gentle demeanor. Her kids served and serve in intense units in the army. And/but she founded a theater troupe with Kadar Herini, her Palestinian partner – a guy she didn’t agree with on much; indeed a guy who smoked cigarettes (for Bonna few things were worse); – and yet she of course believed in the power of discourse, in feminism, in the arts, in relationship, and in aggregate in the possibility of creating a better world.

There’s one last thing I’ve been remembering, and want to end with. The Talmud has a whole discussion about tochecha – rebuke. Its question is, who is able to hear rebuke? But the question is not just how one hears it, or whether one can hear it; the question is also how one gives some form of tochecha. Bonna never gave tochecha, per se; but what she did do, with this loving smile on her face, was to look at me and say, “oh Nigel…” Oh, Nigel. I hear this in her soft, lilting Canadian accent – and then she would laugh, and Shmuel would laugh as well. At some point when we were together this usually happened – there was something I would say, and she would say, oh, Nigel.  It was always charming, it always made me smile – and it always summoned me to be better, to try to be better, in some quite specific way. I shall miss her enormously.

As I write, Bonna is being eulogized at Kol Haneshama and then buried in Be’er Sheva. Those of you who knew her will find this impossibly sad, and I send condolences to the extended Bonna diaspora. (It is hard not to be in Israel, right now.) To those of you who didn’t know her, this text is to give you some sense of Bonna.

In the end: she loved Shmuel and her kids and her children-in-law and most recently her first grandchild with incredible passion. She was a beacon and a ground. I wish Shmuel, and all the family, and everyone who knew her, a long, healthy, happy and peaceful life.

Nigel Savage is the President of Hazon. @nigelssavage | [email protected]