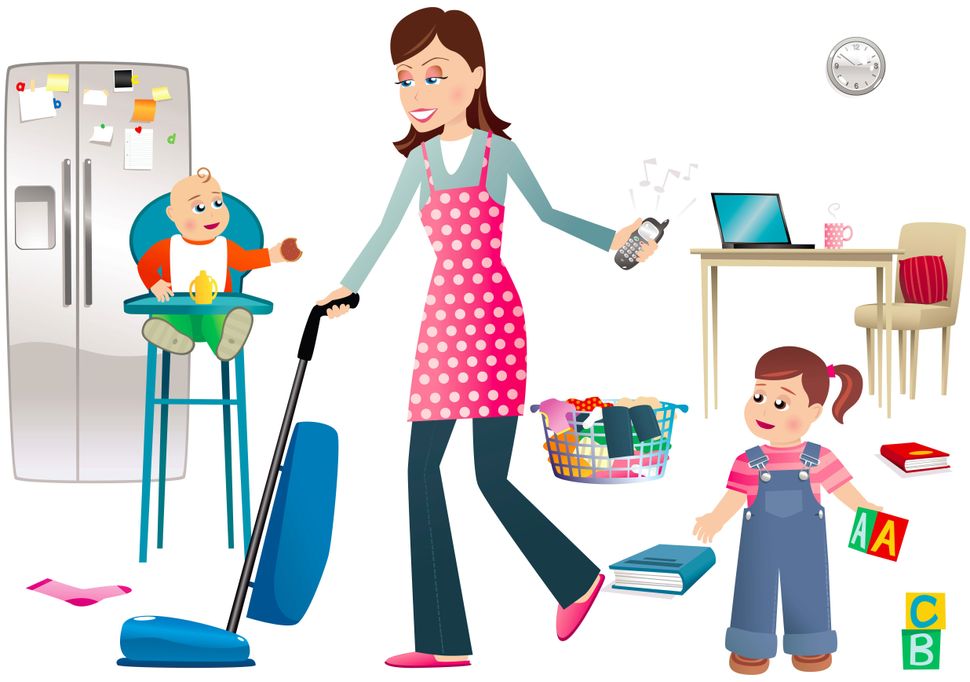 Working mothers have more successful daughters and more caring sons according to a conducted by Harvard Business School. The study suggested that the daughters of working mothers are more likely to work, to be in a supervisory position and to earn more money than daughters of women who don’t work outside the home.

“After reading the study, I feel even more useless than usual,” said stay-at-home-mom Melissa Gretz who came across the study in her Facebook feed while her two-year-old twins were napping in the next room. “Because it means that not only am I failing to have a meaningful career, but my daughters to whom I have dedicated so much time and attention are also doomed to be unproductive and unfulfilled.”

“That was particularly hurtful to read,” said SAHM Laura Shafer. “Because I did go back to work after taking unpaid maternity leave. But then I had a second baby and realized there was no way I could return to my 60-hour work week. And now as a result, my son will be a deadbeat twit.”

The Harvard study follows another recent survey which was widely reported and shared on social media which indicates that working mothers are also more likely to have satisfying romantic relationships with partners that respect them for contributing to society. Husbands of mothers who don’t work, in contrast, spend a significant portion of their day either resenting their unemployed wives or wondering what they do all day.

“It completely rings true for me,” said Mark Jarvis, whose wife Frieda decided to stay at home with their children because of the prohibitive cost of childcare. “I mean, every time Frieda tells me about what a rough day she’s had with the kids, it’s like a missile directed at my libido.”

“After I had our first baby, we added up the numbers and realized that my work as a palliative care nurse wouldn’t really be enough to justify sending our child to daycare,” Frieda added. “But when we made that decision, I never imagined it would lead to the end of my romantic connection to my husband. Isn’t life funny?”

Men who are married to women who stay at home with their children are twice as likely to have extramarital affairs, according to the survey.

Working mothers are also generally thinner than stay-at-home-mothers, have more lustrous hair and are usually better dressed than their full-time-mom counterparts.

“That doesn’t surprise me at all,” said Gretz, “Because sometimes I feel like yoga pants are my best friend.” Gretz says she was slightly taken aback, however, by yet another research paper which she read when a former colleague helpfully emailed her the link with the words STOP WHATEVER YOU’RE DOING AND READ THIS in the subject line. According to the findings, stay-at-home-mothers are more likely to abuse alcohol than working mothers, are more prone to becoming addicted to prescription drugs and are 99 times more likely to keep their destructive vices a secret so that they can feel even more isolated and guilt-ridden.

“The United States is the only developed country that does not guarantee paid maternity leave,” said a male politician. “So we shouldn’t be too alarmed by any of these studies, because Uncle Sam knows what he’s doing.”