Why ‘Clueless’ Heroine Is Still a Role Model 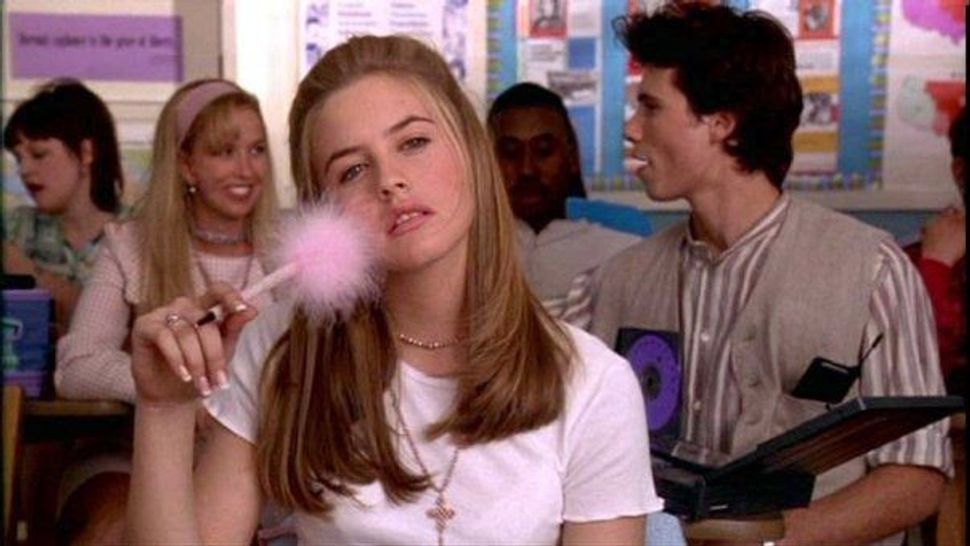 It’s been 20 years since Cher Horowitz, heroine of the 1995 teen classic “Clueless,” revolutionized what it means to be a Jewish American Princess. Today, Cher’s legacy is a cultural staple, evident in our speech, fashion, and even our values.

Innocent, sassy, and “totally clueless,” Cher Horowitz, played by Alicia Silverstone, was based loosely on Jane Austen’s Emma. “What I gravitated to was how positive [that character] could be,” said writer-director Amy Heckerling, who also directed “Fast Times at Ridgemont High.” “She just wanted to make everything nice for everybody,” Heckerling said of Emma’s character. When Cher finds herself unable to negotiate a bad grade, she decides to play matchmaker, hoping her teachers will fall in love and up her grades. When her plan works, the Beverly Hills-bred, daddy’s girl fashionista finds that she actually likes giving back. She decides to keep doing good: she gives a makeover to Brittany Murphy’s character, Tai, and spearheads the Pismo Beach relief effort. “Cher is probably the most clueless and the least clueless,” said Alicia Silverstone, who originally thought the character was materialistic. “She thinks fashion and looking good and being beautiful is what makes a person good, what makes a person liked, and soon she realizes that’s not it at all.”

“Clueless” debuted July 19, 1995, and that day, became the number one film in the country. With a production budget of less than $13 million, the instant hit brought in a box office total of $56.6 million – that’s equivalent to $105.7 million today. In the months that followed, girls hit the malls to buy plaid mini skirts and knee socks, but what stuck even decades later was the language Heckerling invented through writing the script. “It’s so strange that people still say ‘whatever,’” Brittany Murphy said in an interview years later. Now the language of “Clueless” is part of the American dialect, said Stacey Dash, who played Cher’s best friend Dionne.

While validating a vernacular filled with “like” and “whatever,” the high school world of “Clueless” captures the image of youth before adulthood, said film scholar Stuart Samuels. Each character, with their own style and speech, finds their place in a harmonious mosaic fantasy that contrasts to today’s reality filled with conflict and violence.

“The movie makes you feel good, everybody wins” said Samuels. “[Clueless] represents the triumph of that value system.” A value system that in a way is very Jewish, he adds. It’s about doing mitzvot, or good deeds. 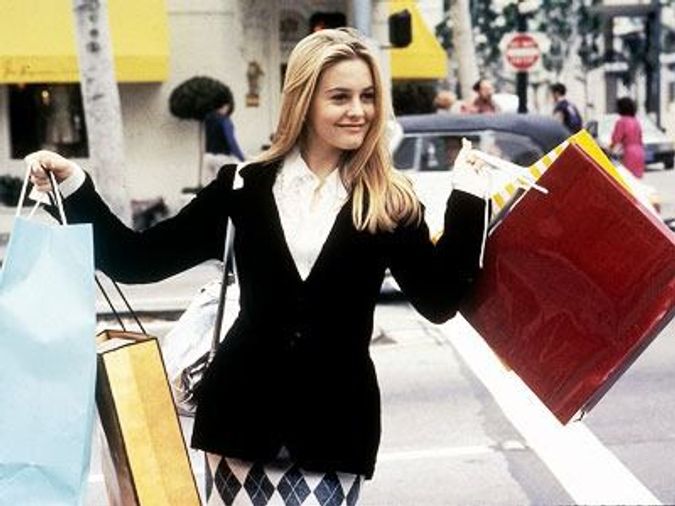 While Cher may be the ultimate J.A.P. (Jewish American Princess), the only hint we have that she’s Jewish is her last name: Horowitz. Blue-eyed, blonde, and the all-American Hollywood it girl, Cher is assimilated, said Samuels. However, though the 90210 princess swipes Daddy’s credit card and gets a car before she gets a license, “the values underneath it all are all good values…Jewish values presented in stereotypical Hollywood imagery” said Samuels, because “no matter what [Cher] does, she has good intentions.”

In the shtetl of Beverly Hills, Cher carries out miztvot and plays matchmaker, setting up her teachers and friends to make them happy. “I want to do something for humanity,” she beams. While dealing with common high school struggles, like being a “virgin who can’t drive,” and negotiating her identity somewhere between woman and girl, she sets an example through her sparkling positivity and “doing stuff for other people.”

“That takes care of our mind and bodies,” Cher once says after a workout with Tai, “but we should do something good for mankind or the planet for a couple of hours.” Aware of her privilege and style sense, she uses it for good. She rescues Tai “from teenage hell” by making “her well dressed and popular.” And while strutting through Beverly Hills High School, Cher and Dionne “kvell” over the positive responses to Tai’s makeover.

“Okay, so you’re probably going, ‘Is this like a Noxzema commercial or what?’ But seriously, I actually have a way normal life for a teenage girl.” As if, Cher, but no worries, you’re still like everyone’s favorite J.A.P. or whatever.

Why ‘Clueless’ Heroine Is Still a Role Model