Tackling the Gendered Language of Tisha B’Av Liturgy Through Textile 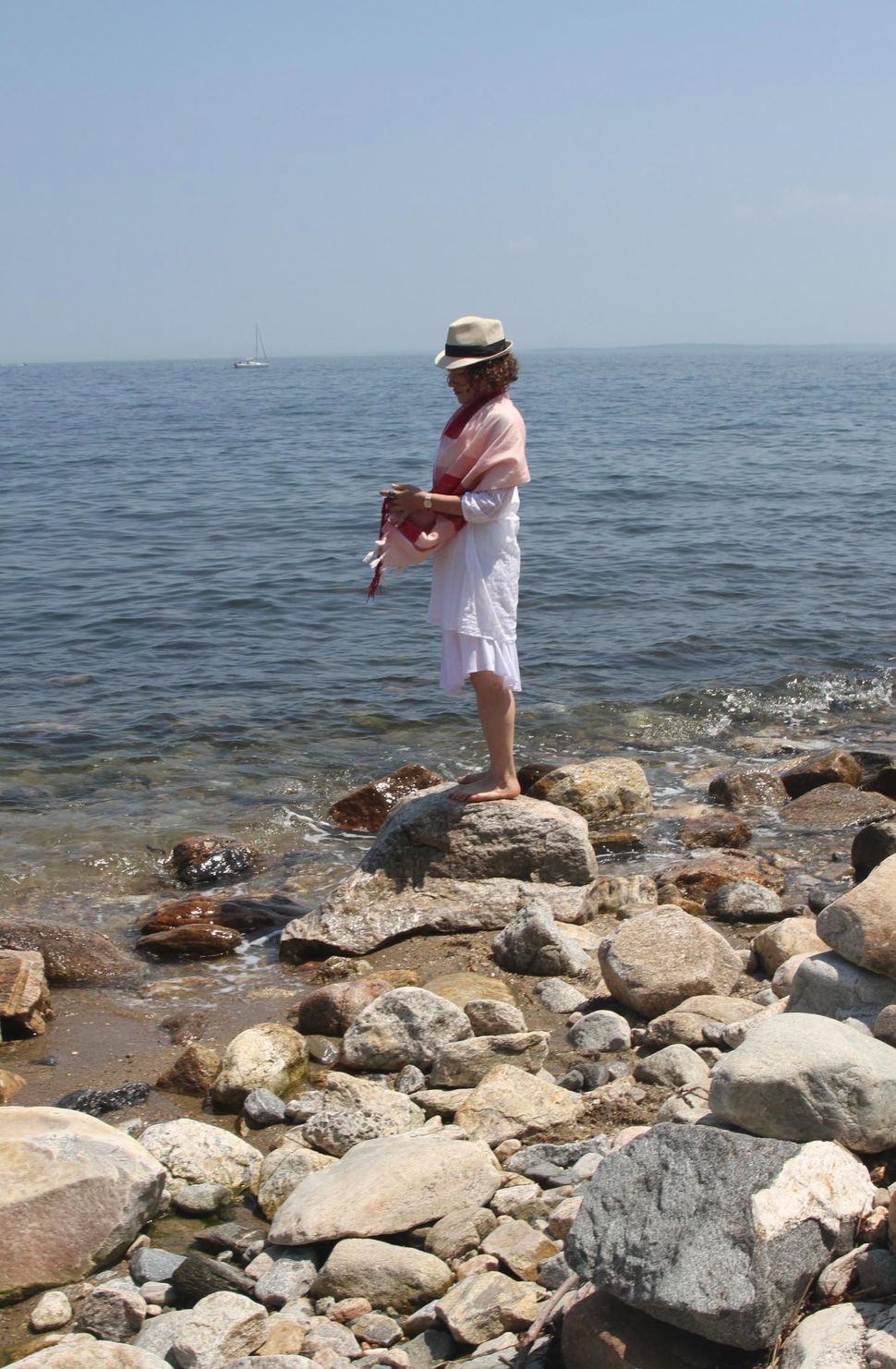 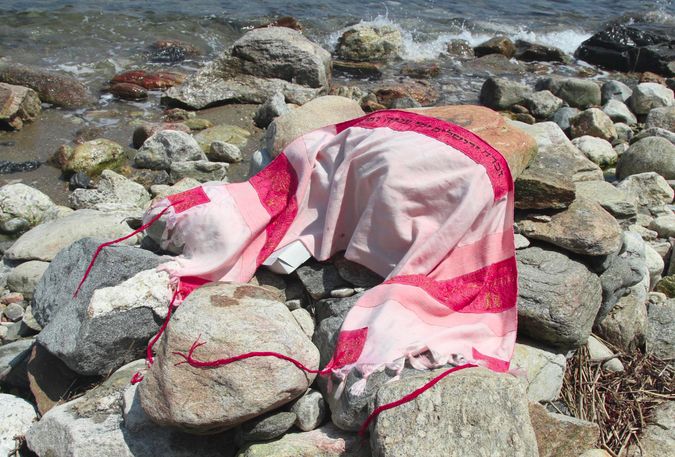 Tisha B’Av traditionally commemorates the destructions of the first (586 BCE) and second temples (69 CE) as well as a host of other tragic historical events. The first time I went to synagogue on Tisha B’Av at 20-years-old, I found the experience isolating: we are supposed to come together in community and sit silently, low to the floor and chant the evocative melody of Megillat Eicha [the Scroll of Lamentations], which gives an account of the destruction of the first temple. Despite the communal element, we are specifically instructed not to greet one another. Although this practice was part of my initial experience of separation, the even greater divide was the text itself.

Eicha assigns Jerusalem a female gender and uses characteristics of womanhood to describe its demise. Disturbing and often violent gendered metaphors against the female body are used to illustrate this destruction. Take, for example two verses in Chapter one: “Jerusalem hath grievously sinned, therefore she is become as one unclean; all that honored her despise her, because they have seen her nakedness; she herself also sigheth, and turned backward. Her filthiness was in her skirts.” All I could think was that the sins of a whole people were being placed on my gender’s body to carry.

Years passed, and every time I heard the haunting Eicha melody, rather than feeling like part of a community mourning together, as a women I felt pushed away by the gendered language of the text; leaving me demoralized and far away from God. I desperately wanted something to draw me closer in. 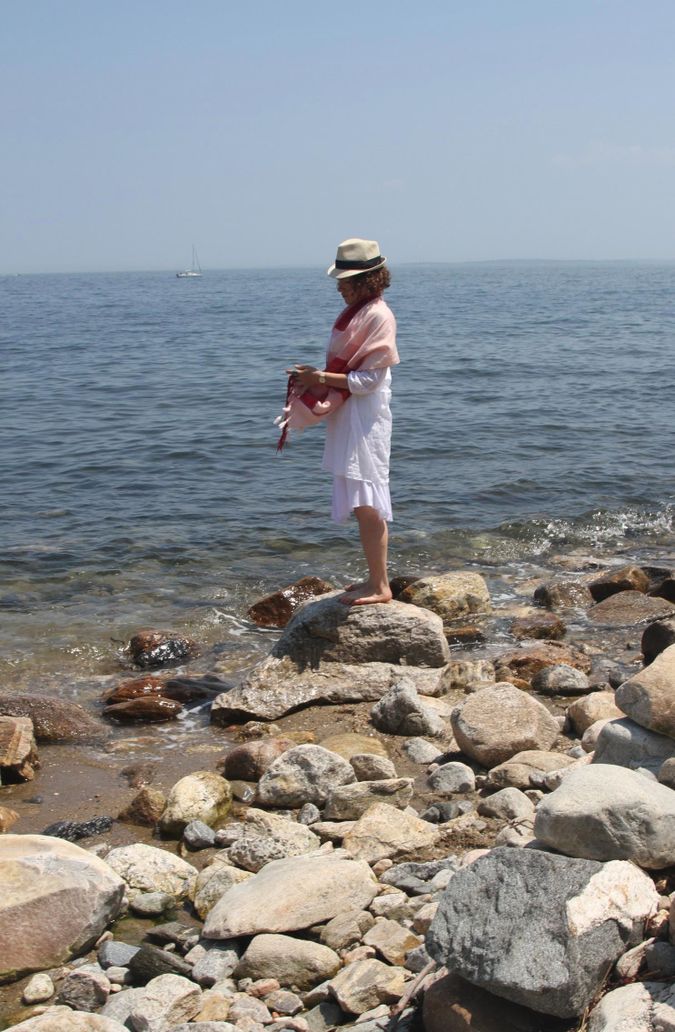 After one particularly hard Tisha B’Av I was brainstorming on how to achieve this feeling of familiarity with God. Separately, I had been grappling with other issues in my Jewish practice – one of which was whether or not I wanted to wear a tallit or prayer shawl. I had come across a Jewish legal responsum or teshuvah by the preeminent 20th century scholar, Rabbi Moshe Feinstein about whether a tallit could be worn by women as it is traditionally considered beged ish [garment of a male). His decision states that it is the intention of the wearer that makes the difference. Paraphrasing, if a woman dons this garment to bring her closer to God, then it is permitted, but if she wears it to make political point it’s prohibited.

Although at that time I had not come to my decision yet for all other days of the year I was willing to try it at least for this one day. I knew I would have to fashion this tallit myself if it was to facilitate the deep, personal connection I sought. I decided to make the tallit red including the tzitzit [ritual fringes], referencing the part of a women that is traditionally seen as unclean and laid that color over top the gold embroidery of Jerusalem. On it I embroidered a line from Eicha which translates to “Jerusalem remembereth the days of her affliction”, thereby granting me the opportunity to literally wrap my body with the text/imagery I struggle with. In this act I laid agency to the text and carved an active space for a consensual relationship with both God and my history to develop. In that space, I found the closeness I sought.

On the other 364 days of the year, I have decided that putting an external layer on top of me interferes with the nearness I seek and I do not wear a tallit; but On Tisha B’Av this year and in the years to come I will sit on the floor with my community and listen to Eicha and though not speaking to or acknowledging others, my tallit will speak for me. It carries the weight of the distance I feel from this text as I literally wrap my body in the words that have haunted me, and through this action I do feel closer to God (the permitted reason for wearing a tallit for a women according to Rabbi Moshe Feinstein). Simultaneously, this donning is also a political act (which is prohibited according to Feinstein), for it challenges the acceptance of a gender specific metaphor for the destruction of Jerusalem carte blanche. But even though I only choose to don this garment on one day I have wondered, why can’t the political also be holy? And so, even though on Tisha B’Av I cannot greet you or others, for the sake of Jerusalem, I will not be silent.

Tackling the Gendered Language of Tisha B’Av Liturgy Through Textile