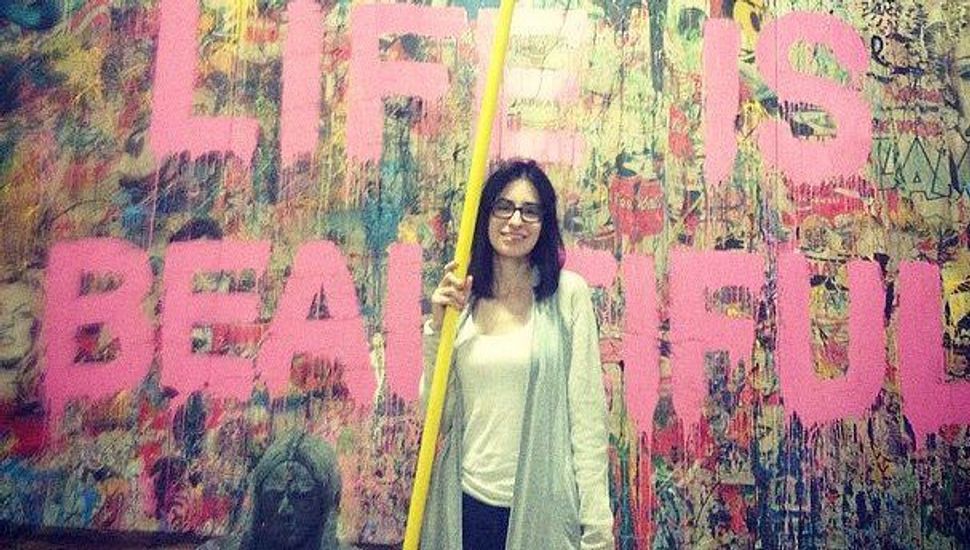 Faigy Mayer’s tragic death, along with the news coverage, conjecture about what happened and whose fault it was, has brought me right back to the grief and rejection I experienced during my divorce five years ago. I did not know Faigy and I definitely don’t know why she died. But as someone raised in the Williamsburg Satmar community, what I do know and have experienced in my own life is how painful it is to be rejected by my own family, friends and community.

When I got married over two decades and a lifetime ago, I was nineteen years old and full of hopes and dreams. The world rejoiced with me. Shortly thereafter, those same dreams were shattered. Already a mother of a few children and afraid of what people would say, I believed I had no choice and stayed in a bad marriage for way too long. Finally, after eighteen years of blaming and hating myself, I was done. I rented my own apartment, talked about it with my teenage children and decided it was time to notify my parents so they don’t hear about it through the local gossip grapevine. I can still hear their voices and remember where I stood as they independently validated the dysfunction of the marriage while encouraging me to stay for the children’s sake. “Why can’t you wait for your children to get married? Who will want to marry them?”

I wish I had the courage to say “What about me? I am your child and I am in pain?” Knowing it was going to be was one of the reasons I stayed for so long, but nothing prepared me for how high the price would be. My mother wanted nothing to do with the divorce and was afraid that if she helped or supported me in any way, people might think she agreed with it. My friends stopped calling me. No one even asked what happened but everyone, including my family, had an opinion about how wrong I was and how badly I was damaging my children. They were right. My children and I were alone and broken beyond words.

I might as well have walked down 13th Avenue in Boro Park wearing a tank top and jeans with my hair uncovered while holding hands with my nonexistent boyfriend. If I broke every rule, then my family’s rejection would have made sense and be somewhat justified in my mind. Instead, I continued following most of the rules, towing the line and raising my children in that fashion. I pleaded and negotiated with my mother. “If I had lung cancer and it was my fault, would you help me? Would you visit me? Do you understand that my children and I are hurting even while you believe that I’m wrong?” There was no one home and I was left to fend for myself and my four children in a new apartment which did not yet have a refrigerator or a stove. I hoped beyond hope that my belief that family shows up no matter what would come through but it didn’t. I waited in vain for a phone call, a meal or an invitation for Pesach but it did not happen. I kept wondering how my family was rationalizing punishing me in a way that was really breaking my children’s hearts.

We felt so isolated and rejected and were drowning in grief. It was almost like divorce was contagious and people did not want to associate with this shameful disease. My son refused to go to shul on Shabbos on his own and none of the neighbors or family members offered to take him. I walked him to shul and sang with him at the Shabbos table but it was really not enough. The despair and sadness was overwhelming at times and I’m not sure how we survived. When I look back, I recognize that it was only my desperation to get out of a bad situation along with the support of a network of friends outside the community. I like to call them my family by choice and know that I am lucky to have them in my life. We could not have done it without them.

Five years later, the pain of rejection still lingers. While we talk about how the community is responsible for Faigy’s death, I think about what would have eased my pain during those trying times. While an invitation from a neighbor or a warm meal from a friend might have alleviated some of the loneliness, it would be only a drop in the huge chasm created by the rejection from my family. That is a wound that runs very deep and is still slowly healing a day at a time even as my children and I have moved on and are happily married.

While I dream of a day when our families can accept and love us unconditionally, my hope is that every person who feels alone and is in pain can find or create a supportive and nurturing network that will show up in lieu of family.

Chayala Freed was born and bred in Hasidic Brooklyn where she still resides with her husband and children. She is an undergraduate at Touro College while figuring out what she wants to be when she grows up. Her pseudonym reminds her every day how blessed she is to enjoy a life of freedom.