The Fight for Planned Parenthood is Far From Over 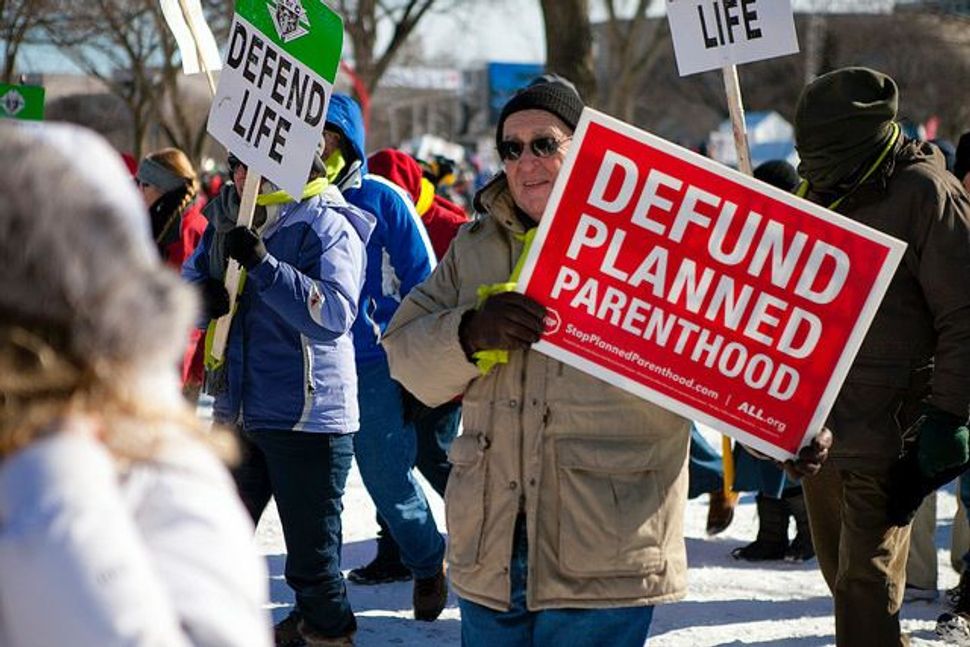 The vote on a measure to defund Planned Parenthood failed in the Senate Monday, falling short of the required 60 votes to move forward. The vote was 53-46.

While this is a victory for Planned Parenthood and women, the fight is not over. Women’s health continues to suffer due to anti-choice lawmakers’ need to score political points, and some Senate Republicans have hinted that they would go so far as to shut down the government to avoid supporting a bill that includes Planned Parenthood funding.

Yesterday’s Senate measure came about in response to a series of undercover videos released last month by an extreme anti-abortion group calling itself the Center for Medical Progress. The group claimed that the highly-edited videos showed Planned Parenthood doctors discussing the illegal sale of fetal tissues.

The purchase and sale of human tissues for profit is illegal. However, with patient consent, health centers can donate tissues for medical research. In its response to the release of the first video, Planned Parenthood emphasized that it does not benefit from the donation of fetal tissue and that all donations are done with full informed consent from patients. The organization further stated that its fetal tissue donation programs operate in fewer than five states, and that the clinics never profit from such donations.(Clinics can be paid for “reasonable costs” associated with the donation.) Donated fetal tissues are used by biomedical researchers to help find cures for devastating illnesses such as Alzheimer’s and Parkinson’s.

Despite the legality and medical benefits of tissue donation, lawmakers were quick to seize on the opportunity to tout their anti-choice bona fides to voters. Senator Rand Paul of Kentucky, a Republican contender for the 2016 presidential election, said, “This debate isn’t just about abortion. This debate is about little babies that haven’t given their consent.”

Senate Minority Leader Harry Reid of Nevada countered, saying Republicans had “lost their moral compass” in targeting Planned Parenthood. “Senate Democrats will fight vigorously this and any other attempt by Republicans to deprive American women of health care,” Reid promised.

Unfortunately, extreme and politically-motivated attempts to discredit Planned Parenthood are nothing new. This latest attack comes just as momentum gathered behind a bipartisan House bill that would have directed funding toward the Susan G. Komen Foundation for the Cure, a breast cancer organization that provides funding to Planned Parenthood. Before the first undercover video was released, almost half of the bill’s 300-plus sponsors were Republicans. Hours later, Republican leadership pulled the bill just before a scheduled vote. The Komen Foundation’s funding of Planned Parenthood is limited exclusively to breast cancer screenings, an integral part of women’s preventive care. The House passed the bill with the Komen funding excluded.

Once again, women’s health takes a hit due to anti-choice lawmakers’ need to score political points. Removing funds for breast cancer screening makes clear that this is not about medical ethics, but simply another attempt to restrict women’s access to abortion by attacking providers. Planned Parenthood is an essential health resource for millions of women and men across the country. Its low-cost, subsidized care is especially vital for low-income individuals, young people, and the uninsured.

Despite suggestions by Republican lawmakers that community health centers can absorb Planned Parenthood patients, the numbers clearly show that defunding clinics would worsen an existing shortage of Medicaid-participating healthcare providers and leave millions of people with nowhere to go for care. Yet anti-choice legislators are determined to ignore the facts in favor of a political agenda. Republican Whip John Cornyn of Texas said that his state’s community health centers could serve all of Planned Parenthood’s patients, but only for “the legitimate health care needs of women for purposes that we all agree on, the primary health care.”

Suggesting that some women’s health needs may not be “legitimate,” or that women should be limited to care “we all agree on” is plainly outrageous, and insulting, yet it’s nothing new in the GOP’s ongoing effort to roll back women’s rights and ensure that progress for women remains just out of reach. (And you would think they’d have learned from Todd Akin that “legitimate” is a buzzword to avoid!)

While the Republicans lost this battle, they have vowed to continue the war in September — even if it leads to a government shutdown. “We should use any and every procedural means we have available to end funding for Planned Parenthood,” said Republican senator and presidential candidate Ted Cruz of Texas and some think GOP 2016 presidential candidates will make it a center piece of their campaigns.

It’s clear we must all remain vigilant because in this war, women are the ones with the most to lose.

Ilana Flemming is the Manager of Advocacy Initiatives at JWI, the leading Jewish organization empowering women and girls.

The Fight for Planned Parenthood is Far From Over