Spreading Shabbat Joy from the Upper East Side Around the World 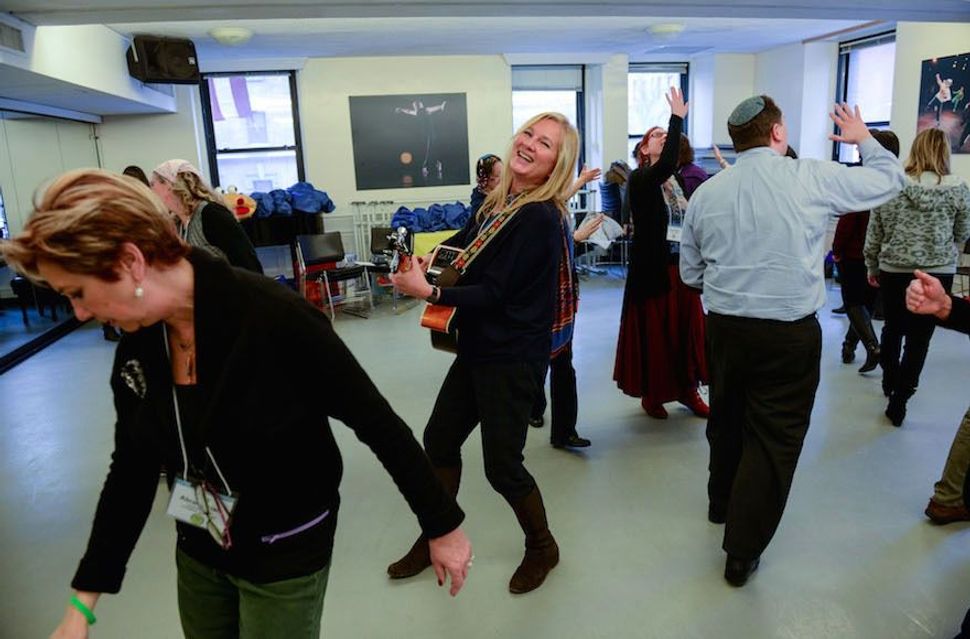 (JTA) — To Jewish parents of young children on Manhattan’s Upper East Side, Karina Zilberman is something of a celebrity. She is the tall, blonde, guitar-strumming founder of the 92nd Street Y’s Shababa, a multigenerational musical celebration of Shabbat whose name is a mash-up of the modern Hebrew word “sababa” (meaning “cool” or “chill”) and Shabbat.

While the program incorporates dancing with stuffed Torahs, doing conga lines, jumping and playing, Shababa is equally about slowing down and being mindful — two of the most important elements of Shabbat, according to Zilberman. During quiet songs and prayers like the Shema, when lights are turned down, kids and parents are encouraged to be as silent as possible, to close their eyes and take it all in.

On any given Friday morning over 100 participants pack the Y for Shababa; witness the row after row of Bugaboos and McLarens parked outside the door. It’s grown from about a dozen parents and kids to some 300 families, with offerings that now include occasional Saturday mornings in Central Park and a challah-making activity called Shababa Bakery. The Shababa umbrella has expanded to include non-kid-centric events like Shababa Mamas — a group of women who love to sing — as well as Shababa Nannies, Shababa Bubbies and Shababa Abbas.

Zilberman is generous with smiles and hugs, offering well wishes to both regulars and newbies, all delivered with a lilting Argentine accent. Now, however, Zilberman no longer regularly hosts the weekly Shababa experiences at the 92Y — she’s passed the torch to singer and actress Rebecca Schoffer — dedicating more of her time to spreading the Shababa mission to the rest of the world.

At the beginning of this year, Zilberman officially launched the Shababa Network, an effort to guide synagogues, Jewish centers and schools around the world in the ways of Shababa. The network currently includes 18 organizations, from Texas to Israel, as members.

While at first glance it may seem a difficult feat — how could a program that relies so heavily on Zilberman’s dynamic presence be replicated? — but part of Shababa’s appeal is just how adaptive and inclusive it is. Zilberman stresses the importance of each congregation, community center or school in the Shababa Network creating its own unique experience. 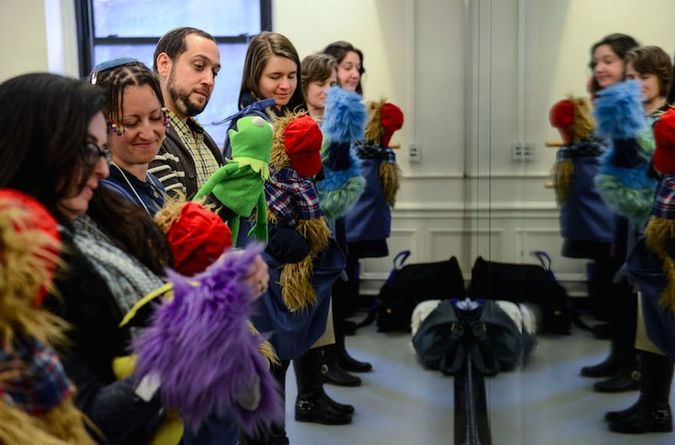 “It’s not a franchise, it’s an approach,” she says. An approach she hopes to become a movement.

Shababa has caught on with everyone from day school parents to unaffiliated Jewish families to non-Jewish caregivers, many of whom sing along to every word of the original Shababa songs.

The fact that all are invited — and encouraged — to become involved is at the heart of the experience.

“It’s beyond interdenominational; it’s interfaith,” explains Zilberman, who refers to caregivers of all faiths as “shlichot mishpacha,” representatives of the families. Many of these caregivers bring Shababa songs to their churches, she adds.

Shababa began in 2008 with a small group of parents and young children in the 92Y lobby.

“I worried that the security guards would get upset by it,” says Zilberman, a former cantorial soloist who is married to Marcelo Bronstein, a fellow Argentine and a rabbi at B’nai Jeshurun, a Manhattan congregation that fuses music and spirituality. “After two meetings the security guard was holding a tambourine and joining in.”

Dasee Berkowitz brings Shababa BeZion, a Hebrew version of Shababa, to Kehilat Zion, a Jerusalem congregation, with the tagline “Come as You Are.”

“One of the special things about Karina and the Shababa approach in general is that she honors every person’s gifts — from the children to the parents to the musicians she works with, and especially to those of us in the network,” Berkowitz says. “Through my training with her, I have never once felt like I needed to ‘be Karina,’ but rather I needed to be myself and bring my unique gifts and talents to inspire those around me.”

Congregations and leaders tailor their songs to their specific audiences. Most use guitars, but Congregation Agudas Achim in San Antonio, Texas, for one, has a piano accompaniment. Original songs like “Bye, Bye Yuckies,” about wishing away sickness, and “Hello Everybody,” which welcomes children and adults in multiple languages, are sung in Hebrew and Arabic at Shababa BeZion. In Texas, they include Spanish and English lyrics.

Network members get a puppet named Toda (Hebrew for thank you), a sloth who’s said to have been born in the “Chesed Jungle.” He’s a cousin of Coco, Zilberman’s puppet sidekick. As a sloth, Toda and Coco represent the beauty of taking life — and Shabbat — slowly.

Puppetry is an important part of Shababa.

“The puppet is a bridge between the leader and the audience,” Zilberman says, adding that puppets help engage parents and “empower the child within us.” It’s not about ventriloquism, though; Shababa puppets communicate by whispering into the ear of the leader.

“Our ultimate goal is to bring Shababa in all ways to our community — our shul, our preschool and even to older kids,” says Rabbi Jeffrey Abraham of Agudas Achim in San Antonio. He is also one of the mentors who will be teaching other community leaders in the Shababa ways this year. “It’s about creating an experience, not just a service.”

Abraham’s wife, Lauren, who runs Agudas Achim’s version of Shababa, says for her it’s about creating a series of interconnected moments, the way Zilberman does.

“She doesn’t just sing the Shema. She does it after there’s been a warmup, and the kids have sung and danced,” Lauren Abraham says. “At that point they’re ready to embark on this great Shema moment. That approach has really changed the way we do things. We try to bring prayer into their hearts through those moments.”

Play, wonder and awe become the center of the religious experience at Shababa, says Berkowitz.

“It enables us to enter into the world of children,” she says. “The adults get to honor what children bring to a spiritual life, and we get to see our own spiritual lives through them.”

Spreading Shabbat Joy from the Upper East Side Around the World