How We Lost Leah 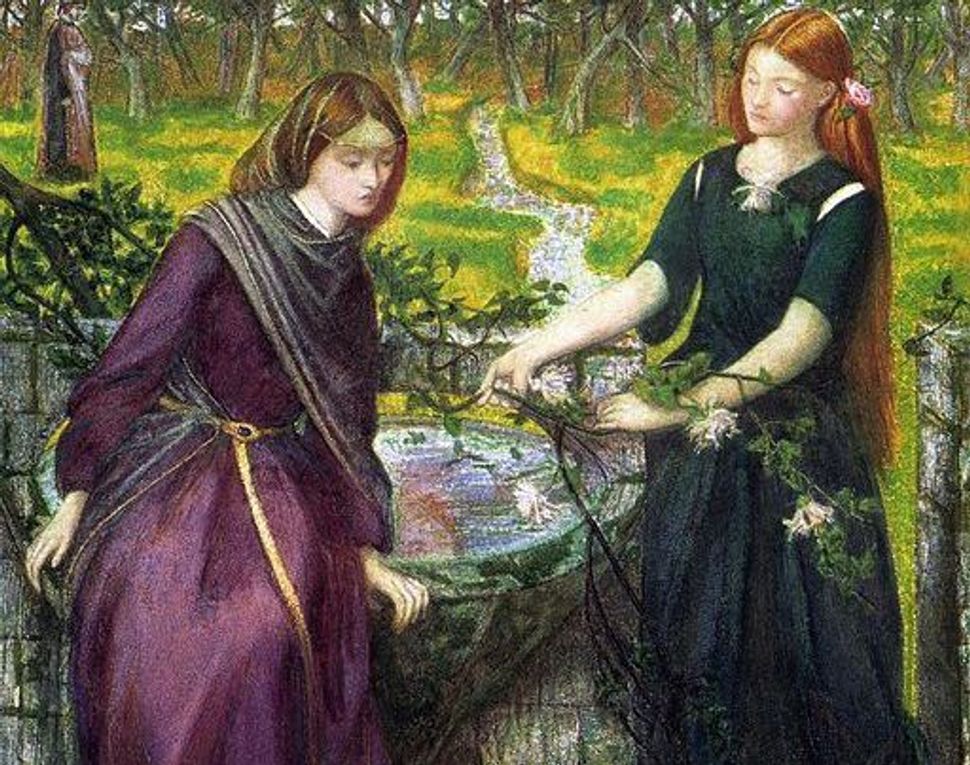 At first reading, the Torah appears essentially to ignore the Leah in telling the pivotal story of Jacob and his complicated family. The biblical text affords Leah only two lines of dialogue (Genesis. 30:15-16) and a single, ambiguous word of physical description — Leah had rachot [tender] eyes, Gen. 29:17 — scarcely the kind of attention that typically signals the appearance of a major literary character. But the meager quantity of biblical text devoted to Leah by itself fails to explain her position (or, rather, lack of position) in the hierarchy of Judaism’s popular heroes and heroines.

The Torah does show that Leah was buffeted throughout her life by implacable rivalry with her sister Rachel and cold indifference from their shared husband Jacob. How Leah responds to these challenges and frustrations will determine her moral character, but it turns out that we cannot readily find the full story of Leah’s life and lessons in the Torah by just reading Torah. That’s why in my recent book, “The Lost Matriarch: Finding Leah in the Bible and Midrash,” I present the Torah text within the expansive context of two thousand years of rabbinic commentary and interpretation or midrash. The book recounts and analyzes a broad range of creative talmudic and midrashic explanations of Leah’s stories. These commentaries enable each of us to excavate beneath the sparse biblical text and conclude for ourselves what Leah felt and why she acted in those dramatic episodes of her life when we know that her deepest feelings must have motivated her desperate actions.

But while I hope “The Lost Matriarch” demonstrates that the body of rabbinic commentary is the appropriate instrument to help us uncover the deeper story of Leah’s life, this doesn’t answer a more fundamental question: How did we lose Leah?

It’s true that many life stories of our more popular biblical heroes and heroines have merited extensive explication in midrashic tales. Indeed, some of those rabbinic fables have been so inextricably incorporated into our fundamental Jewish folklore that many of us no longer even differentiate them from Bible-sourced stories. But as “The Lost Matriarch” shows, Jews likewise possess a treasure of dramatic and fascinating rabbinic commentaries illuminating Leah’s life, including: why Leah had “weak” (rachot) eyes; what really happened on Leah’s wedding night (with a surprising level of X-rated detail); what Leah and Rachel were really arguing over when they bargained for the mandrakes; and how Leah eventually reciprocated, with a fantastic miracle, for her sister Rachel’s act of self-sacrifice on Leah’s wedding night. These midrashic tales of Leah’s life are among the most dramatic and arresting in rabbinic literature. So why aren’t we as familiar with these Leah stories as we are with the legends of other biblical heroes?

I think the answer is that we don’t view Leah’s life independently; instead, we persist in evaluating her only in comparison with her younger, prettier sister Rachel. These sisters are twinned in our eyes regardless of whether they were actual birth twins. Leah’s life may shine with ethical light, but that seems to dim in the physical radiance of her sister (even the Torah admiringly observes that Rachel had a shapely figure and a beautiful face, Gen. 29:17). In the popular admiration of the Jewish people, Rachel’s beauty and romantic appeal has trumped Leah’s moral character — a comparative judgment that seems to imitate Jacob’s own obsessive lifetime love preference for Rachel over Leah.

So Leah has become our “Lost Matriarch” not because of any moral shortcomings in her character. Quite to the contrary, I believe that Leah has the more developed ethical character of the two sisters. We have lost Leah because we don’t judge her as herself but only in contrast to Rachel, the popular favorite. We have relegated Leah to a supporting role as Rachel’s literary foil, like Sarah’s Hagar, Isaac’s Ishmael, or Jacob’s Esau.

But we still have the wonderful rabbinic commentaries pointing us to Leah’s feelings, motivations, and actions. And we still have curious and creative Jewish readers. We must bridge these two powerful forces to reestablish Leah as an important Matriarch and moral heroine of the Jewish people.

How We Lost Leah