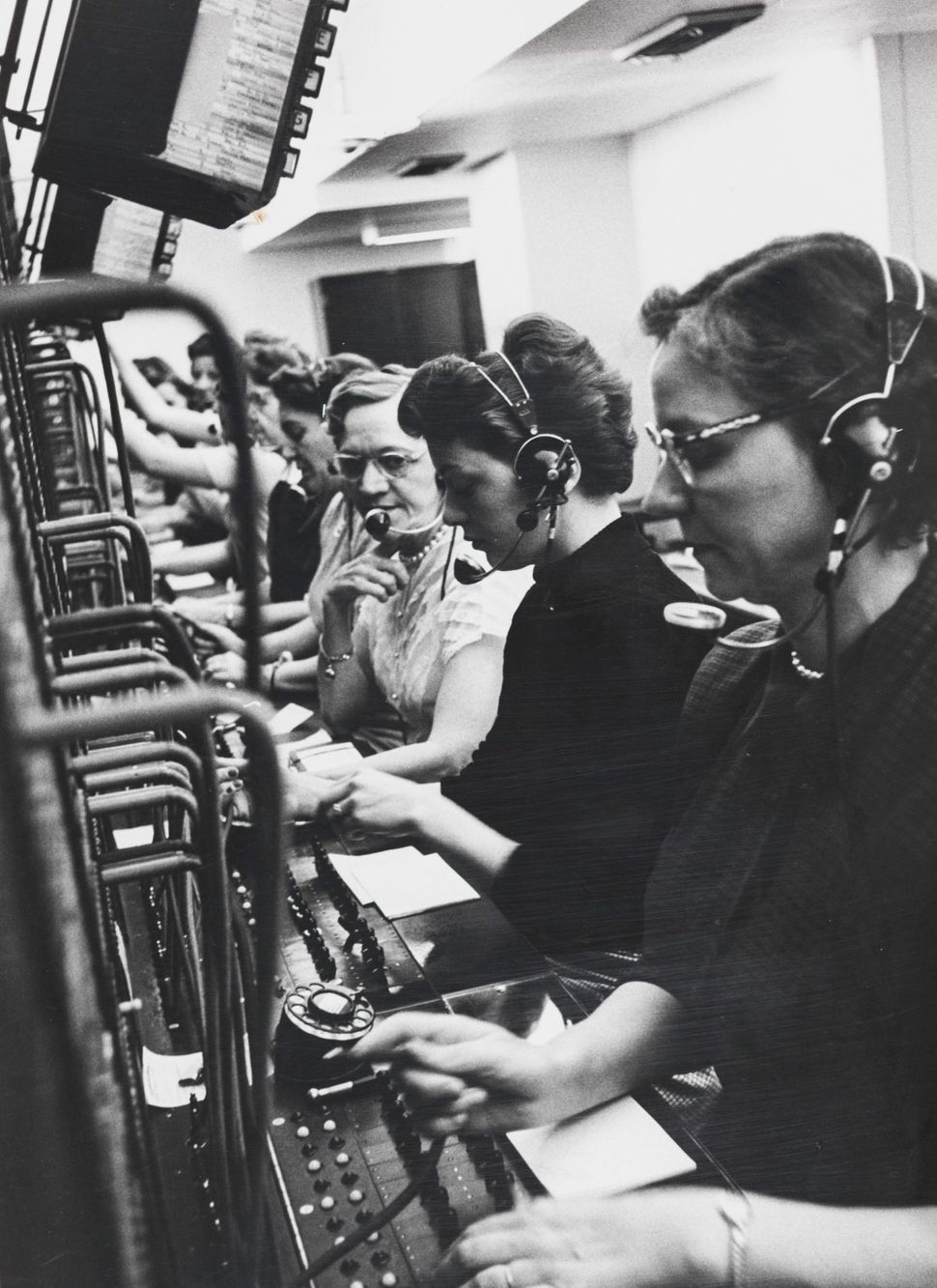 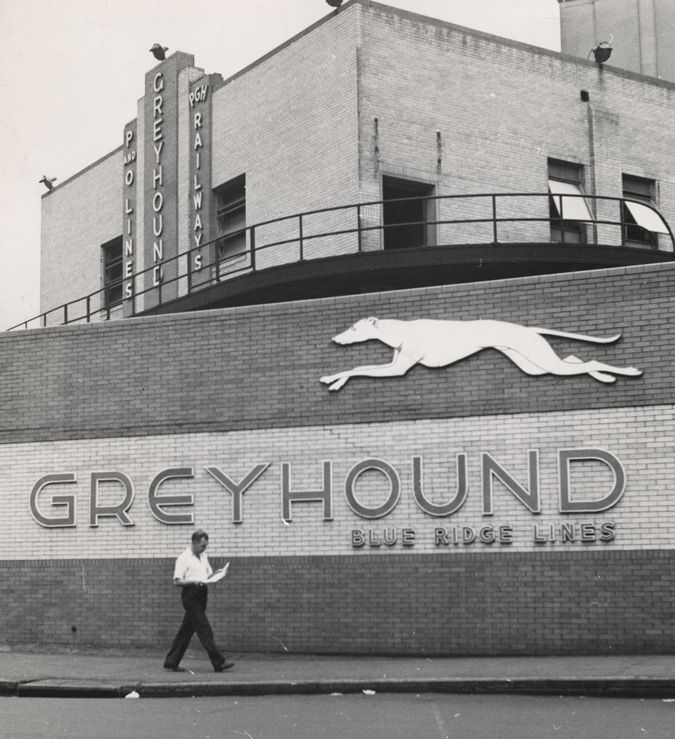 Walking through differently-themed rooms full of photos, viewers are confronted by scenes and spirits from the past. An Alfred Eisenstaedt portrait of a female National Skeet Shooting Champion adorns one wall, while another example of his work depicts a vocational classroom full of cheerful teenage girls, ready to learn the how to wrap packages. In another room, a woman with sad eyes holds a newborn in her lap as she stares up into photographer Bruce Davidson’s lens.

The Phillips Collection is best known for its paintings, but the D.C. museum is also home to a fast-growing photography collection. In just five years, an influx of gifts doubled the photography holdings. The museum is showing off, and celebrating, those recent acquisitions with an exhibit titled “American Moments.” 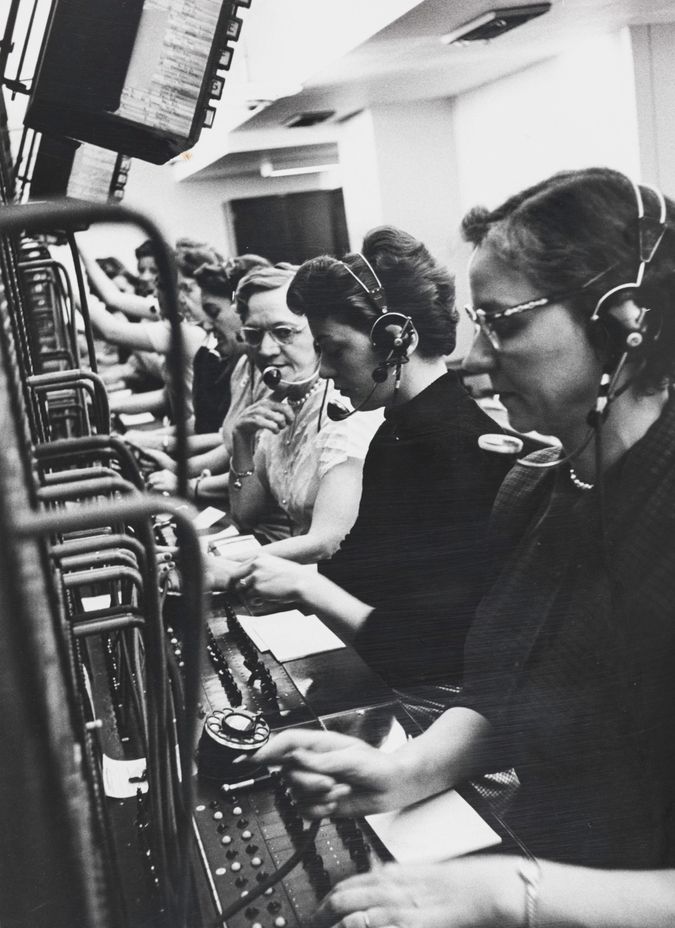 A few of those American photographers are women. “American Moments” includes 38 works by eight women photographers. In addition to the women behind the lens, numerous female subjects grace the framed prints that line the Phillips Collection’s walls.

Though the primary purpose of the exhibit is to display these gifts, the collection also tells a story. “It’s really about time, place and experience,” Maurer says.

The experiences of women are a strong component. Specifically, the exhibit showcases women’s professional and private lives, highlighting the evolution of social norms that took hold during the mid-20th century, when most of the photos were taken.

The work of American woman photographer Esther Bubley is featured prominently in the exhibit. Maurer says only the Library of Congress has more Bubley photographs than the Phillips Collection.

“It was really our moment to show Esther Bubley in breadth and depth because we could within the context of the show,” Maurer says.

Early in her career, Bubley worked for the Office of War Information and for Standard Oil New Jersey. Maurer says Bubley had a tendency to go off script. 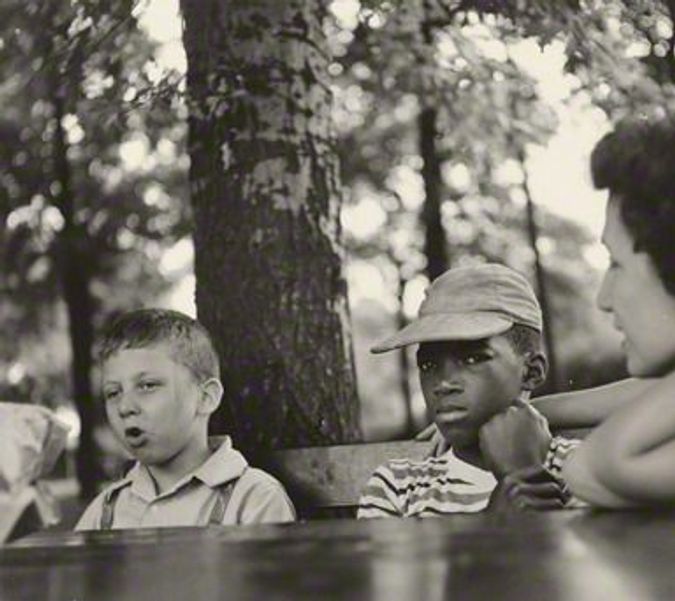 When assigned the task of providing visual narratives about the oil industry and its success and relevance in the United States, Bubley didn’t stick with straightforward depictions of men at work. She documents a moment of quiet in “Main Street Scene, Andrews, TX, 1945,” when she catches two exhausted oil field workers taking a much-needed break.

“They’re men at rest, and that’s sort of capturing the humanity of the moment,” Maurer says. Bubley had a knack for bringing personalities into her images.

“What Bubley was very successful in was kind of introducing herself to her subjects and then kind of fading in the background so that when the photograph was taken, she could capture the most honest portrayal of her sitter because they didn’t feel self conscious, they were just doing their thing,” Maurer says.

Some of the best examples of that skill can be seen in Bubley’s images of a D.C. boarding house that catered to Jewish workers, one of whom was Bubley’s sister. In this space, there were no parents to enforce strict moral codes, though certain expectations did exist for the young women who had left home.

Black and white images show young people socializing in mixed gender settings, sometimes in bedrooms, playing cards, eating meals, and enjoying cocktails. In one photograph, women wait for their turn to shower in the boarding house bathroom. In another, two couples embrace on couches, kissing.

In “Shifting Mores: Esther Bubley’s World War II Boarding House Photos,” Leslie T. Davol writes, “In an era when the ‘public’ sphere of work and the ‘private’ sphere of home contained strongly entrenched gender associations, the boarding house provided a unique site for the trying on and transformation of gender roles.”

Bubley captured that transformation, and was a part of it. “Although there were more opportunities for women photographers on the domestic front as men left to cover the war, it was still relatively rare for women to work outside of art, fashion, or society news photographs,” Davol says.

In a field where few peers were women, Bubley found herself snapping images of other professional women like herself. “Of course she was drawn to this particular subject matter because this is her subject matter,” Maurer says.

She captured women commuters chatting as they wait in a bus terminal and snapped a photo of ladies wearing headphones as they work in the General Service Department of Standard Oil.

In this exhibit, Bubley is in good professional company. One section, titled “Framing the City,” contains a single photo by photojournalist Margaret Bourke-White, “Steps, Washington, DC, 1934,” and several images by Berenice Abbott.

Like the Bourke-White image, Abbott shoots urban scenes, many of buildings. These cityscapes pair nicely with other industrial images, such as “Plunge” by American photographer Clarence John Laughlin.

Maurer says Laughlin’s photos were the first to enter the collection. “Then the next batch really come from Alfred Stieglitz, and they’re a gift to the institution from Stieglitz’ widow, Georgia O’Keefe.”

O’Keefe is not a name people typically associate with photography, but the same can be said of Phillips. Perhaps this exhibit, and future ones like it, will change that.

“American Moments” is on view through September 13.