Can 30 Women in Israel’s Parliament Make a Difference? 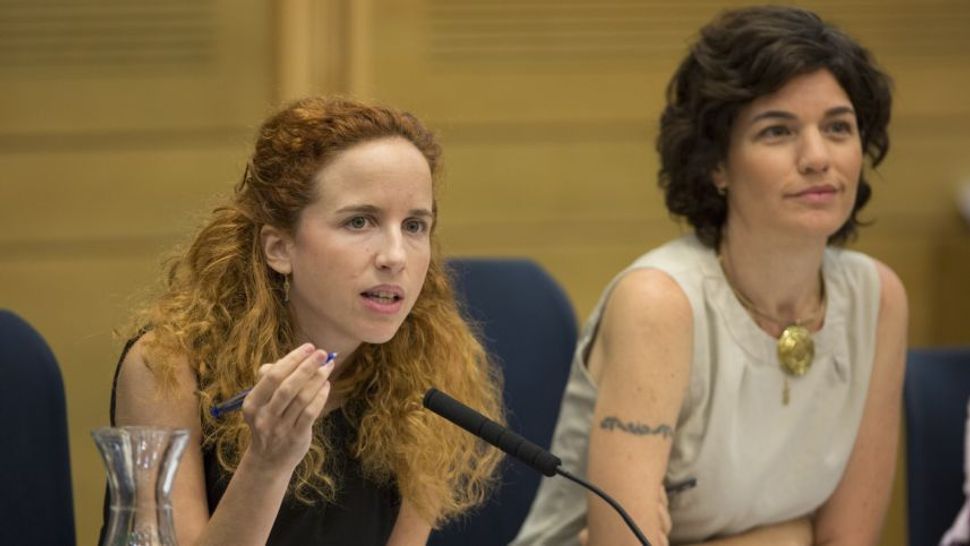 Miri Regev, Tamar Zandberg, Ayelet Shaked, Stav Shaffir. There are a number of women who serve in the Knesset today, and a few are even cabinet ministers. In addition to achieving political prominence, they have also had a taste of the pleasures of sexism: Regev is a “vulgar Mizrahi,” Zandberg is a “leftist in a tank top,” Shaked is a “icy beauty,” Shaffir is a “mischievous redheaded girl,” and there are many, many more examples of such comments.

There is also a record number of women in the present Knesset: 30, a quarter of all MKs. This is of course not a lot: There is no need to remind us that women make up slightly more than 50 percent of the population. Israel ranks only 66th in the world today in female representation in parliament. Nonetheless, this is still an increase over past Knessets.

But the question is what significance does this have? Does a relatively high number of women Knesset members guarantee legislation in favor of gender equality? How much, if at all, does female representation in parliament influence policy towards women?

Through the mid-1990s the percentage of women in the Knesset was in the 10 percent range, at best. But the turnaround came during that decade: Mostly it was not a steep rise in the number of women MKs – this came later – but broad legislation that a small but determined group of female MKs worked on diligently; especially Yael Dayan, Limor Livnat, Tamar Gozansky, Naomi Chazan and Anat Maor, a group of women who range from Likud to the Communist wing of the Hadash party.

The establishment of the Knesset Committee on the Status of Women in 1992, first headed by Labor’s Yael Dayan; the High Court of Justice petition on boards of directors, submitted by the Israel Women’s Network in 1994, which led to an increase in the number of women board members; the High Court of Justice ruling in favor of aspiring pilot Alice Miller in 1995, which led to a reduction in discrimination against women in the Israel Defense Forces; the passage of the law to prevent sexual harassment in 1998 and the law for the advancement of the status of women that same year. This was the decade of revolutionary legislation, says Dr. Sarai Aharoni, who studies international relations and public policy from a feminist perspective.

There is a view that maintains that a critical mass of women reps is required – 30 to 50 percent – in order to create a significant change and influence policy, notes Aharoni. “In the past 20 years there was an upsurge in the number of women in parliaments around the world, in old and new countries alike,” she says. “In some of the places where there is high representation, women politicians do succeed in creating coalitions and passing laws that advance the policy of gender equality. So it is in Scandinavia of course, but also in Liberia and other countries in Africa – and also in Iraq – where there are quotas that require female representation. At the same time there is the Israeli case of the 1990s, which shows that sometimes even a small group of women legislators – provided they are feminists, very committed and working in cooperation across party lines – can create such a change,” said Aharoni.

So does the number of women in the legislature influence policy? “Yes, but their ability to influence very much depends on the general agenda and their ability to create a coalition between them around issues they feel are part of the consensus, whether in the political system and from a public standpoint,” says Aharoni.

“That is how for example, in the 1990s with the waves of immigration form the former Soviet Union, the legislation concerning single parent mothers expanded. While in 2003, when Benjamin Netanyahu was Finance Minister and he presented his economic plan, single parent mothers were depicted as exploiting [the system] and [being] a burden, and that is how is was possible to cut their allowances, as Dr. Anat Herbst [of Bar-Ilan University] showed in her research on this issue,” says Aharoni.

The past decade was characterized by a flood of gender legislation, but Aharoni points out that for the most part these laws deal with three central issues: First, fertility, motherhood and related labor laws; Second, sexual violence; and third, representation, including gender mainstreaming, instilling gender thinking in policy in various areas.

“There are other gender matters, in which there is no real interest: Everything related to poor women, women on the margins – Palestinians, Ethiopians, Mizrahim, women in the periphery. Their needs and interests do not usually appear on the agenda. Even women lawmakers and the government in general find it hard to deal with them,” she says.

“Not interested too. This is the example of a neo-liberal country that wants to reduce government involvement in general and in social matters in particular,” says Aharoni.

This is connected to the revolution that happened a decade ago: If until then a majority of female Knesset members came from left-wing parties, now in recent years most of the women MKs come from right-wing and center parties. Legislative matters concerning gender and women reflect this, says Aharoni, citing the pro-nationalist legislation which encourages (Jewish) births.

Aharoni thinks that in the 1990s the wave of legislation concerning women was also related to the wider context, which at the time was the peace process. It was a period of relative demilitarization “which was seen as a transition period from a war situation to a different situation,” she says. “As part of this, there was more legitimacy to raise other matters, civil ones, or to discuss changes in the role of the military.”

Today, Aharoni thinks that public and media interest in Culture and Sports Minister Miri Regev of the Likud, Justice Minister Ayelet Shaked of Habayit Heyehudi or MK Tamar Zandberg of Meretz, is related to their being women… The stereotypic representations of them – the view of Regev as a certain type of Mizrahi woman, of the attribution of great coldness to Shaked or the attitude towards Zandberg as a political woman who is looking for provocations – expresses a form of suspicion that women in politics are ‘not real’ women. They challenge the way we think about women in Israel,” says Aharoni. The ultimate example of this is of course Haneen Zoabi of the Joint Arab List, who is presented as a “woman with a problem.”

Sometimes, other complex issues arise when women in power appear to act out of a desire to help women, but their motives are suspect. Take for example Shaked’s recent initiative “to eliminate polygamy,” a phenomenon which occurs in part of the Bedouin society in Israel.

Groups in the Arab community who strongly oppose polygamy and work actively against it think that the way Shaked has chosen to enforce the law – through criminal sanctions and taking away child allowances – casts doubts on her motives. Is the justice minister from the Habayit Hayehudi party really motivated by women’s welfare or are other considerations behind her proposals?

Aharoni is not especially optimistic about the future of legislation that takes women’s needs into account. “It may be that the 20 years of legislation on behalf of gender equality was a specific historic moment; we cannot assume it will continue.”

“The litmus paper test in Israel is legislation on matters of personal status [and marriage]. The day female MKs can create a coalition to change personal status, which are one of the biggest stumbling blocks facing women, we will know that quantity is quality. This is one of the big tests of female lawmakers in Israel,” she says.

Steps that could help increase the number of women in Knesset include a decision by parties to adopt representation quotas, so that their list of candidates for the Knesset will be egalitarian; or legislation to provide financial benefits to parties that present slates that reflect gender equality.

True, the number of women elected is not a be-all and end-all, and does not guarantee feminist legislation; but the greater the female representation the greater the chance of helping women advance and reducing gender discrimination.

In general, one of the feminist goals is not just for exceptional women to succeed, but for the average woman – in other words most of us – to receive the same opportunities as the average man. At least as far as this goal goes – the inclusion in the Knesset of not only mediocre men, but also mediocre women — we have already made progress.

Can 30 Women in Israel’s Parliament Make a Difference?