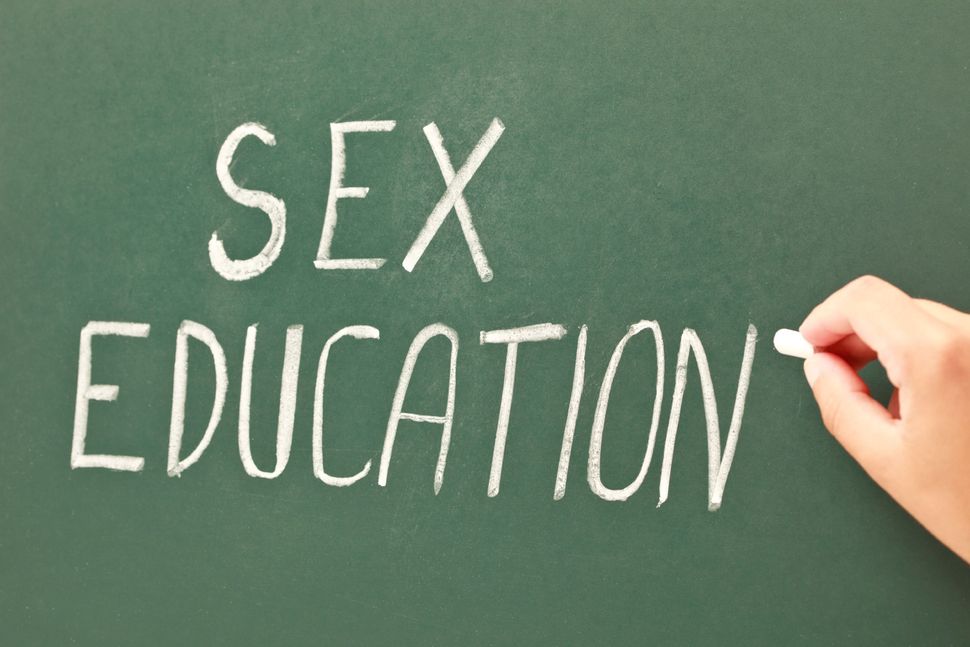 (Washington Jewish Week via JTA) — Just because Judaism permits sex only within the confines of marriage doesn’t mean Jewish day schools aren’t teaching how to put a condom on or what sexually transmitted diseases are.

While abstinence and Jewish law are taught in Jewish day school classes, so are the reproduction system, menstrual cycles and sexual relationships.

At some Jewish high schools, students learn about birth control, homosexuality and date rape. Students at Milken Community Schools in Los Angeles receive some of their sexual education from a representative of Planned Parenthood.

“Can you imagine sending kids off without this kind of information? It would not be good,” said Roslyn Landy, dean of students and interim principal at Charles E. Smith Jewish Day School in Rockville.

During their senior year, students take a human development course, which includes sex education. Date rape and how to put a condom on a banana are some of the topics of study.

The message from the school is “don’t try it,” Landy said of sexual intercourse. But, she said, “We also know the kids do it. We know our students are engaging in this act, and we have to keep them safe.”

The focus of the sex ed classes at Milken Community Schools in Los Angeles is “making smart choices for the individual,” said Whitney Fisch, director of counseling.

The ninth-grade health curriculum at the school, which is associated with the Stephen S. Wise Temple, a Reform synagogue, deals with sex ed and features a guest educator from Planned Parenthood, Fisch said. Students also learn how to put on a condom.

In 11th grade, students are placed in small groups that meet twice a week. There they learn about making healthy choices, setting boundaries and positive relationships, Fisch said, adding that abstinence is not stressed in the classes.

At the Orthodox Melvin J. Berman Academy in Rockville, “It’s a pretty open conversation. The students get to ask any questions,” said Joshua Levisohn, the headmaster, describing some of the queries as “pretty uninhibited.”

Sometimes the students’ concerns are based in fact, he said, and sometimes they are about what the student has heard. He believes it is important to let students know that even if they are doing something that the school and Jewish law frowns upon, “We are not going to shun you for it.”

The Rockville school begins its sex ed program in fifth grade with a basic health class taught by both a nurse and a teacher.

“It’s about their changing bodies,” Levisohn said. Starting in sixth grade, with classes every other year, students are separated by gender.

Berman Academy students take a healthy living class, which was developed by Yocheved Debow, author of “Talking about Intimacy and Sexuality: A Guide for Orthodox Jewish Parents.” Sexuality, how boys and girls relate to each other, students’ concerns about their bodies and Jewish law are discussed in the two-hour class that meets four times.

While Levisohn described the class as “nonjudgmental,” he said the students are definitely told that sex before marriage is unacceptable.

“The explicit message from us is abstinence,” but that is not the main thrust of the classes, he said, adding, “We try not to be preachy.”

At the Abraham Joshua Heschel Day School in Northridge, California, which was founded in 1972 with the support of Conservative and Reform rabbis, the goal is to teach students “understanding, tolerance, passion and compassion,” said Kathy Reynolds, a science teacher there.

Heschel Day School goes to the eighth grade. In fifth grade, the students learn about the male and female anatomy, hormones and menstruation in a coeducational setting.

Two years later, the subjects are discussed again, but more on an emotional level, said Reynolds, who teaches the fifth-grade program. Boys are told that their female classmates can be “on an emotional roller coaster” during menstruation, he said. “Bring them flowers, chocolate, a cup of tea. Don’t walk away.”

“We do address how you get pregnant,” Reynolds said. “When the kids ask questions, we do answer them.”

Nationwide, 22 states and the District of Columbia require sex and HIV education.