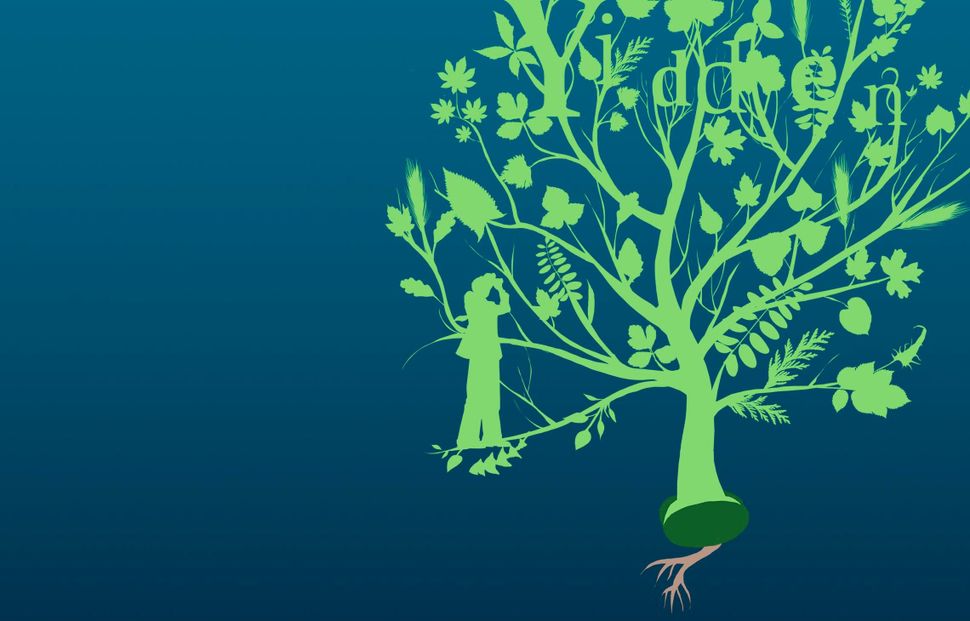 My first visit to a public library was at age 24 where I discovered, in the children’s section, a set of World Book encyclopedias. This was my first encounter with such a vast amount of general knowledge, and I immediately sought out the “J” volume; I wanted to see if there was an entry for “Jews.”

Indeed there was, and it filled me with mild astonishment, like the feeling you get when Googling some great-great-uncle, the one who, according to family lore, was semi-famous — a prize-winning mathematician, or the mayor of some city you never heard of. You were skeptical until you searched, and behold! He even has a Wikipedia page!

So, too, encountering “Jews” in a library encyclopedia was like discovering a page about my own family. Look! Jews are famous!

This was nearly two decades ago, and I was in for more surprises. Having lived as intense a Jewish life as I believed possible, I thought I knew all about Jews. I had a lot to learn.

One discovery among many was that in the pantheon of Great Jews, alongside King David, Rashi and the Baal Shem Tov, were names like Benedict Spinoza and Theodor Herzl. Who were they? I wondered. I learned about a man named Sigmund Freud, whose importance I could not grasp at all, and another named Steven Spielberg, who made movies that were apparently a big deal. I’d never heard of these people, and yet, the idea that we Jews were a thing, historic, famous, accomplished, with so many notable figures and our very own multi-page encyclopedia entry, filled me with extraordinary pride.

I had been raised within Hasidic Jewish communities in Brooklyn and Rockland County, New York, where access to outside culture was extremely limited, and information about the world was either withheld or filtered through the lens of ultra-Orthodox ideology.

The world, as it was presented to me growing up, was split in two: Yidden and goyim.

Yidden, of course, were us: Jews. More specifically, Jews like us. Men with broad black hats, and women with wigs or tightly bound kerchiefs. Families who kept the Sabbath with all the rules, and ate food prepared with only the strictest rabbinic supervision. Jews, one of my school teachers told us once, ate indoors and sitting at a table only — unlike goyim, who buy hot dogs from corner stands and eat them on the spot. We had Jewish supermarkets and Jewish taxicabs and Jewish shoe stores. Our Jewish world felt small, and it didn’t feel like it merited an encyclopedia entry.

I knew that there were other Jews, frei ones, who were not like us; they were Yidden, but as they behaved like goyim, we preferred not to think about them much. We hoped they’d see the error of their ways. There was some comfort in knowing they’d return when the Messiah came. We’d been assured of it.

The library, though, gave me access to these other Yidden, Jews so unlike us, but Jews nonetheless; to me, they felt like long-lost cousins. The library, along with newspapers, the radio and Internet access, would soon change entirely my views of the world. The encyclopedias, in particular, were like doors to a fantastical wardrobe with a secret universe beyond. Over time, as I graduated to the adult sections of the library, I developed interests in various subjects, from computer programming to creative writing to comparative religion, and with them, my life changed dramatically.

My view of Jewishness expanded; the world I lived in grew constricted.

I spent close to a decade examining the beliefs I’d been raised with, until it all crescendoed into a massive faith crisis and led me firmly away from Orthodox belief and practice. A rabbinic tribunal within my Hasidic community soon expelled me on the charge of “heresy” — a charge I did not dispute. My world imploded, my marriage of 15 years fell apart, and in 2007, at the age of 33, my life as a Hasid came to an end. Branded a “heretic,” I wore the label proudly and moved to adopt a secular lifestyle.

And what of Yidden and goyim? What of that bifurcated world that set us apart? What of the pride I once felt in my Jewishness, which bound me to millions of others? Was I left with any of it?

It is a question I often ask myself, but others, too, want to know: Do you still consider yourself Jewish?

It’s a puzzling question. Can a Jew shed his Jewishness? And if not — as I believe he cannot — why not, and what does it consist of?

Jews are neither a race nor a nation, nor a religious community, nor an ethnicity. While American Jews often mistake Ashkenazi culture for Jewishness, Jews are in fact as diverse a group as can be conceived; they do not all speak the same language, nor share a cultural background.

They don’t inhabit a single geographic area, and they certainly don’t vote alike in the countries in which they reside. Furthermore, not only might they practice their Judaisms differently, but some are secular, and others of different religions entirely. And still, they are all Jews.

I find cause to reflect on this as we enter the Jewish month of Tishrei, as it is the month’s biblical name, preserved for us in the Book of Kings and in rabbinic traditions, that reminds us of the essence of our peoplehood.

As others have noted, the word “Tishrei” appears nowhere in the Bible. (It is in fact not from Hebrew, but from the ancient Akkadian tasritu, “a new beginning.”) The Bible, instead, has a different name for Tishrei: Yerach Ha’eitanim. The Month of the Strong Forces.

According to the Talmud, eitanim — the strong forces — refers to the Hebrew patriarchs, Abraham, Isaac and Jacob, who, tradition tells us, were born in Tishrei.

Our people had not only kings, prophets, teachers and heretics, but also an origin myth of common ancestry. In the Bible, what we read about most often are not Jews or Hebrews, not an ethnic group or a religious community, but the Children of Israel, or the House of Jacob.

Myths convey truths as metaphor, not history, and in this case, the myth is a powerful one. We grew from a small clan to a tribe, then to a nation; then we dispersed across the globe, absorbed people from other nations and lost many of our own to others, but the myth of Abraham, Isaac and Jacob as not only characters in an ancient tale but also our very forefathers is deeply embedded in the Jewish consciousness.

What binds me to Moses Maimonides and Albert Einstein is not a shared ethnicity or religious beliefs; it’s a mythic kinship that is real even if ahistorical and nonbiological. It is so because Jews, in their collective consciousness, believe it to be so.

The noted scholar Rabbi Adin Steinsaltz, in his book “We Jews,” defines Jewishness simply and precisely thus: Jews are a family. “The connection of a Jew to his people,” he writes, “is not dependent on his being in any particular place or on some religious or cultural tie…. [It] does not necessarily involve anything more than the practical and emotional relations of kinship.”

Having left the religious community of my youth, abandoned its traditions, rejected not only its philosophies and worldview but also the very foundations of religious dogma of any kind, I have faced many questions — intellectual, spiritual, existential ones. Foremost among them, I have wondered: What does my Jewishness mean to me now? What does it consist of? What does it offer, and what does it demand?

Furthermore, must one have faith in order to derive meaning from Judaism? Can an atheist, a heretic, an avowed secularist or a godless materialist find value and meaning in Jewish texts? In ritual and practice? In the Jewish calendar cycle?

Over the coming year, in a 13-part series, I hope to explore these and other questions as they relate to each of the Jewish months. Peoplehood, faith, ritual and observance, lifecycle events, our attachments to sacred texts and Torah study — these and more are some of the topics that will arise. I hope to read and to consult with scholars, thinkers, philosophers, men and women who might have insight and inspiration to offer. I do not know where it will lead — if at the end I will find meaning in the traditions of my people, or discover that, peoplehood aside, they offer nothing but a vague sense of identity. This is a journey to the unknown, but with treasures to find, and I invite you, the reader, to come along with me.

Welcome, and may you have a sweet, blessed year.