Why Medicalizing Menstruation Is Bad for Women 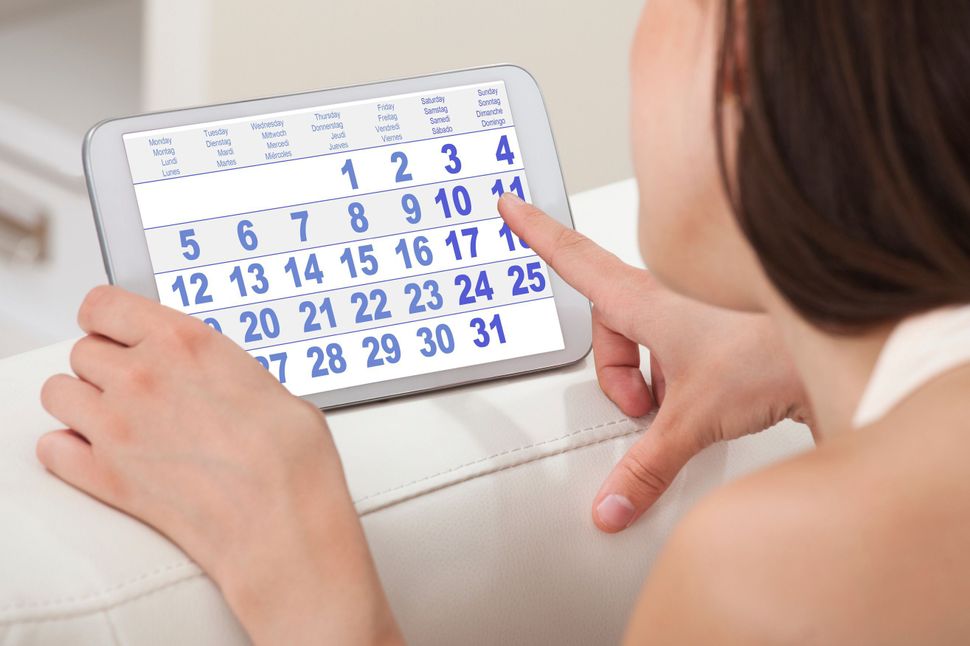 When I first read Alana Massey’s recent piece in The Atlantic, about period-suppression, I wondered if it was sponsored content for a pharmaceutical company, specifically Bayer, the makers of the Mirena IUD.

Massey interviews a number of women who’ve endured incapacitating menstrual cycles, and I can empathize. I have had painful, debilitating periods since the age of twelve, and often had to stay home from school two days a month in order to survive them. When unmanaged, my periods make me dizzy, weak, exhausted, and totally non-functioning.

Without alternative therapeutic interventions, I tend to bleed heavily and with much angst, and before my first day, I’m treated to an assortment of migraines, bloating, muscle aches, heart palpitations, tender breasts, nausea, anxiety and more. Yet would I trade this for no periods? Not a chance.

As a feminist, I wholeheartedly agree with Massey’s analysis of the feminine hygiene industry, one that seeks to shame us for bleeding. More importantly, I’m acutely sensitive to the current climate around reproductive rights. As I write this, the Republicans in Congress have just passed a bill defunding Planned Parenthood. I also empathize with Massey in other ways – as a child-free woman, I’m horrified that people would ask her about her childbearing intentions.

I’ve found that conventional OB-GYN’s are reluctant to go on record with criticism of hormonal birth control, even though the Society for Menstrual Cycle Research, a leading body of experts in reproductive health, have published papers against the medicalizing of our menstrual cycles.. Whether doctors won’t talk because of their relationships with the pharmaceutical industry or concern over the politics of women’s health, I’m not quite sure.

The Pill changed women’s lives radically (and for the better) when it went on the market in 1960. In 1973, Roe v. Wade enshrined our reproductive rights in the law. We need both better medicine (hello, male birth control) and more legal protection for our bodies – for cis-gender women, trans men and women, and so on.

Like Katha Politt, I believe that abortion is a social good. When I lost my virginity, got pregnant, and had my first abortion at 19, I immediately went on the Pill because my doctor told me to; other options were not discussed. I became a different person almost overnight. I was depressed, anxious and paranoid. I gained weight, maliciously fought with my boyfriend and accused him of cheating on me, and basically lost my mind.

I will never forget the conversation I had over sushi with my best friend one evening at her Upper West Side apartment. (She’d been prescribed the same birth control pill by her gynecologist around the same time.) I told her how I felt, both emotionally and physically. Her symptoms were the same. Sharing our stories, we instantly knew that this was far from normal. We wondered why our doctors didn’t warn us about the side effects.

I stayed on the Pill for about two years all told, despite how awful I felt. The doc put me on a lower dose pill when I complained, but even that was a cruel and unusual experience: I was more than happy to return to severe cramps and migraines. Yet after the Pill, my body was not the same for years. My symptoms, in fact, were far worse than before I went on it.

This happened more than a decade ago, but in some ways I’m still recovering from it. My dear friend has had a different, and far more devastating experience than I have – early onset menopause. We’ve often discussed whether or not our time on the Pill is what did us in. This may seem anecdotal, but a quick Google search using the term “the pill gave me” reveals many thousands of stories of everything from acne and depression to strokes and mental breakdown.

One other important issue that’s rarely discussed: hormonal birth control often kills your sex drive. For straight women, the irony of taking a drug to prevent pregnancy that also lowers your libido shouldn’t be lost on anyone. Most hormonal birth control (in many cases, even the Mirena IUD) prevents ovulation in addition to menstruation (the “period” you have on the Pill is not a period at all – it’s a withdrawal bleed). Shouldn’t we seek birth control that doesn’t interfere with our most basic carnal drives?

In cases of severe endometriosis or other serious illnesses, hormonal intervention is often the only therapy available. I believe bio-identical hormones for women in menopause are also well-tolerated and provide a better quality of life. Still, I’m incredibly distressed that women are suppressing their periods casually – because they simply find them inconvenient. Our culture of pill-popping, instant-fixes, and trust in doctors as gods seems to feed this trend. Some women seem to think that if they can permanently laser off their body hair, why shouldn’t they be able to stop their ugly, angry monthly flow? As one of the woman I interviewed suggested, we may be heading for an era of designer periods.

Sometimes it takes time, trial and error, and major dietary/lifestyle changes to have more pleasant cycles. I’ve learned how to manage my symptoms this way, and although I’d never tell another woman how to live, I wish more of young women understood that you don’t have to turn off your cycle in order to avoid suffering and lead a healthy and productive life.

Full disclosure: I wrote a book called “Eco-Sex: Go Green Between the Sheets,” I see a naturopath and an acupuncturist, I’m a vegetarian, I take herbs and make my own essential-oil spiked body oil. In some ways my deep dive into the health food store aisle came from my awful experience on the Pill. But that doesn’t mean I misuse or misunderstand the word “natural” – I research the biochemistry of every single remedy I try and would never dismiss an allopathic medical intervention out of hand. My menstrual journey has not been without serious inquiry and scientific interrogation. I’m not an anti-vaxxer or Big Pharma conspiracist. I eat well, do yoga, meditate, drink green juice and rely on herbs not because I’m anti-medicine – I do it because it’s fixed me.

One woman I interviewed told a story of such heavy bleeding that she often had to wear Depends as a teenager. Her doctor put her on hormonal birth control, which reduced her flow and helped her to live a normal life. In her forties, she was diagnosed with a serious fibroid, which she blames on long-term pill use. She went off the hormones for treatment and told me, “Just finished my first non-pill period in probably a decade, and am recalling the last time I went off the pill, and the sudden sensation of a whole new awareness of my body; it’s as in dreams where you suddenly realize your house has dozens of rooms you’d forgotten, the doors having been shut and passed unnoticed for so long, now open and there is light and air (and dusting and cleaning to do), but so much more to explore.”

This is the same thing I experienced when I went off the Pill – a fog-lifting, a powerful clarity and awareness of my body and mind. When you live in a cis-gender woman’s body, your reproductive life has complex and far-reaching consequences. Whether you choose to have children, not have children, have abortions, get your tubes tied, ask your partner to get HIS tubes tied, use condoms, experiment with hormonal birth control, use the pullout method and/or fertility awareness method, and perhaps most important – sleep with whomever you want whenever you want: it’s got to be your decision, and yours alone.

I only wish that young women would ask more questions before casually shutting down a part of their bodies that many of us regret having done even for a short time – one that we cannot undo.

Why Medicalizing Menstruation Is Bad for Women