The Definitive Guide to Joshua Kushner, Your Mother’s Dream Man 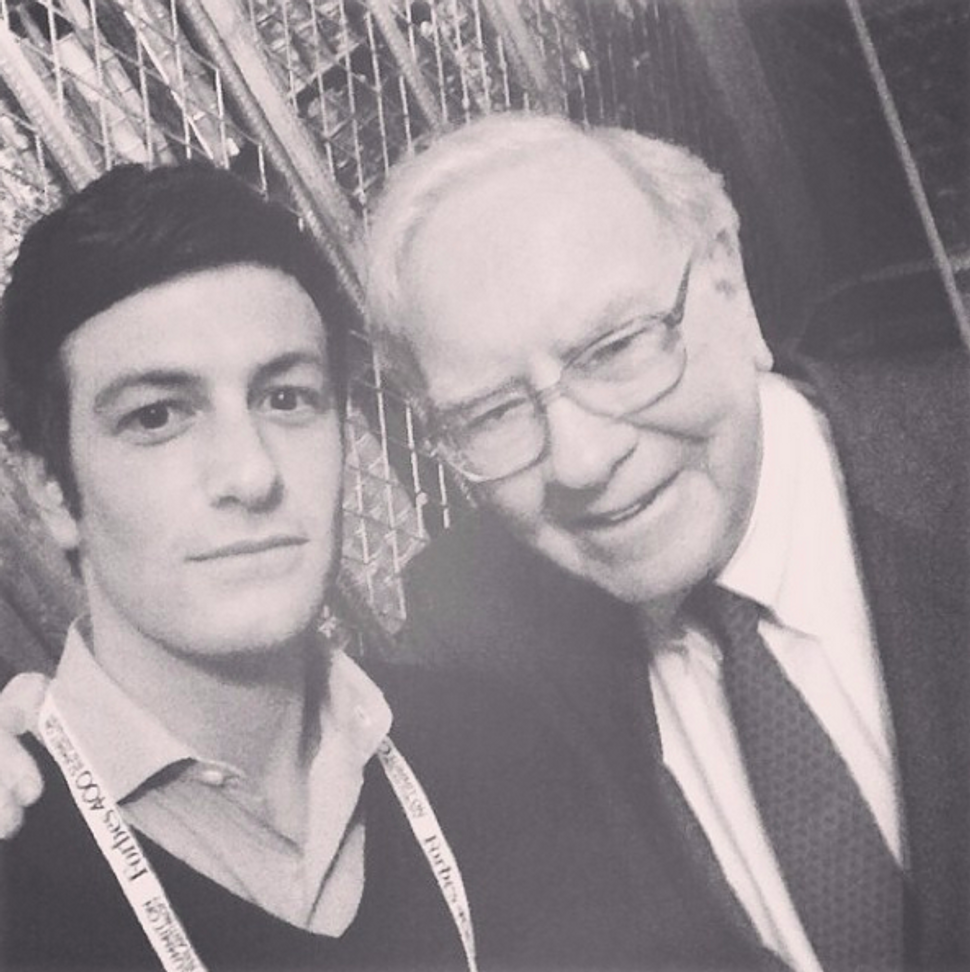 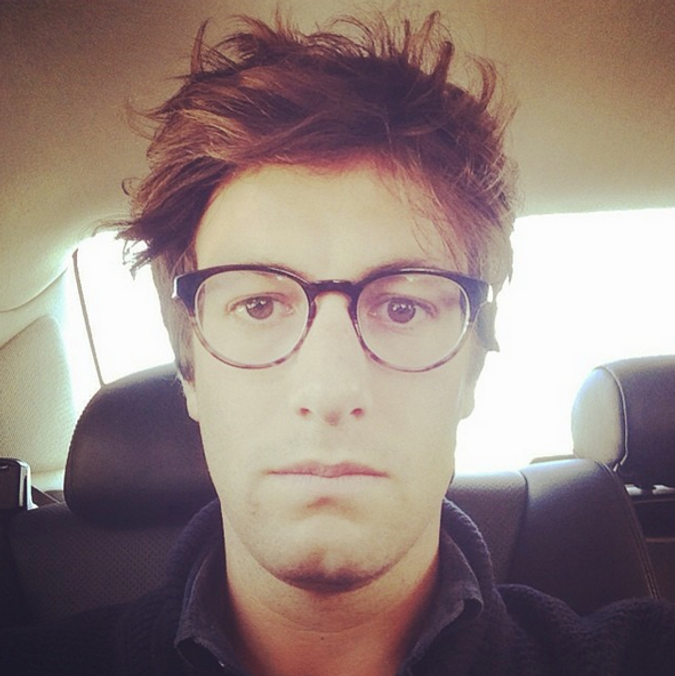 As one helpful Instagram commenter put it, Joshua Kushner is what would happen if Andy Samberg and Seth Cohen had a baby. While most Victoria’s Secret Angels surround themselves with rock stars, models, and DJs, Karlie Kloss, Angel extraordinaire, found herself a nice Jewish boy — just like my mother always wanted. Karlie’s the only Angel dating someone who looks like he’d be more at home on JDate than in the front row of a lingerie laden fashion show.

Kloss, Taylor Swift’s dopple and best friend of the moment, is most famous for her runway walk, healthy kookie brand, and recent enrollment at NYU (it’s okay if you’re a little jealous). She started dating Kushner in 2012, leaving Jewish girls everywhere with tears in their eyes while they perused JDate (after all, JSwipe wasn’t available yet) for viable options that weren’t already taken by Patrician models (see also: Adam Levine). Her Instagram is notoriously quiet when it comes to her love life), so you’ll have to look to Kushner’s for hipster snaps of the couple all over New York City.

Kushner’s the type of guy you might accidentally swipe left for on Tinder — but not on Hinge, where you’d see his impeccable pedigree. He went the Ivy League route (can you just hear your mother kvelling?). Harvard undergrad, followed by Harvard B. School. He’s basically Elle Woods, only with no Bruiser to speak of. His background is Jewish mother approved, which is an exceptionally difficult task. There are few men on this list, other than your 8th grade boyfriend who came from “such a good family” and your mother’s best friend from sleepaway camp’s son who you “just have to meet.”

His father, real-estate magnate Charles Kushner, was sentenced to two years in prison for tax evasion (along with a whole laundry list of other major faux pas). His brother, Jared, is a more handsome/less hipster version, but unfortunately he’s already wifed up by Ivanka Trump. It looks like both boys found the most WASP-worthy girls that NY Post money can buy—their parents can’t be pleased—but after their parents controversial past, they can’t exactly complain about the shiksas treating Yom Kippur like a juice fast. 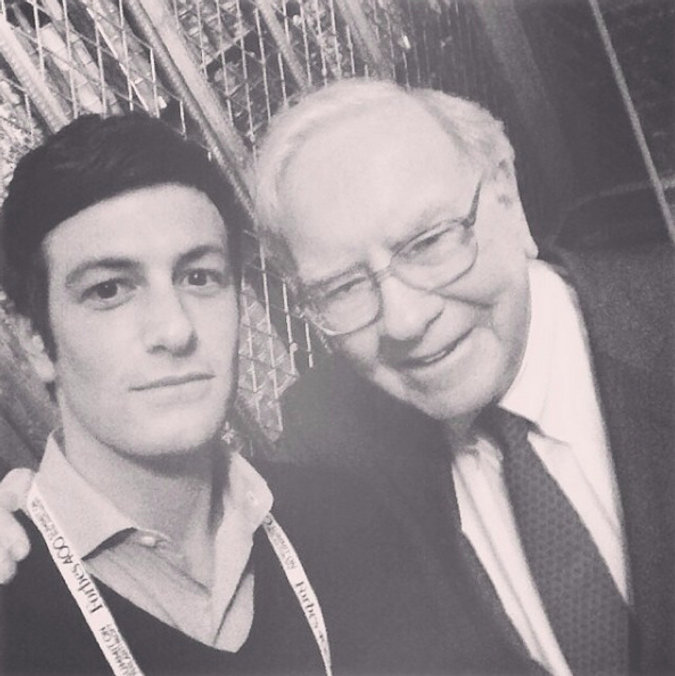 Joshua Kushner is heavily invested in Instagram, which means that he’ll understand just how important reaching that twelve likes status is to you. Your favorite social media platform to humblebrag, show off your fitspiration, and ‘gram egg goo is his baby. He’s like a more handsome, less intimidating Zuckerberg, who, incidentally, bought the app for $1 billion. The proof is in the Insta that Kush is a real mensch.

Instagram, however, is just a side project, much like Rodan + Fields. He’s a managing partner at the investment firm Thrive Capital, where he manages just under $1 billion. He’s also the co-founder of Oscar Insurance. Sure, dating Kushner would be impressive beyond belief, but his multiple endeavors would have you feeling way too guilty about Netflix marathons. No wonder it looks like Karlie’s always at SoulCycle. She even has her own koding academy going on, proving that his drive means you lose every excuse you had to be lazy. 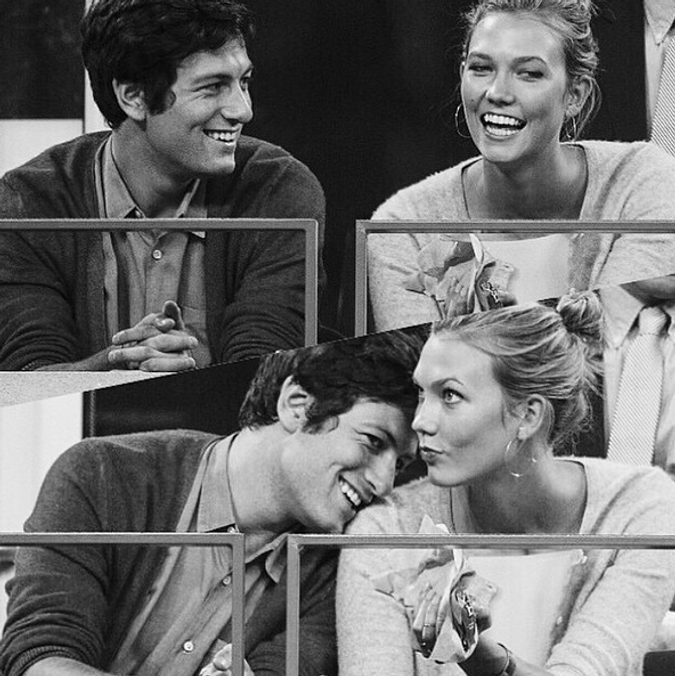 It all started when Kushner founded Vostu, an incredibly popular social-gaming platform in Latin America, from the comfort of his Harvard dorm room. Now, the company has 35 million registered users and 600 employees. While you were husband hunting at Hillel, he was too busy coding to make it. If that’s not enough to have you planning your inevitable wedding, this will be — along with his father and brother, he’s invested in GroupMe and Kickstarter. Sounds like fun (and funds) for the whole family.

If you’re wondering where you can procure your own Kushner type, so that your parents will finally stop asking if you’re “seeing anyone special,” you’ll have to cyberstalk the rest of his family to see if other eligible Kushner clan exist. After all, you have to have at least one shared Jewish geography connection to warrant an introduction.

Not only does Kushner come from a “good family,” (read that in your mother’s voice), his start-ups have been ridiculously successful. Disregard his father’s stint in the big house, and you have a dream man on your hands. The Kushner family deserves its own Kardashian style family saga, complete with Karlie’s kookies.

Before this (by this, I mean investigative journalism at its finest), I was only jealous of Karlie Kloss because she had impossibly long legs, an enviable best friendship with my (secret) spirit animal, Taylor Swift (please don’t tell anyone), and the chance to be near my favorite Hollywood handsome man bun, Hozier at the Victoria’s Secret Fashion Show. Now, I’m jealous of her NJB — nice Jewish boy(friend).

Joshua, if you’re reading this (and you are, obviously), please note that while my legs don’t go on for miles, I can already read Hebrew (okay, full disclosure, I can’t actually because I’m a Sunday school dropout). If you ever break up, with the help of Jewish geography I feel certain that we’ll eventually meet. And if that doesn’t happen, there’s always JSwipe.

The Definitive Guide to Joshua Kushner, Your Mother’s Dream Man