Demand for Israeli Combat Soldiers’ Sperm Is on the Rise 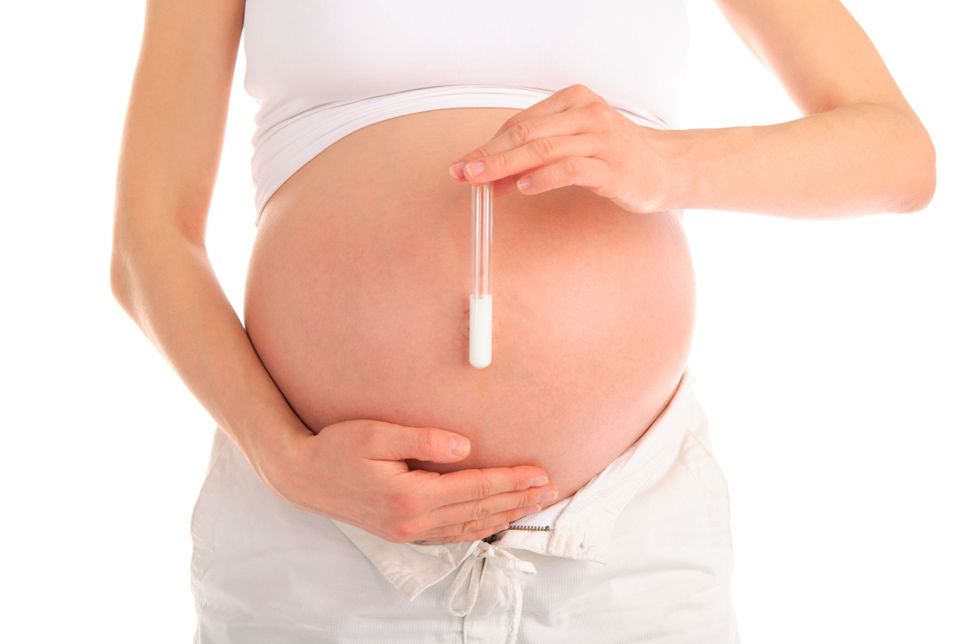 Some things are beyond me. I can understand a woman going to a sperm bank so she can have a child, and requesting a smart donor. That makes sense. I can even kind of understand a woman who, in contemporary Israel, chooses to have a blond and blue-eyed donor — assuming her wish stems from an awareness of the racism within Israeli society and a desire for her future child to have an easier life.

But why on earth would a woman want the sperm to come from a donor who’s a combat soldier? The demand for this type of sperm has grown recently, as reported on the Israeli Mako website. It’s unlikely the reason is that these males have a healthy profile, so what’s happening here?

Since I fail to understand why, I turned to those who might be able to explain the phenomenon.

Prof. Orna Sasson-Levy, head of the sociology department at Bar-Ilan University and a researcher of military and gender issues, believes that “the combat soldier embodies a set of qualities that are perceived as befitting Israeli men: physical strength; determination; courage; dedication; commitment; discipline; and mental health. He’s not just tall or successful, but encompasses many qualities combined. It’s hyper-masculinity.” The choice of combat soldiers is emblematic of society as a whole, adds Sasson-Levy. “The brave soldier is still a model of the hegemonic ideal and longed-for masculinity. However this model is undermined, with other alternatives presented, it is still the model that’s ultimately perceived as the right one,” she says.

Moreover, she notes, our thought process is based unconsciously on military thinking and processes of selection. “The social categories we refer to are based on military selection procedures. The cognitive system by which we differentiate between people is based on militaristic values. This happens not only in job interviews and on dates, but more generally when we try to evaluate the person facing us.”

This automatic judgment of people according to their military status is so ingrained in us that initially it seems self-evident. In fact, though, this is astounding. Militarism, it appears, starts within us, perhaps in our wombs.

Since we’re dealing with the magical encounter between Israeli militarism and the prevailing social imperative to be fruitful and multiply at any cost (if you’re Jewish, anyway), the question arises of whether this is a new and crazy phase of “the fertility revolution” — to quote the eponymous 2013 book by Prof. Yael Hashiloni-Dolev, which deals with this local obsession.

Hashiloni-Dolev (from the Academic College of Tel Aviv) points to several contradictions within this context. First, there’s a contradiction between the revolutionary act of establishing an alternative type of family and the traditional choice based on revering the image of a combat soldier. Secondly, she adds, “there’s something sad at play here. There’s an erasing of the male figure, along with a yearning for a male it would be better not to wish for — these types of males are often a disaster.”

This choice is an expression of a fantasy that is also present in other areas. For example, education and gender researcher Dr. Hagit Gur relates in one of her books that kindergarten-age children whose father has left home, or children who have no father, invent a story in which he died in battle. “They turn the absent figure into something heroic,” explains Hashiloni-Dolev. “When they try to compensate for the loss, they turn the father into a hero.”

As for women making these choices, Hashiloni-Dolev believes there’s an “identification with society, and a wish to be included in the consensus. It’s a conflict of the excluded — just like gay people who invite right-wing activists to their rallies. They want to be like everyone else, to be accepted.”

Hashiloni-Dolev also addresses the young men whose sperm is so in demand. As she sees it, they are also being exploited. She notes that “from a feminist perspective, I’d be happy to disabuse them of this old-fashioned view, according to which all these men want is to scatter their seed. That’s not always the case.”

In her latest research, which deals with the sensitive issue of having a child after death, Hashiloni-Dolev interviewed young men and asked whether they would want their sperm to be used after their deaths. Most of them totally rejected the idea.

The choice being made by some of the women who turn to sperm banks and seek combat soldiers as donors embodies not just the extent of how militarism and its values are embedded in our society. It also raises a more difficult question: What does the society these children are born into direct them toward? What awaits them when they turn 18, for example?

Demand for Israeli Combat Soldiers’ Sperm Is on the Rise