Why Intermarried Rabbis Will Strengthen the Jewish Future 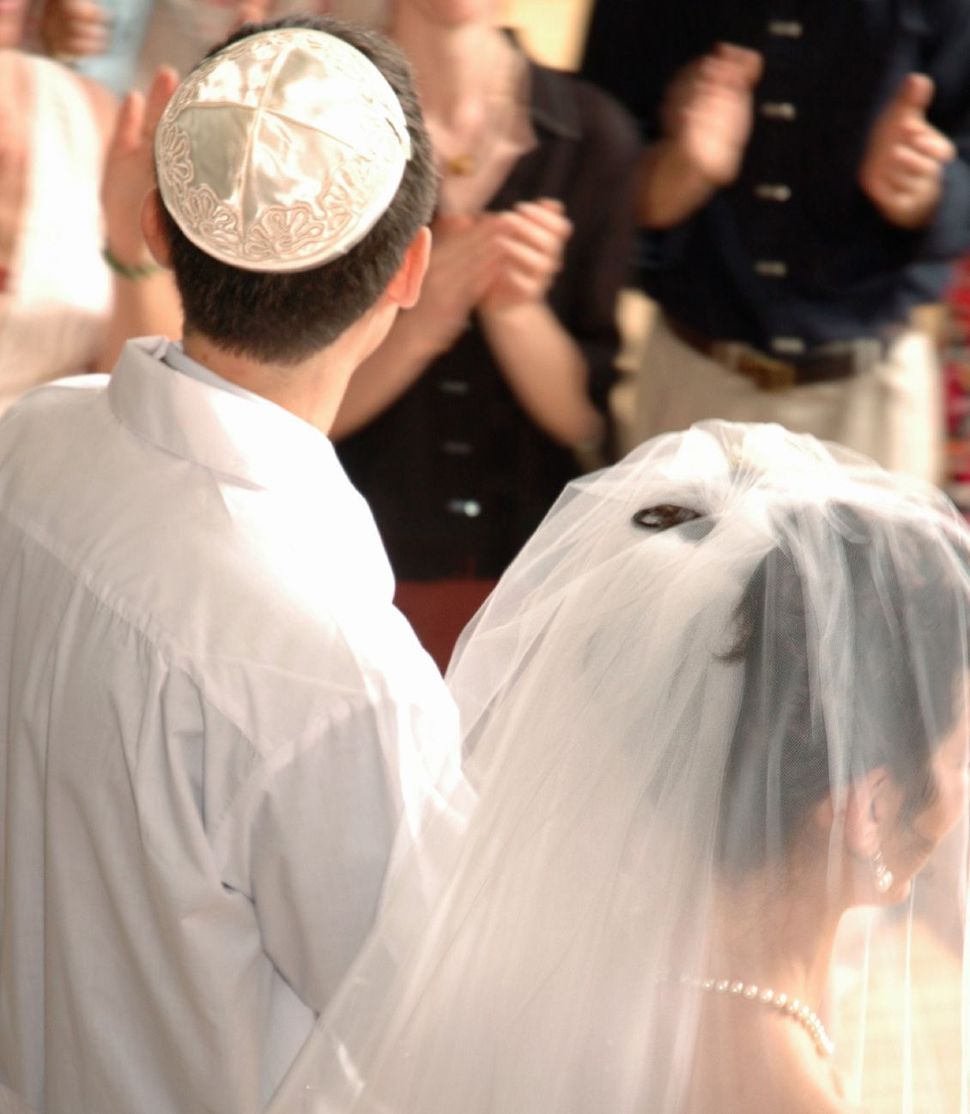 The idea that one must marry a Jew to be an effective Jewish leader, as argued in Jane Eisner’s recent editorial is outdated and counter productive to 21st century Judaism. Not only do intermarried Jewish leaders who already work in the Jewish community debunk stereotypes about Jews who fall in love with a “stranger,” they are exemplars for how to, in Eisner’s words, “offer bold ideas to make Judaism more accessible and welcoming, to strengthen commitment among those born Jews and encourage others to join.” Celebrating rabbis who intermarry is the way to walk the talk.

The Reconstructionist Rabbinical College’s new policy to welcome and graduate Jewish students who are in committed relationships with partners of other faith backgrounds is an excellent, forward-thinking decision. It epitomizes the founder of Reconstructionist Judaism Rabbi Mordechai M. Kaplan’s vision of Judaism as a dynamic civilization that reconstructs American Jewish life over time. Reconstructionism is not the same as it was before the decision; it is more relevant and meaningful to many of today’s younger Jews. Given the high rates of intermarriage in America and the relatively low numbers of rabbinical student applicants, the change in policy also makes strategic sense. Since more Jews are intermarrying and fewer are becoming rabbis, opening the Reconstructionist gates to intermarried rabbis increases the prospects of attracting a larger pool of future rabbis who might otherwise choose a different seminary or profession altogether. Like previous evolutions of Judaism have inspired, the potential gain for Jewish life far exceeds making more rabbis.

Predating the Reconstructionist change in policy by several decades, the Association of Humanistic Rabbis 1974 statement affirmed the freedom and right for individuals “to marry whomever they wish.” Rabbi Adam Chalom of the Kol Hadash Humanistic Congregation outside of Chicago and dean of the International Institute for Secular Humanistic Judaism, North America, points out that there is no marriage requirement for rabbis. A full-inclusion model does not ask which member of a congregation is Jewish. From this perspective, intermarriage is neither a positive nor a negative. If intermarried Jews and their families are to be truly enfranchised, Chalom argues, the same standards should apply to rabbis as to laity. Acknowledging that a Jew can be fully invested in perpetuating Judaism and intermarried — just as someone can be Jewish and attracted to someone of the same sex — is simply one more incarnation of who is a Jew and what it means to be Jewish.

“The choice on the rabbi’s part to inter-partner is not indicative of a lack commitment to Judaism” according to Rabbi Mychal Copeland, director of InterfaithFamily/Bay Area and author of the forthcoming book “Struggling in Good Faith: LGBTQI Inclusion from 13 American Religious Perspectives.” A graduate of the Reconstuctionist Rabbinical College, Copeland opines that accepting intermarried rabbis could foster deeper discussion about how Jewish communities handle inter-partnered Jews and their children. In addition to demonstrating that a culture of tolerating intermarriage is not equivalent to celebrating intermarried families, she hopes that the decision will illuminate how change happens. Just as one wouldn’t expect the male spouse of a female rabbi to bake cookies like the rebbetzin of old, says Copeland, rabbis’ partners today are not as involved in Jewish modeling for congregations and are often pursuing their own careers outside the synagogue. Thus, whether the rabbi’s partner is Jewish will not affect congregational life today as it might have in years past.

Assimilationist commentators are concerned that allowing intermarried Jews to become rabbis is part of the trajectory from European Orthodox Judaism to American Jewish extinction. This linear thinking is informed by the data that more liberal Jews intermarry combined with the assumption that intermarriage spells the demise of Jewish identity, communal involvement, and offspring. Yet this lachrymose theory of Jewish existence has done nothing to stem the tide of intermarriage; rather it is part of the reason why Jews who intermarry are stigmatized, treated as “less than,” and subsequently shift from more traditional affiliations to more progressive ones where they and their families feel truly included in the Jewish fold. Intermarriage is not the cause of assimilation; it is a symptom of it. To change how intermarriage manifests, we need to change how we think about it and be realistic about how our views and our adult children’s views may differ.

Susan Promisel, a congregant at the Reconstructionist synagogue Bet Am Shalom in White Plains, NY, is worried that the decision will lessen parental influence to discourage intermarriage. “If the rabbi can do it, why can’t I?” she envisions her children someday asking. As Jewish parents we would like to think that we have control over our children’s marital decisions, but this psychological vestige of arranged marriages has decreasing power in a country where the individualist ethos reigns. We can send our children to Jewish day school and summer camp, encourage them to date fellow Jews, participate in Hillel at college and go on Birthright, which will increase the likelihood of them raising their children to identify as Jews regardless of who they marry. But to think we can dictate whom they fall in love with in pluralist America is wishful thinking. Rather we should teach our children that even when rabbis intermarry, they are still Jewish.

Seeing rabbis — who have committed their careers, indeed their lives to Judaism —intermarry, create Jewish homes and raise Jewish children should convincingly illustrate how intermarriage does not inhibit Jewish involvement. Rather, as my research findings about intermarried Jewish women and men illustrate, intermarriage can cast Jewish identity into high relief and combined with parenthood inspire greater Jewish dedication. Intermarried rabbis are beacons of the potential fruits of inclusion: wholeheartedly engage intermarried Jewish couples and families and the Jewish future will be stronger.

Keren R. McGinity is the director of the Love &amp; Tradition Institute and the author of “Marrying Out: Jewish Men, Intermarriage, and Fatherhood” and “Still Jewish: A History of Women and Intermarriage in America.”

Why Intermarried Rabbis Will Strengthen the Jewish Future