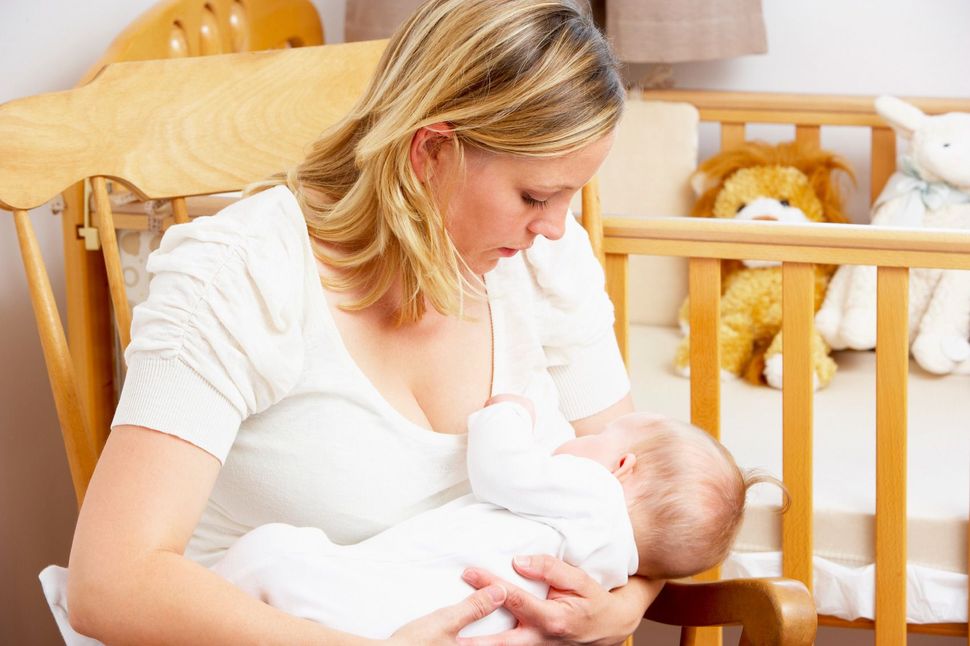 While reading this Sunday’s New York Times article “Overselling Breast-Feeding,” I couldn’t help but reflect on the emotional roller coaster that has been my experience with breastfeeding.

Prior to getting pregnant, I was not committed to breastfeeding. I thought I’d play it by ear and see how it went. I understood that not everyone who wanted to nurse was able to, and I tried not to apply added pressure on myself to perform if it was out of my control. I did not believe that “breast is best” and I, myself, was an exclusively formula-fed baby. Unlike the women I knew who attended La Leche League meetings, I didn’t cling onto nursing for the health benefits. My cultish ferocity to breastfeed stemmed from my desire to be my son’s one and only.

My torrid love affair with nursing began moments after the birth of my son. My minutes-old baby boy latched immediately and with a powerful force electrified my chest. I held him in my arms and watched in awe as this six-pound creature ate with little assistance. He was taking care of himself, and in turn, he was taking care of me. After hearing horror stories from girlfriends about sore, cracked and bloody nipples, lactation consultants, and zero milk production, I was relieved this came easily to him. I felt a chemical rush and an emotional high from our symbiosis.

I continued to breastfeed, but every day I entertained the thought of quitting. I felt drained and my body ached. Whenever the baby had an upset stomach or was gassy, I blamed myself and scrutinized every morsel that had gone into my mouth that day. I experienced clogged milk ducts that became so painful I spent hours in the shower massaging my chest under hot water. I woke up every morning engorged. Due to my unequal distribution of milk supply, my right breast was a D-cup while my left was a measly A. I was sacrificing my body, my time and my energy for this little man, which confused the feminist in me.

I decided to nurse my son during the day, and express my milk at night so my husband could partake and give him a bottle before bed. As my son grew rapidly, the size of the bottle increased and I struggled to keep up. My self-worth was determined by the amount of milk I pumped. Anything less than 5 ounces would make me crabby and create self-doubt in my ability to be a good mother. Anything more, and I was King Kong.

Every evening I stood in my kitchen calculating the amount of milk in the refrigerator and the frozen reserves in the freezer with the precision of a biochemist in a laboratory. The days leading up to a week-long vacation caused sleepless nights as I tried to determine how much of my supply needed to be included in a cooler stuffed with ice. I had nightmares in which the frozen milk defrosted before we reached our final destination.

And despite these hardships, I persevered. My whole body relaxed when I heard my son gently purr in ecstasy. His strokes. His drunken smiles. Sometimes we would hold hands. My body’s ability to comfort him when nothing else could. I felt needed. I feared that once I switched to formula, I would be demoted.

Not every nursing session looked like a Madonna and Child fresco. There were moments when I texted behind his head, read a book, or checked the weather. There were also instances when he refused to eat and clawed at my chest. I would feel like a dejected lover as he pushed my breasts away from his face in disgust.

But I was addicted to our mutual dependence. He needed me to grow and I needed him to relieve me. This dance we practiced a few times a day became like air cycling in and out of my body, putting me in a peaceful trance.

I also admit that I wore nursing as a badge of honor. When friends and family would remark at how healthy and strong my son looked, I beamed with pride. His meaty body was a result of my milk. When my pediatrician said that despite coming from two very short parents he was in the 90th percentile in height, I felt like I got an A+ on my report card.

Nursing also allowed me a certain unspoken privilege. When I attended a family gathering, I casually handed my son over and watched as he was passed from person to person. He was petted and pinched, kissed and squeezed. Cousins, nieces and nephews drooled on his cheeks and wiped their mucous in his hair. Internally I cringed, but I comforted myself with the knowledge that in a few minutes I could scoop him up and announce it was feeding time. We would soon be reunited and holed up in a private one on one session. Nursing gave me a legitimate excuse for extracting him from the masses. It offered me a welcome respite from overwhelming public situations.

I vowed that whenever I started truly resenting breastfeeding so much that it affected my ability to mother in a calm and loving way, I would stop. I had faced many difficulties, and I certainly had anxiety over producing enough milk, but it never felt enough to tip the scale. Until my son turned six months old.

One day, I dressed my son in his first pair of blue jeans and a collared polo shirt. When I started to nurse, I was taken aback. Who was this man on my naked chest? I felt adulterous.

I was also exhausted. I wanted my independence back and the ability to leave my son for longer than a three-hour stretch. I was impressed that I nursed up until the six months mark and I was ready to wean.

I decided to do it slowly so it wouldn’t be a shock to my body. I slowly dropped one feeding and pumped a little less each day during that time. I gave my son bottles relying on what remained of my frozen supply. I was emotional about this being the end of an era, but I powered through. One night, through teary eyes, I texted a friend that I was sad this part of our relationship was ending. She texted back, “hormones on top of hormones.”

I rationally understood that the bond between my son and me would continue despite whether I nursed. I watched my friends who bottle-fed and who had the same intimate connection with their children that I had. But on an entirely visceral level, I didn’t trust that our connection transcended my milk.

I was nervous to give my baby formula, but I decided I needed to take the plunge before I weaned completely to make sure there were no issues with him taking it. During the middle of a Rosh Hashanah service, as the sound of the shofar blasted, I inserted the bottle of formula into my son’s mouth for the first time. He took one taste and pushed it away. I offered it again. After a few minutes, he drank an ounce but then refused the rest of the bottle. Suddenly, a rash spread around his mouth and chin. Hives appeared.

I motioned to my husband across the aisle that we needed to leave immediately. On our way home, my guilt reached new heights. I did this to him. I made him sick. I am selfish. Why did I have to go and screw everything up?

After doctor visits and allergy tests, we discovered that he did in fact have a milk allergy. While he could tolerate it via breast milk, direct contact with cow’s milk from the formula caused his breakout. The allergist explained that this is very common among infants and he will most likely outgrow it by the time he is a toddler. I researched soy-based formulas and hypoallergenic concoctions. But I also frantically tried to get my own milk supply back to where it was. I started pumping around the clock. I drank gallons of water. I went back to breastfeeding.

And then here I was back where we started. Semi-relieved that our nursing relationship was not over yet. Semi-frustrated that we remained co-dependent.

During this time, I am trying to create other precious moments to prove that our bond does not solely subsist on the breast. I want to believe that our relationship will only continue to deepen and that through my words and my support I will still be able to nourish him.

I thought I was ready to graduate from giving to my son on such a purely physical level. But that physical connection confirms my place in his life. One day, our relationship will be based on trust, communication, and understanding. But right now I am comforted that I can give to him in this way. I hope that soon I will feel confident in my ability to nurse him emotionally, but thank God for his milk allergy because I’m not there yet.