No, We Haven’t Lost the ‘War on Women’ 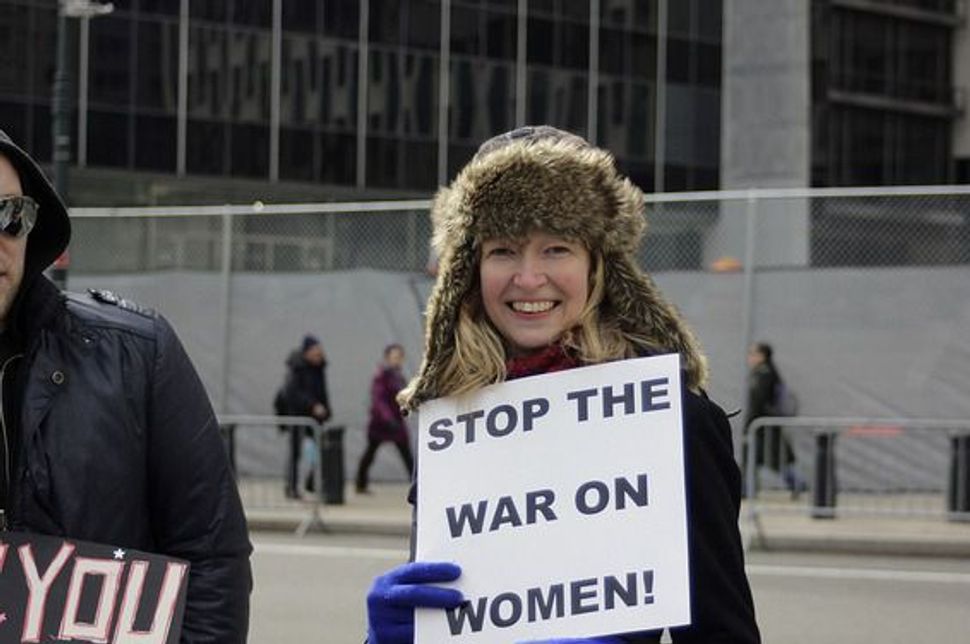 Stop me if you’ve heard this one before: The war on women is over, and women lost. In the past five years, states have enacted over 230 new abortion restrictions. Planned Parenthood is under constant attack and losing ground quickly. The promise of Roe v. Wade is lost, its precedents irreparably undermined. Basically, it’s over.

Yes, it’s a familiar narrative. Safe, legal, accessible abortion is a thing of the past, and we’ll soon be forced to admit our defeat. As someone who works on reproductive rights policy, I hear this frustration frequently, from friends and acquaintances. Why is the pro-choice movement always on the defensive? Why do our allies use language that stigmatizes women who choose abortion? Why are we allowing our freedoms to be legislated away? Why aren’t we more proactive?

The answer is simple: We are fighting back. Right now, there are two federal bills that would restore crucial healthcare access to millions of women – the and the Women’s Health Protection Act. These bills are the result of the dedication and passion of advocates, grassroots activists, progressive lawmakers, and every person who has steadfastly refused to give up the fight for women’s freedoms.

The Equal Access to Abortion Coverage in Health Insurance (EACH) Woman Act would end the restrictions of the Hyde Amendment, a ban on abortion coverage in government insurance programs. The bill would ensure crucial coverage for many millions of women: low-income Medicaid beneficiaries, federal employees, military women and families, veterans, Native women, and Peace Corps volunteers, among others. As an unplanned pregnancy can quickly destabilize a low-income woman’s financial security, insurance coverage for Medicaid enrollees is absolutely critical to ensuring that women and families can avoid poverty and build healthy futures. Federal employees and their families, a diverse group of millions of people across the country, shouldn’t have their insurance coverage restricted based on their employer. Native women using the Indian Health Services should not be subject to discrimination in coverage due to their source of healthcare. For military women and families, veterans, and Peace Corps volunteers, service shouldn’t mean sacrificing affordable access to reproductive healthcare. For those who want to help, the All* Above All campaign is currently mobilizing activists, advocates, and legislators in support of the bill, highlighting its discriminatory impact on low-income women.

The Women’s Health Protection Act would prohibit states from imposing abortion restrictions that apply to no similar medical procedures, restrict access to safe and legal abortion, and interfere with personal medical decision-making. The bill would end many of the tactics that anti-choice lawmakers and lobbyists have used to cut off access to abortion in states across the country: Laws that require abortion providers to have admitting privileges at a local hospital (impossible in many rural areas where the sole local hospital refuses to grant privileges to abortion providers); onerous building regulations that force clinics to spend millions on unnecessary renovations or close their doors; restrictions on medication abortion that contradict accepted medical protocols and make early-term abortion more difficult to access; mandatory waiting periods that force women to take days off work, drive hundreds of miles, and spend money they may not have; biased counseling requirements by which the state forces a doctor to recite a medically-inaccurate script designed to scare women; and ultrasound laws that override a doctor’s medical judgment, and add time and cost to an abortion procedure. All of these are examples of the ways in which the state interferes with a woman’s right to choose, her ability to access healthcare, and her essential need to receive medically-appropriate advice and care from her physician. Join the newly-launched Act for Women campaign to get involved, put pressure on lawmakers, and raise public awareness of the need for reform.

So for every person who has asked me, “Why aren’t we fighting back?,” here is your answer. This is our battle cry. Join us.

No, We Haven’t Lost the ‘War on Women’