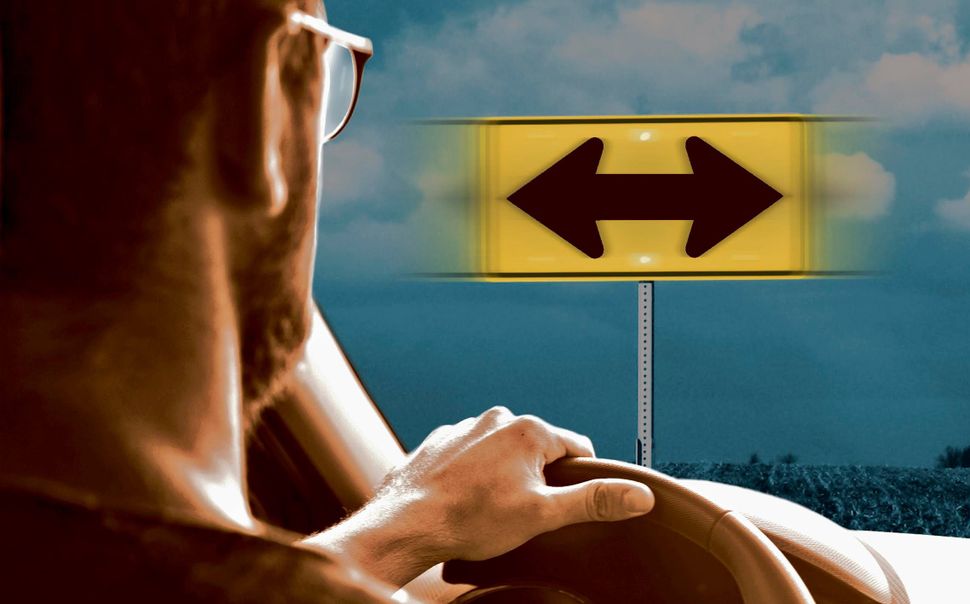 Ten years ago, at the end of a brief stay in Washington, D.C., I stepped into the gift shop at my hotel to buy a little something for my kids. I passed on the White House snow globes, Lincoln Memorial puzzles and sundry other souvenir-type tchotchkes. Then I noticed a glossy pictorial booklet with beautifully composed photos of Washington’s main attractions. Perfect, I thought.

Forget that, I said in an irritated mumble.

I left the store and headed to the underground parking garage, empty-handed. Or so I thought. As I opened my car door, I looked to my hand. I was still holding the booklet from the gift shop.

I must have absent-mindedly held on to it, and now I looked around, expecting a store clerk or a security guard in pursuit. There was no one. I had never, to the best of my knowledge, committed a deliberate act of theft — certainly nothing so blatant as shoplifting. Now I stood near my car and wondered: Should I go back and return it?

There was a time when I wouldn’t have hesitated. The Torah was clear: Thou shalt not steal. But I had rejected faith; I no longer believed in a divinely revealed code of behavior, and was fairly certain I didn’t believe in God at all. My heresy was still fresh at the time, and, disdainful of religious value systems, I felt myself sinking into a kind of nihilistic apathy: If there is no God, what really matters? Who is to tell us right from wrong?

No one, I decided, and tossed the booklet into the car and drove off.

Today, it seems strange to me, but at the time, although I had rejected religious belief, I held on to one thing axiomatic to believers: We need God to tell us what to do, how to behave. “If there is no God, there are no rights and wrongs that transcend personal preference,” one popular introduction to Judaism declares. This notion is so widespread that members of different faiths embrace an almost identical notion. Seventh-Day Adventist, neurosurgeon and current presidential candidate Dr. Ben Carson once said in an interview regarding the theory of evolution: “By believing we are the product of random acts, we eliminate morality and the basis of ethical behavior…. You can do anything you want.”

I chide myself today for adhering to this — it now appears so ludicrously, demonstrably false — but until about a decade ago, I, too, could not see it any other way.

That afternoon, as I drove from Washington to my home in Monsey, New York, I could not let go of the thought: I had committed a deliberate act of theft. This must be Wrong, but who was the authority to declare it so?

As I pulled into the driveway of my home after five hours of pondering the issue, I was struck by one of those rare moments of clarity, like an experience of personal revelation. My own obsessive ruminations, I realized, were not simply a response to my guilty feelings, they were also the source of them. It was my own inner voice, my troubled conscience, that demanded correct behavior and an accounting for wrongs. The very search for a basis for morality suggests that we develop our values first, and only afterward seek to ground them in something firm, something commanded, or at least reasoned.

It was a powerful moment, and it would sit with me for months and years to follow. Notions of right and wrong, I realized, come not from outside us but from within us. They are changeable, certainly, influenced by our environment — culture, personality, socialization — no doubt. But their essence, avoiding pain to other sentient beings and helping those beings survive and thrive, need not be commanded. It is within us.

I am reminded of this now, in the Jewish month of Cheshvan, which, according to tradition, is connected to one of the most enduring of ancient legends: the flood story recounted in the book of Genesis. It was on the 10th day of Cheshvan that Noah and his family, commanded by God, entered the ark that was to save them, and it was on the 17th day that the rains began to fall and the floodwaters rose.

The Bible gives few specifics about the sins that brought on the flood; it speaks mostly in broad terms: The earth was corrupted. The text hints not at sins against God, such as those the Torah would later command against — violating the Sabbath, say, or the dietary laws — but at something far more elemental: moral disorder. The one specific sin mentioned is chamas, which most commentators interpret as theft. According to the Talmud, “[the people in the time of the flood] violated everything, but their fate was not sealed until they committed thievery.” Nachmanides, the 13th-century Spanish Jewish scholar, explains that the prohibition against theft “is a rational commandment, and need not be instructed by a prophet.”

The Torah itself, in other words, tells us that we do not need the Torah, or God, for moral principles. We know right and wrong when we see them. Humankind brought upon itself the flood, because it ignored its own moral intuitions.

Michael Shermer, founding publisher of Skeptic magazine, demonstrates in his book “The Moral Arc” that humanity has been consistently moving toward moral progress rather than regressing, but it has done so not because of religious imperatives but despite them. “Most religions were pulled into the modern Enlightenment with their fingernails dug into the past,” he writes. One doesn’t need to look far to see that organized religion has often been blind to suffering inflicted in its name, from the crusaders to the Inquisition to radical Islamists; from abortion clinic bombers to ultra-Orthodox men throwing rocks at “immodest” women.

Religious ideas, however, can serve as poetic expression for the best of our human instincts, and it is for this reason that the flood tale is meaningful to me not as a historical event, but as a moral fable with a message so cutting that it bears reading and rereading. The God who brings the flood is archaic, vengeful, impulsive — all too human — but it is humanness that really matters. Because when religion, or ideology, or even cold, hard reason leads us on the wrong path, it is only the best of our instincts that can save us.

One might still ask: What is the source of our instincts? According to Shermer, it is the “principle of interchangeable perspectives,” the ability to imagine oneself in someone else’s place. In a word: empathy. It is no surprise that every major religion teaches some form of the golden rule. Furthermore, Shermer demonstrates, we have progressed morally as a species because of our improved ability to reason abstractly — a result of the spread of scientific thinking — and so it is possible to empathize farther and farther away from our kinship circles, extending the moral sphere to other sentient beings, even including animals.

Reflecting on this, I think back to my semi-accidental act of theft. The booklet delighted my children, but every time I saw them with it, I felt a touch of guilt. Truth be told, on the scale of wrongs I have probably done worse — insulted a friend, gossiped, made choices affecting other people negatively. But even now, I feel unsettled that I’ve never righted this wrong. And yet, it also does not strike me that sending a $35 check to a mega-corporate hotel chain will help any one person survive and thrive.

Perhaps, however, it was a sin committed for the sake of learning something valuable. To disabuse myself of my religious conditioning, I needed a shock to my system, and if a semi-accidental theft could shake me so, I needed no further proof that my conscience alone was all I had, and all I really needed.